Four years ago Jackie Thompson had a thought.

Running as a member of a Ragnar team in 2009, the Smithfield mother of five thought of her daughter, Jennifer Thompson Peterson, whom the family had lost three years earlier at the age of 33.

“When you lose someone, your heart never heals,” Thompson said. “Not a day goes by that I don’t think of Jenny, and I thought it would be so neat to do a team to remember Jen.”

Team “Run to Remember Jen” came as a result, and started with one team of 12 family members participating in the 2010 Wasatch Back Ragnar Relay. Now, nearly three years after Thompson and her daughter, Tori Meacham, created team Jen, it has grown to include two 12-member teams participating in the overnight run.

The family chose to register a second team in 2011 when an overabundant number of family members expressed interest in participating in the race. While a majority of teams run RAGNAR for fun and games, Thompson and her family run entirely in memory of Jennifer.

This is the third year that the “Run to Remember Jen” team has participated in RAGNAR, and the second consecutive year with two teams. Haley Cowdin, Jennifer’s sister, said it isn’t uncommon to have people approach them and ask about their team. There are also those that recognize the team’s vans and express their emotions and encouragements.

For Thompson, the preparation starts at least six months in advance between setting up training schedules and registering for the race. Each team is required to have two vans, as well as provide three volunteers to help with the race.

Family members get together a handful of times per week for training runs that are generally 5-10 miles, and Thompson said family members have told her that they think about Jennifer the entire run.

When tragedy struck in 2006, Jennifer left behind her husband Ryan and three children, Jayden, Ellie, and Skylar. In the years since, Ryan and the kids, – now ages 17, nine, and seven – have done what they can to adjust to life without their wife and mother.

“The kids seem to be doing pretty good,” Meacham said. “Skylar was really little, so he doesn’t really remember much, but Ellie remembers quite a bit and Jayden has a lot of memories of (Jennifer).”

Family members remember Jennifer as a giving, caring and selfless person who put others first. Cowdin recalled Jennifer taking an elderly neighbor to and from doctor appointments and grocery shopping each week, and said Jennifer made an impact on everyone whose path she crossed.

For the Thompson family, running Ragnar is about being together as a family and remembering that spirit.

Meacham said Jennifer loved having the whole family together, and that the race has created a unique bond between family members. Cowdin added that it keeps the family going to come together and remember Jennifer.

“We had to make two teams because people come out of the woodwork wanting to run,” said Cowdin, who is running the race while 5-months pregnant. “My husband hates running, but we do it to be all together and run for her. I’m sure if we got the word out more we’d have a race just for her.”

The team is made up of Jennifer’s parents, siblings, aunts, uncles, and cousins. Team members will alternate running legs of the race that starts in Logan and winds through the Wasatch Mountains to Park City. Each team member runs three legs of the race, and each leg varies in distance from 3-10 miles.

Team members of “Run to Remember Jen” vary in age from 14 to 62, and all have a different level of running ability. Thompson said that beginning runners tend to run the shorter legs, while the more experienced runners take the longer legs.

On top of the physical expenses, team “Run to Remember Jen” and all other teams paid $1,500 to register for the race, and are responsible for gas and food expenses for the duration of the non-stop race that lasts approximately 24 hours.

But despite all of the sacrifice, preparation and in-race struggles, members of “Run to Remember Jen” said it’ all worth it to remember Jennifer.

“It means so much to me that my family would do this. It’s so much dedication and work,” Thompson said. “The pain is always there when you lose a child, and this in particular is a relief as a parent because everyone is running for Jen and you know they haven’t forgotten. I want other people to remember her too, and this is something we can do to have everyone remember.” 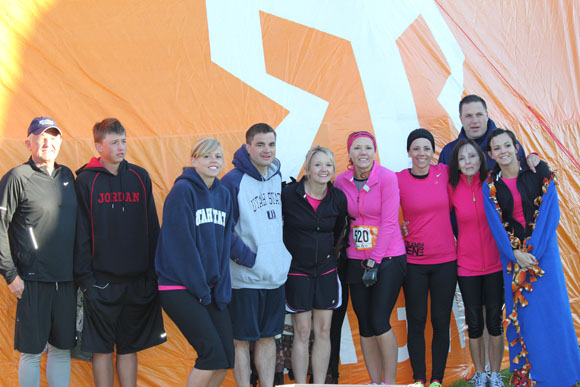 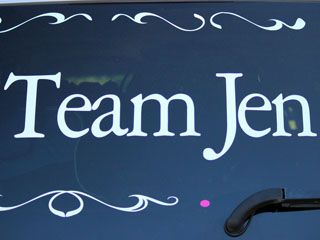