<strong>BOISE—</strong> It’s been three weeks since Utah State last played a football game – wrapping up the schools’ first ever 10-win season with a 45-9 drubbing of Idaho – and the Aggies are chomping at the bit to get back on the field. USU will have its chance Saturday, when the No.18 (No. 22 BCS) Aggies take on Toledo in the second game of the bowl season – the Famous Idaho Potato Bowl.

“We’re really excited, it’s another incredible opportunity,” USU sophomore QB Chuckie Keeton said. “Last year we were kind of excited about just making it to a bowl game, but now we’re more excited to go out and compete and win and just really rewrite the history we made last year, and hopefully come back with this win.”

The Aggies are heading to Boise for the second straight year after falling to Ohio, 24-23, in last year’s game. Similar to the Bobcats last year, the Rockets (9-3, 6-2) have had a solid season in the MAC – even reaching a national ranking before two close, late-season losses dropped them out.

Toledo is led by its junior running back David Fluellen who is currently No. 8 in the country averaging nearly 133 yards rushing per game. Fluellen – along with starting quarterback Terrance Owens – missed the final regular season game with an ankle injury, but is expected to be ready to go for the bowl game against the Aggies.

“(He is) a great back. He just finds the hole and he’ll hit it. We’ve got to take him out. He’s the best back we’ve seen all year,” senior linebacker Bojay Filimoeatu said. “We’ve got to take out the head, which is him, which is the running game. If we establish that, then I think we’ll take over the game.”

Offensively, the Aggies and Rockets have posted pretty similar statistics on the season, but defensively, the Aggies appear to have a major advantage. Toledo boasts one of the bottom 20 defenses in all of FBS, and has one of the five worst pass defenses in the nation. Despite that fact, USU head coach Gary Andersen is not taking the Rockets lightly.

One of those talented players is Toledo linebacker Dan Molls who leads the nation in tackles, with 166 on the season. Andersen compared Molls’ playing style to that of recent USU graduate and NFL linebacker Bobby Wagner. Keeton said while there is only one Bobby Wagner, Molls ability to find the ball reminds him of the Seattle Seahawk.

“He finds the ball a lot. A lot of the zone read stuff that I’ve seen with him against other teams, he’ll find his way to the ball, even though it can be in two different guys’ hands,” Keeton said. “He gives a lot of effort as well. Whenever you’re running every single play 100 percent, you’re going to find your way to the football.”

For the Aggies, though they are returning to the Famous Idaho Potato Bowl for the second consecutive year, they will be relying on a different cast this time around. Keeton will be making his first bowl start after suffering an injury at midseason a year ago and only playing sparingly behind senior Adam Kennedy after that. Senior running back Kerwynn Williams will also be making his first bowl start after playing behind Michael Smith and Robert Turbin who each rushed for more than 100 yards in last year’s game.

Defensively, senior cornerback Willie Davis has emerged as the Aggies’ premier cover corner, and will have a much bigger impact in this year’s game. Gone is Wagner and linebacker Kyle Gallagher, but redshirt freshman Kyler Fackrell, sophomore Zach Vigil, and junior Jake Doughty have stepped up to lead a defense that ranks in the top 20 in the nation in multiple categories.

“I feel like our defense, we always come out, so I’m confident,” Davis said. “The first thing is stop the run, and after that, force them to throw it in the air, and then that’s when the fun begins for me. I’m excited about that part.”

Davis has intercepted a pass in five straight games for the Aggies. His interception in USU’s upset of No. 19 Louisiana Tech ended Bulldog QB Colby Cameron’s NCAA record of passes completed without an interception, and then Davis returned his last interception for a touchdown against Idaho.

“We definitely have to start out fast. I feel like we’ve done a better job of doing that this season, and we definitely want to keep that streak alive,” Williams. “Starting out fast has definitely been one of our strong points, and I’m just excited to go out there and see what we can do against this team. They’re a good team, and I feel like if we don’t start out strong it’s going to be tough for us to come out with a win.”

“For these seniors this year to be able to say they’ve gone to back-to-back bowl games is something that they’ll never forget. I never had these experiences as a player, I was never really close as a player to having these experiences, so I know how valuable they are,” Andersen said.

“These kids, they don’t want it to end. They love to be around each other, they have a great time at practice, they’re excited about just being able to spend another week together. This is it now … there’s a lot of emotion that takes place as you go through this week. Their want to and their excitement to be together, these kids might strap another 13 games together if they had an opportunity. They love playing.” 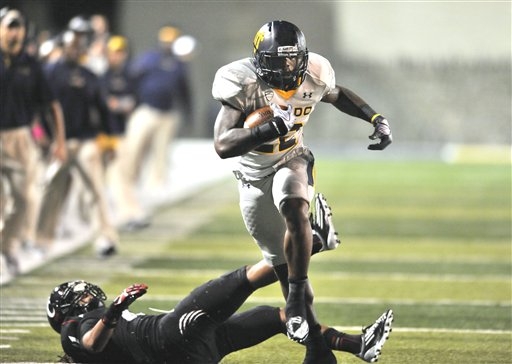