<strong>LOGAN—</strong> Utah State was outscored 50-36 in the second half but held on just long enough to escape with a 79-72 win against Nicholls State.

The Aggies started off hot, jumping out to a 43-22 lead over the Colonels (1-6) at halftime. Luckily for USU, that lead was enough to make up for a lackluster second half performance. Kyisean Reed had 20 points and Jarred Shaw added 19 more to lead Utah State. Nicholls State’s T.J. Carpenter led all scorers with 23 points on a night where four Colonel players scored in double digits.

“That’s our basketball team in a nutshell right there,” USU head coach Stew Morrill said. “That’s us right now. We can look really good like we did in the first half, or we can look really poor like we did in the second half. We’re very immature. We thought it was going to be easy. We have to credit them. They came out and played a lot better in the second half, and we relaxed. All of a sudden (Carpenter) makes three 3’s in a row because we don’t guard him, and we got ourselves a ball game.”

The Aggie defense held Nicholls State to 24 percent shooting from the field in the first half, including 15 percent from behind the arc. The Colonels offense looked much better in the second half, making 50 percent of its shots as Utah State struggled to stop the Nicholls State attack.

“We have got to get mentally tougher and start guarding the ball, individually really,” Reed said. “It comes down to not just guarding sets but guarding your man individually. That’s what it is a lot of time. I give them a lot of credit. They came out and played tougher in the second half.”

Yet again, Utah State had trouble taking care of the ball and had 13 turnovers in the game. Nicholls State only turned the ball over six times the entire game and capitalized on the Aggies’ mistakes, scoring 17 points off USU turnovers – 15 of those points came in the second half.

“We were up and then we got lackadaisical,” Shaw said. “We didn’t come out to play the second half. We just got to get better. If we play like that in conference we’ll end up getting beat real bad.”

The Aggies won the rebounding battle 41-33 but were outrebounded on the offensive glass 17-11. Some of that difference can be attributed to the fact that the Colonels took 69 shots – 22 more than the Utah State.

Reed had a monster of a first half with 12 points, nine rebounds, four blocks, two steals and an assist with no turnovers in his first 15 minutes.

“Kyisean was alive and active and Jarred scored pretty easily,” Morrill said. “Thank goodness because we needed all of them (points).”

Utah State will look to get back on track Friday as they face the Aggies from UC Davis in game two of the World Vision Basketball Challenge.

“We had a really good first half, really disappointing second half and are fortunate to win,” Morrill said. “On to the next game.” 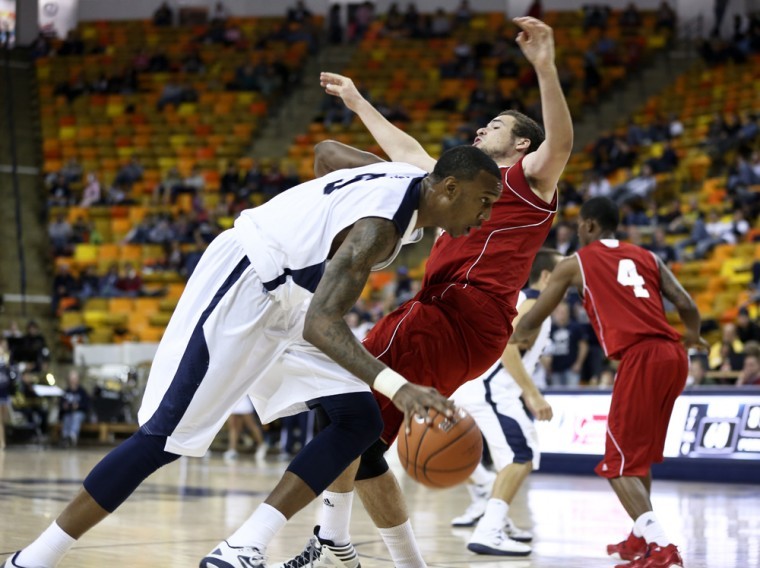