<strong>LAS CRUCES—</strong> After 13 straight victories Utah State received a major humbling and its first conference loss as the hands of New Mexico State. The red Aggies handed USU its first loss in 14 games Thursday, by a score of 64-51.

“We knew going on this road trip we were up against it,” USU head coach Stew Morrill said in a postgame radio interview with KVNU. “We were going to have to play a little better than we did. I thought they were much more physical than us.”

After a low-scoring first half, USU found itself down 23-18 at the half after Shaw hit a 3-pointer with time expiring. Utah State shot 25 percent from the field in the first half on 8-of-31 shooting. New Mexico State also struggled offensively, allowing USU to stay close throughout the first 20 minutes of play.

Both teams shot better after halftime with Utah State improving to 56 percent shooting in the second half. But that wasn’t enough to keep up with the home team as NMSU shot a blistering 69 percent on 16-of-23 shooting for the half.

“It’s hard when you can’t score to get excited,” Morrill said. “We were staying in the game the first half. In the second half they shoot 70 percent and it’s really not a basketball game.”

Utah State and New Mexico State both struggled to take care of the ball, combining for 28 turnovers throughout the game.

NMSU’s Sy not only led his team in scoring, but also added seven rebounds and was a defensive irritant to USU, who was outrebounded 33-26.

“Sy, he did about what he wanted out there and told us about it after he did it,” Morrill said. “There was a lot of that going on out there. They are very confident, they are very cocky. They made shots when they had to and I don’t really think it was as close as the score. It’s tough to win here and it’s tough to win a lot of places in conference play.”

Also with seven rebounds for New Mexico State was Sim Bhullar, who at 7-feet-5-inches is the tallest player USU will face all season.

“He’s just so huge in there, you have a tough time getting anything around the basket,” Morrill said. “I don’t think anybody on our team has played against a guy that is 7-foot-5-inches. It took some getting used to.”

One of the largest discrepancies in the game was at the foul line. New Mexico State shot 16 foul shots while USU was held to four – all of which came in the second half.

“It’s an athletic New Mexico State team like it is every time you play them” Morril said. “So give them credit, they did a really good job. We were out of sorts and we didn’t look like we had an offense during this game. Second half towards the end we started executing a few things and got some pretty good looks. But we would just break down and try to make individual plays and that is not our offense. That’s now how we’re going to win.”

“We’ve got a real tough one, obviously coming up on Saturday,” Morrill said. “You see what they did to San Jose, I mean Denver is just a machine right now and we’re not. We’re an okay basketball team that’s got to get better if we’re going to be in the upper half of this league.” 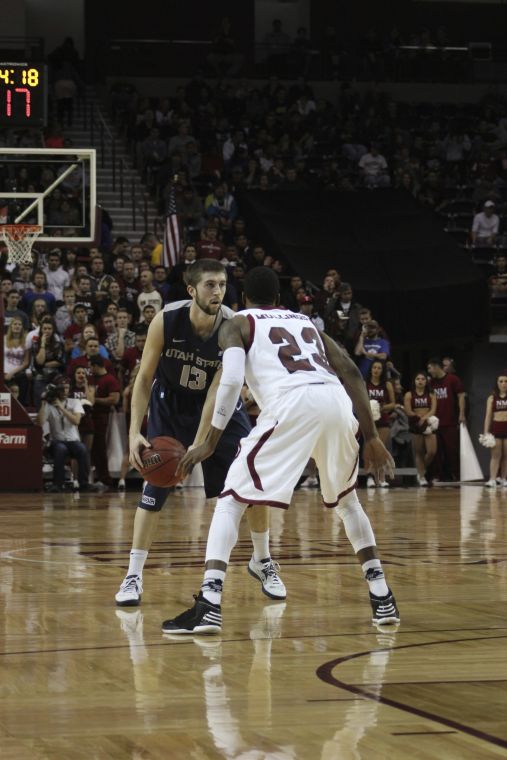 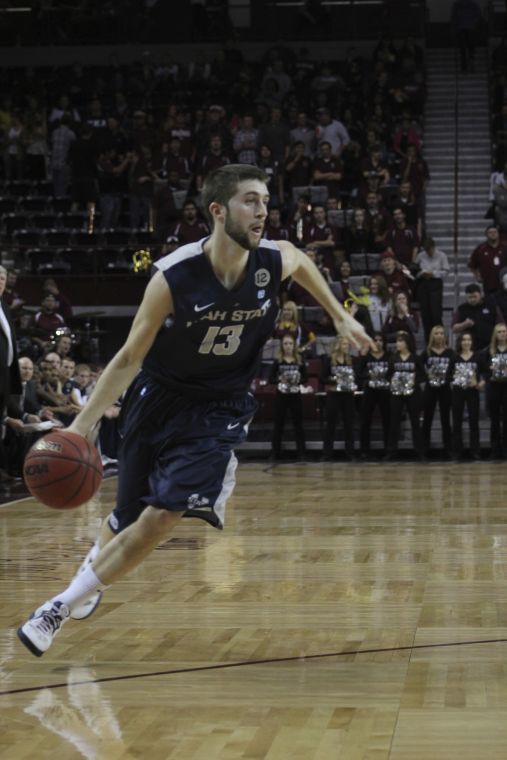 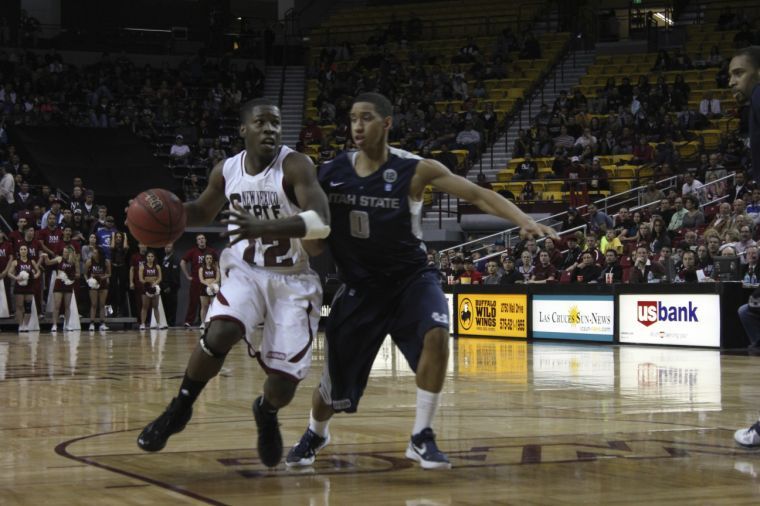