The weather also forced the closure of Sardine Canyon, US 89/91 after motorists reported icy conditions. Lieutenant Lee Perry, with the Utah Highway Patrol said troopers reported to three accidents – a vehicle rollover, a semi that jackknifed, and a minor accident involving a car sliding into a semi.

Perry said the worst part of the canyon was in the big curve area, between mile marker 16 and 14. According to Perry, in that area there was about two inches of ice on the road. The ice made traction impossible, even for trucks using chains. Several motorists called KVNU to report being stuck for more than an hour. Motorists were told to use the Valley View highway while Sardine Canyon was closed.

In Logan, police reported to three crashes and two slide-offs – all resulting in only minor injuries. Lieutenant Brad Franke said the storm was a wakeup call for motorists to give themselves more time when they’re driving.

“Leave a little early, slow down. When you need to stop, start your stop much earlier than you think you’re going to need to, so that you don’t slide into that intersection,” Franke said. “That’s when a lot of our accidents happen, when people don’t anticipate and they slide right into that intersection or slide into the back of people. So, just go slow and give yourself an extra 10 minutes to get where you need to go.” 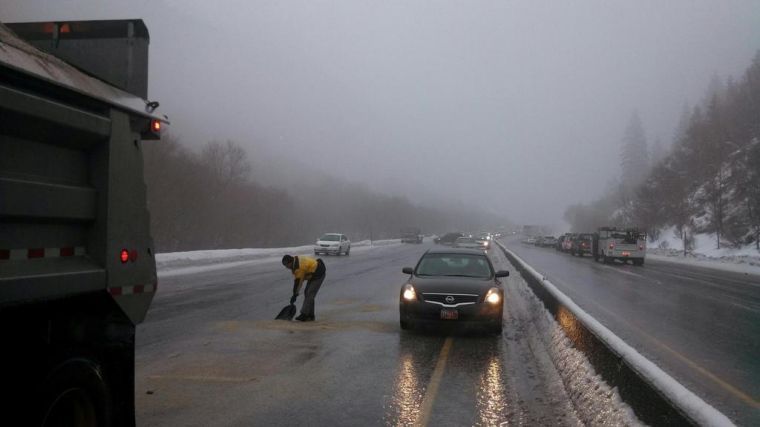