<strong>LOGAN—</strong> Utah State has had more than its share of trials and tribulations this season as it has dealt with defections, injuries, and a near-death experience. Through those trials, however, various players have stepped up. One of those players is junior wing Marvin Jean. Jean has had his own up and down year, and nearly didn’t make it to Utah State.

Born and raised in New York, Jean came to the Aggies via the junior college route, after playing for two years at Sullivan Community College (Loch Sheldrake, N.Y.). Jean said he immediately loved Logan and the surrounding area – both because of the scenery and the safety – and couldn’t wait to play in front of the Spectrum. He knew this was where he wanted to play basketball.

“When I was out here in the summer, we actually went floating down a river. We hiked a little bit and I actually hiked the mountains, and that was pretty nice, I liked it,” Jean said. “I was just in love with the scenery, looking at the mountains wherever you go.”

Despite making his decision, the smooth-shooting left-hander nearly missed his opportunity at Utah State. First, he injured his thumb, which required surgery. Then, word came out that there were some academic issues that had persisted longer than expected. Jean lost his scholarship, but rather than pursuing other options or staying closer to home, he made Utah State his top priority. After clearing up his academics, he paid his own way and technically became a walk-on for the Aggies with the promise of a scholarship his senior year.

“That was a long and winding road between the thumb surgery, and he knew he had some academic work to do, even his last semester of junior college, he knew he was going to have to do two classes in the summer to earn his AA degree,” USU assistant coach Tim Duryea said. “That took way longer than he thought, therefore, he could not come to summer school and get anything paid for. He came just for a little while, was working out on his own, hurt his thumb, had the surgery, and then from there things even got crazier.

“There was a long period there, where we didn’t think Marvin was going to make it because of a lot of extenuating circumstances. Give him a lot of credit for staying the course, and having a goal to play Division I basketball. This is where he planned on doing it, and he could have easily abandoned ship and taken the easier road close to home and he didn’t do it. We’re very fortunate. Nobody could foresee what’s happened to us (with the injuries), but he’s gotten a chance – maybe that’s been a reward for him to have the role his has, because of the persistence he had in getting here – and he’s been really good.”

Known initially as primarily a perimeter shooter, Jean has shown off more of his game in recent weeks as he has started to get to the rim and make some athletic plays at the basket. Jean has also become more comfortable with his midrange jumper as well, but still more often than not lights it up from beyond the arc. Along with his scoring – Jean is averaging 7.1 points per game since becoming a starter – the southpaw fills the stat sheet in other ways.

“He’s just a good teammate. He’s not selfish at all,” junior guard Spencer Butterfield said. “He passes the ball, he rebounds, he just does all the little things right. He’s a great player, and he can go off too. He’s definitely a threat offensively, and he brings some energy defensively too.”

Though it doesn’t show up in the stat sheet, defense is where Jean’s presence may be felt the most. He is the Aggies best defender on the wing, and is a big reason why USU’s opponents have seen their shooting percentages drop since he entered the starting rotation. Duryea also called Jean the best “post-feeder” on the team, and said that he’s a “master of making the difficult pass look easy.”

“He’s flat out been a stud,” Butterfield said. “He’s brought some defense and defensive energy to the team. He’s brought some hustle, he works really hard on the court. He can knock down some shots – that’s pretty obvious – if he’s open, there’s a pretty good chance it’s going in.”

Off the court, Jean is a typical 22-year-old. He enjoys playing video games – especially if it’s Call of Duty or NBA 2K13 – and is a big fan of Denzel Washington movies. He has five brothers, and is the second oldest of the group. His older brother played college football, and his three younger brothers are involved in various athletics.

Despite Utah being so far away from his family and in a place so completely different from where he grew up, Jean said his family is more than supportive of his decision to be an Aggie.

“They like it, they wanted me to leave. Being from New York, there’s a lot of trouble going on and stuff like that – especially where I’m from. So, it’s like, ‘Get out of here, just do what you have to do. Keep working hard, and get us all out of here,’” Jean said.

As important as fitting into a system and producing, Jean has also been able to gel well with his new teammates. Being an East Coast guy on a team full of West Coast players certainly has its moments though.

“Marvin is just kind of funny. He’s just like a goofy kid,” Butterfield said. “He comes from the East Coast, and a lot of us are from the West Coast, so it’s a different environment and a different culture. He’s always got new things he’s saying, and so we’re always laughing about that stuff. He’s just a good guy to be around.”

Having recovered from the midseason injuries, Utah State is again playing well having won five of the past seven games. The two losses were winnable games as well, as they both came on buzzer beaters. As USU closes out the regular season and makes a push for a postseason spot, Jean will continue to be an integral part of the team.

“Marvin is doing great. I couldn’t be more happy with Marvin’s effort, his mental makeup – where he was frustrated earlier in the year when he wasn’t playing as well, wasn’t getting as much time. He’s responded really well to the situation,” USU head coach Stew Morrill said. “He’s active and he can really shoot the ball. He plays hard and his attitude is super right now. I’m pleased with him.” 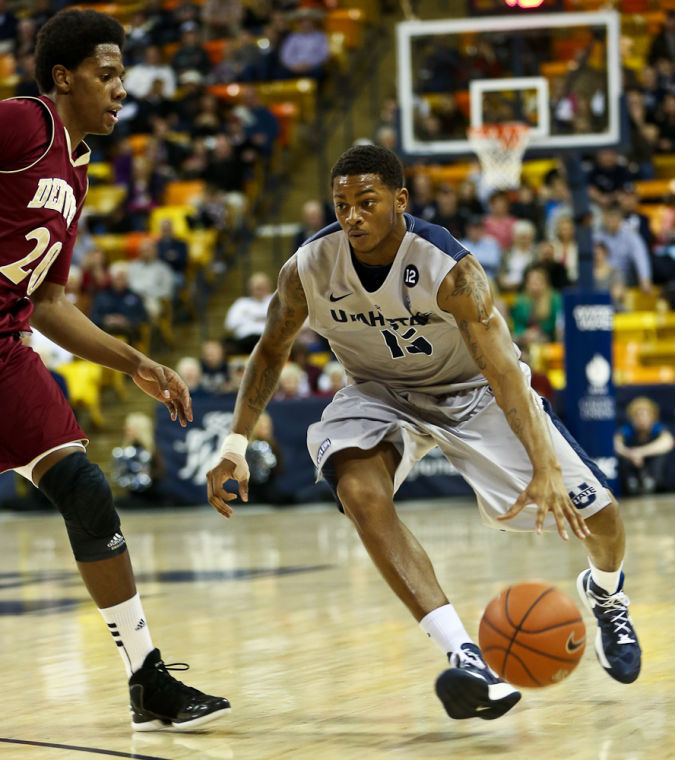 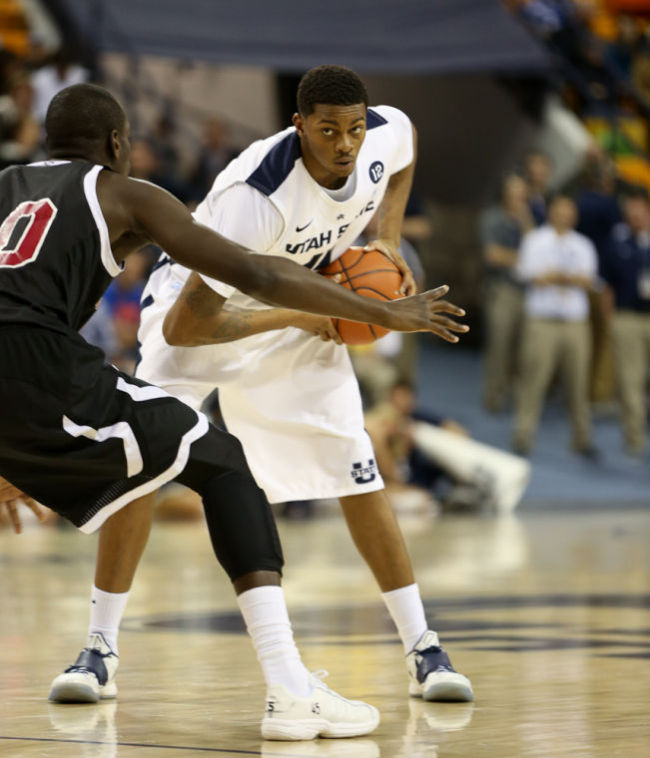 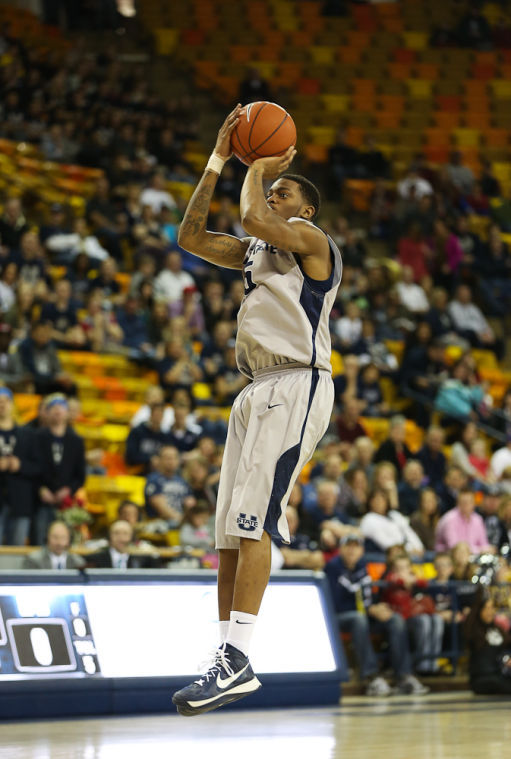