<strong>OGDEN—</strong> Two days after pulling off the biggest upset of the state tournament, the slipper still fit the Logan Grizzlies as they continued their improbable run with a 66-62 victory over the East Leopards in the 4A state quarterfinals. The Grizzlies used a big second quarter run to pull ahead of the Leopards for good and held on at the end for the win.

“This is great, I couldn’t be more proud of these guys. What a gutsy win against a good East team that has been ranked all year,” Grizzly head coach Logan Brown said.

Sophomore Tyler Brimhall once again led Logan with 19 points, while Luke Falk chipped in another 16 points for the Grizzlies, including 8-of-9 free throws. Parker Van Dyke, the top scorer in 4A, led all scorers with 20 points for East. Van Dyke was a perfect 12-of-12 from the charity stripe.

East led 15-14 at the end of the first quarter, but Logan caught fire in the second and built a solid lead. Brett Dickson started the quarter with a 3-pointer followed by a quick steal and a layup to put Logan ahead by four, but the run didn’t end there. Logan went on a 14-4 run over the first three minutes of the second quarter.

“This is exactly where we wanted to be,” Dickson said. “We made it close at times, but eventually we’ve done the things to make it here.”

Logan outscored East 23-14 in the second quarter and led 37-29 heading into the break. The Grizzlies were hot from behind the arc, shooting 57 percent from 3-point land.

It was East’s turn to make a run when the fourth quarter started. The Leopards went on a 12-1 run to start the final period and took the lead with 3:36 left to play.

“We’ve come a lot further obviously than we were at the beginning of the season,” Dickson said. “We’ve had our backs up against the wall for a week now. We’ve had to go out and win or we’re done.”

With the momentum heavily in East’s favor, Falk drew a foul against John Fakahafua and finished a three point play to help the Grizzlies take a 56-54 lead. The foul against Fakahafua was his fifth and the big man left the game with 3:22 remaining, a big loss for East.

With Fakahafua out of the game, Logan focused on getting Falk the ball down low. With 1:58 left in the game, Logan led 60-56 after two Falk free throws. East wouldn’t go away as Van Dyke answered with a layup on the other end of the court to cut the lead to two.

After exchanging free throws, Van Dyke scored again for the Leopards and cut the Grizzly lead to two with 20 seconds remaining. Brimhall then made two free throws after a quick East foul.

“They have a great player with Parker Van Dyke,” Brown said. “You started to see him come alive there at the end but until that point I was really proud of my guys and the way they defended him.”

The Leopards pushed the ball up the floor and Van Dyke took an off-balance 3-pointer with 10 seconds left. The shot fell short and East couldn’t get another good look at the hoop as the clock ran out.

“We’ve been in that situation a lot this year where we’ve had to gut it up,” Brown said. “We’ve had some that really stung us and some losses that really hurt, but now we’re sitting at these last couple when they really matter and winning.”

With the win, Logan creates an all-valley matchup in the first 4A semifinal game as the Grizzlies will play Mountain Crest tomorrow at 5:50 p.m. in the Dee Events Center. The Mustangs dispatched of Herriman prior to the Grizzlies game.

“The greatest thing I keep telling our guys, and I know they believe in it, is that we’ve got to do this thing in an uncommon way,” Brown said. “We’ve got to be an uncommon team. A week ago we were just hoping to make it to state and now we’re sitting here and if we get one more, we get to play in the state championship.” 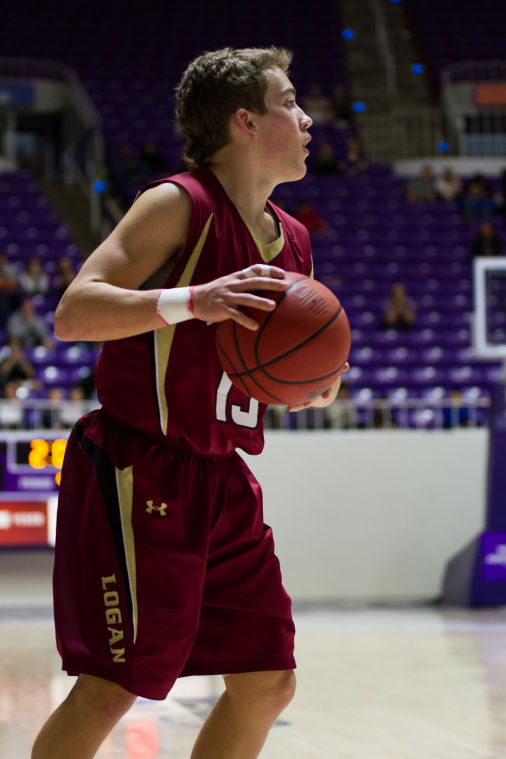 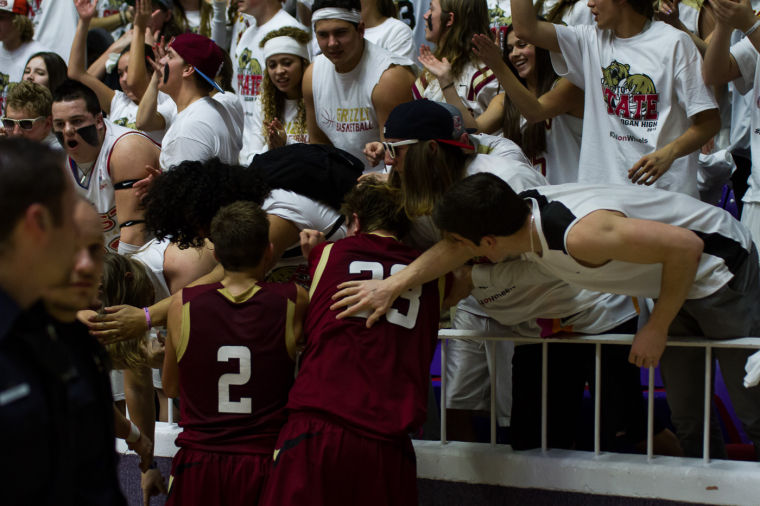 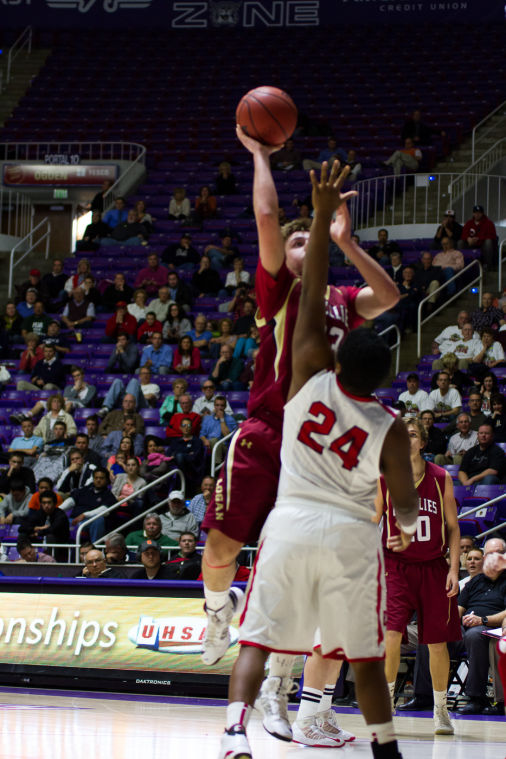 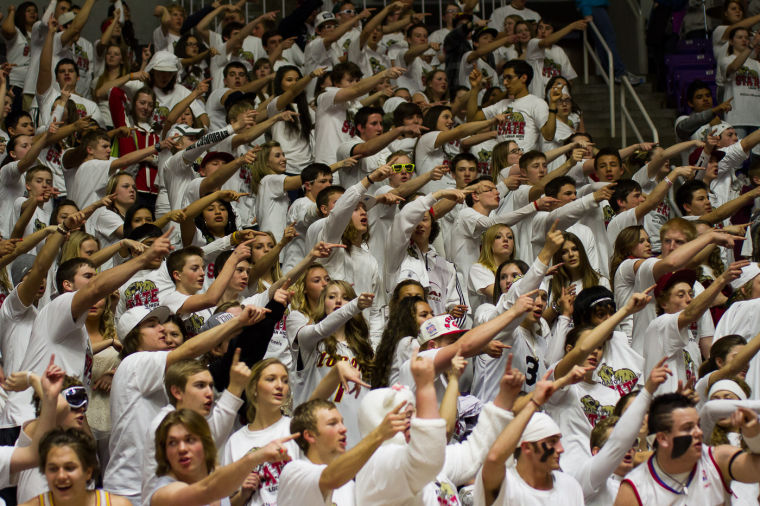 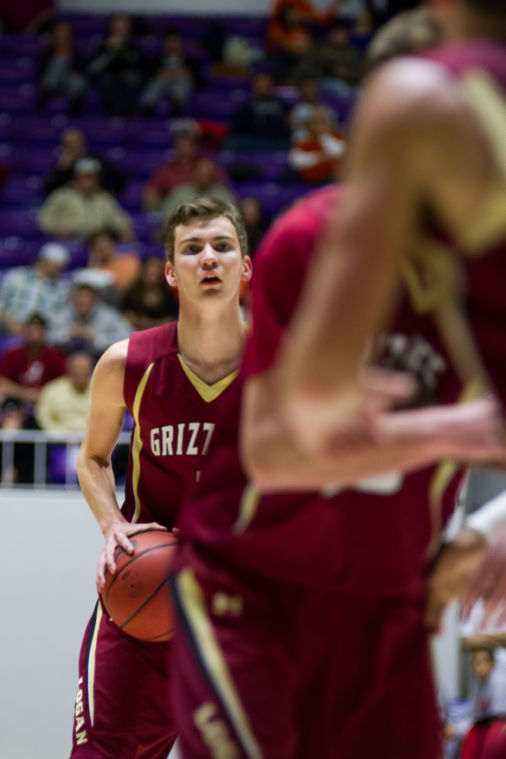 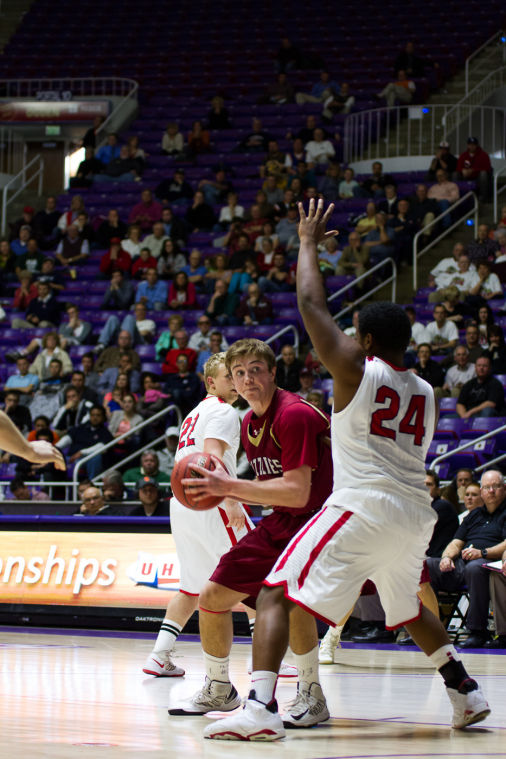 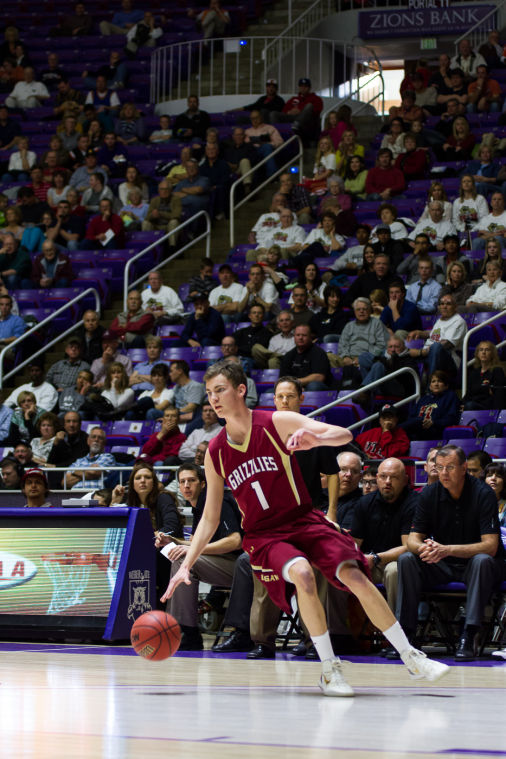 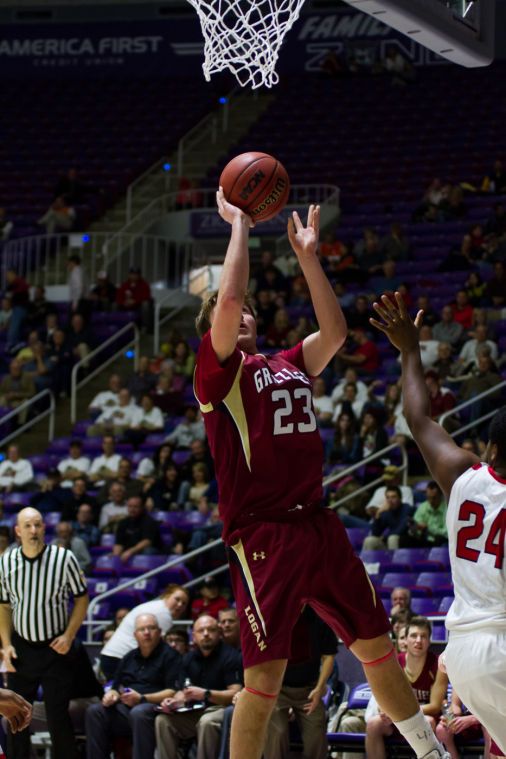 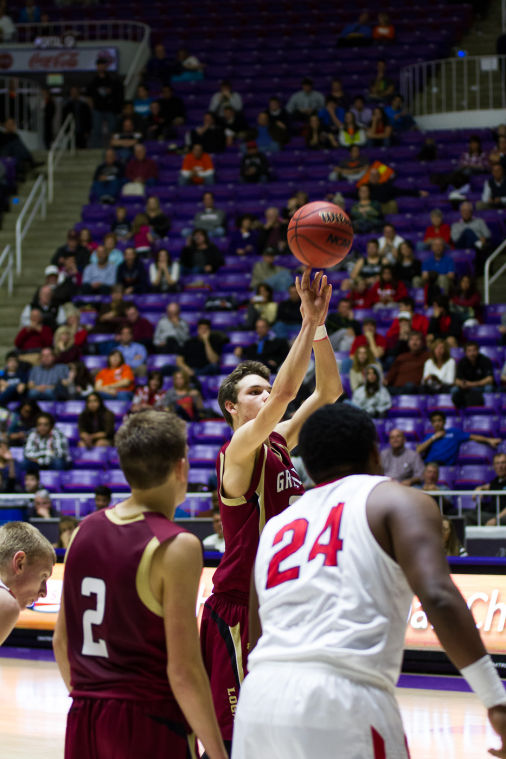 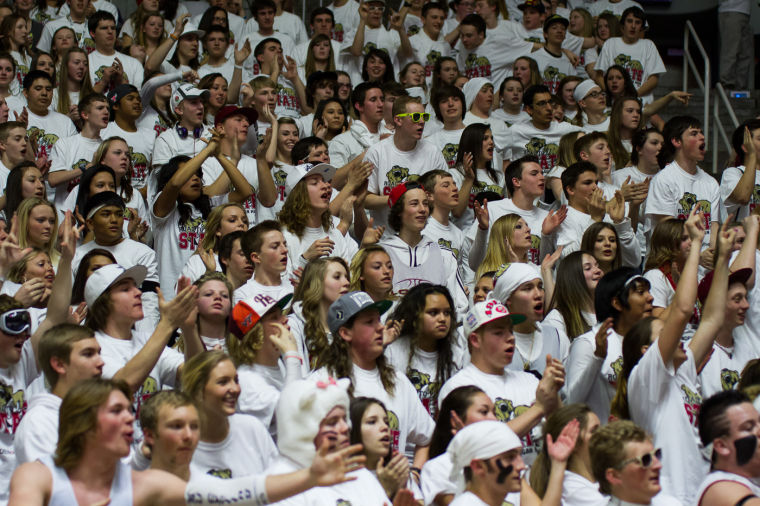 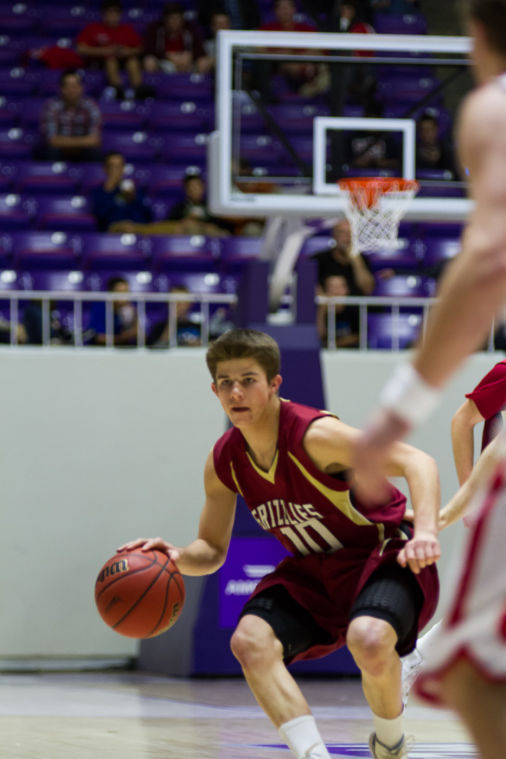 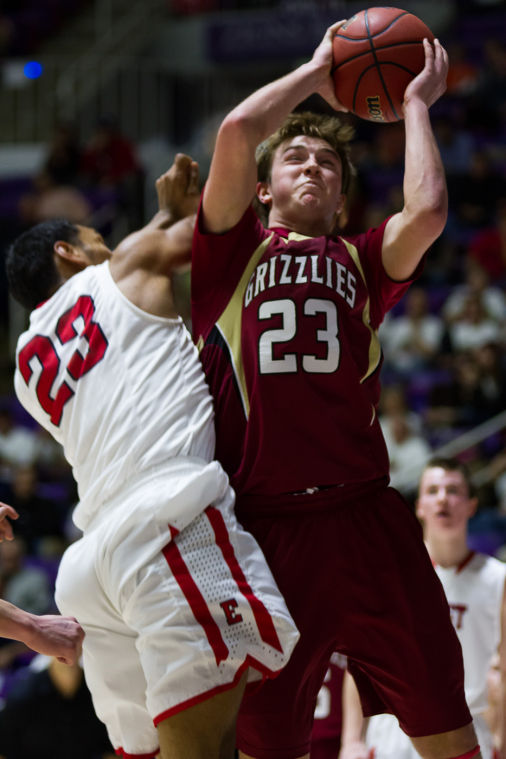 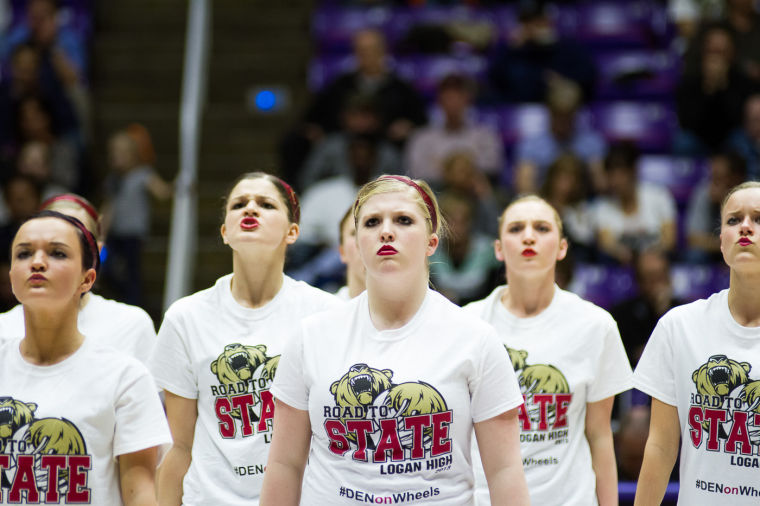 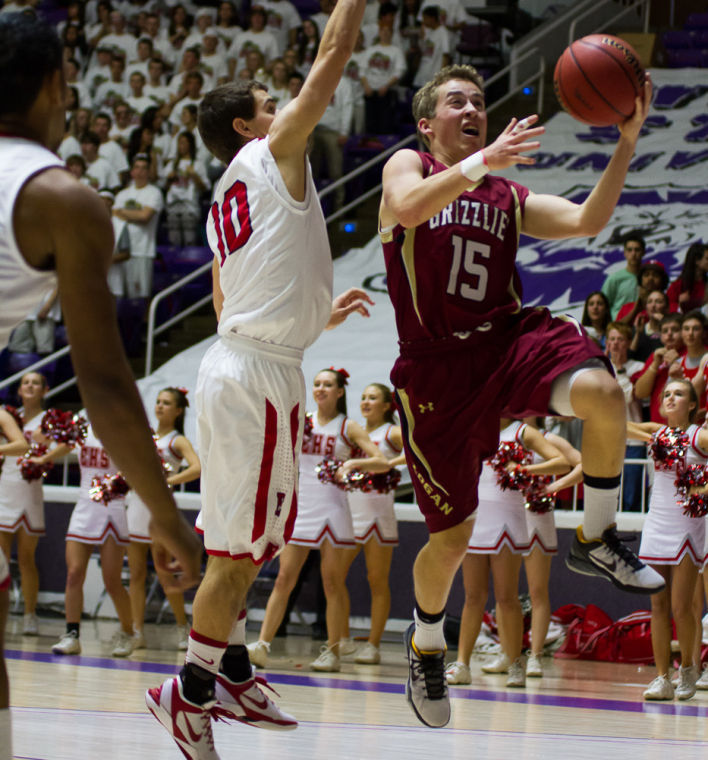