<strong>LOGAN—</strong> As the spring sunshine radiated down, the USU football team held its first official scrimmage Thursday afternoon at Romney Stadium in front of a few hundred spectators.

Defense dominated the day – as is often the case in spring ball – but the first team Aggie offense also had plenty of highlights behind the arm of veteran quarterback Chuckie Keeton.

“I really thought before I see the tape that there was a lot of give and take. The things that stand out to me are a couple. The offense taking the ball from the one and going all the way down, and then not finishing. On the flip side, we had some D-lineman stand up.”

After stonewalling the offense on the first possession, Keeton led the “O” on an 11-play, 60-yard drive that culminated in a nice four-yard pass to Brandon Swindall. Keeton also led a 92-yard drive that started inside the one yard line, but that drive stalled in the red zone and resulted in a field goal.

“That’s the mark of a great defense when you make somebody kick field goals. It’s not the yards, it’s always points given up and points scored. They stoned the offense out of the gate, the first series in the red zone. I thought there was some good give and take. We moved the ball on offense, but I wish we would have finished some things.”

Keeton finished the day 17-of-28 for 186 yards and one touchdown. Running back Joe Hill also had a solid day, rushing 13 times for 41 yards. On the receiving end, sophomore JoJo Natson showcased his speed and elusiveness with six catches for 69 yards, while Swindall caught four balls for 44, including the TD.

However, the first team offense was pretty much the only offensive unit that provided highlights.

As a whole the defense recorded five sacks, picked off three passes, and recovered a fumble. All three interceptions belonged to third string quarterback Jeff Manning who struggled on the day, completing just 1-of-10 passes for 18 yards to go along with the three picks.

“Today’s first scrimmage, it was pretty good. From the offensive side of the ball, there was a still a lot of things we can clean up,” Keeton said. “One of them, was ball security. There is no way we can win the game if we turn it over.”

“I feel we started off a little bit better than usual. We definitely bowed up when we had to,” senior defensive end Connor Williams said. “That’s something that needs to be instilled all the time. It can’t just be a mentality happens when we’re in the red zone. It has to be first and 10 when we have that mentality. That’s something that we have to work on.”

“We’re definitely going to have a chip on our shoulder this upcoming week, because we have a lot of work to improve on,” Keeton said. “Hopefully we can come out and have a better scrimmage next week.” 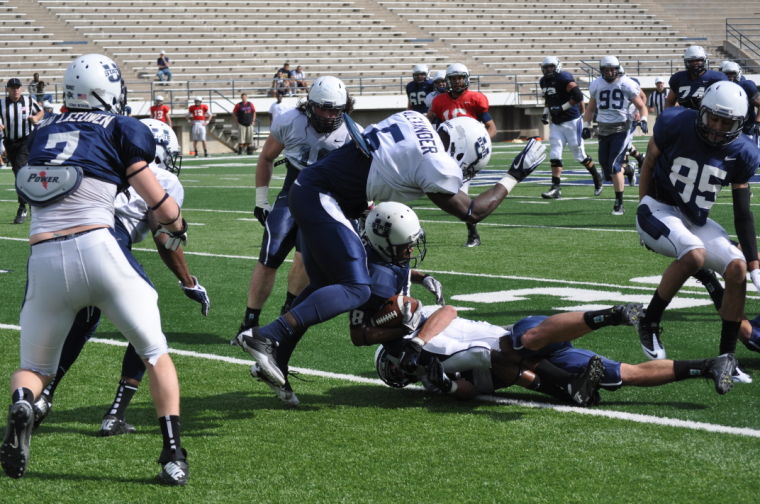 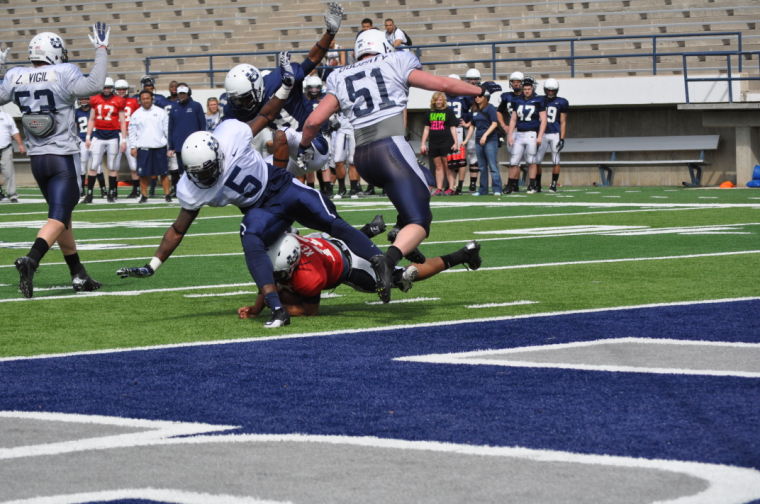 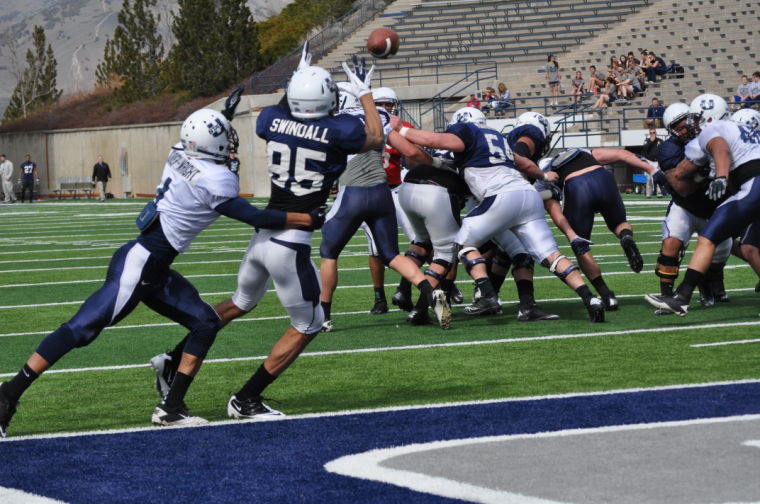 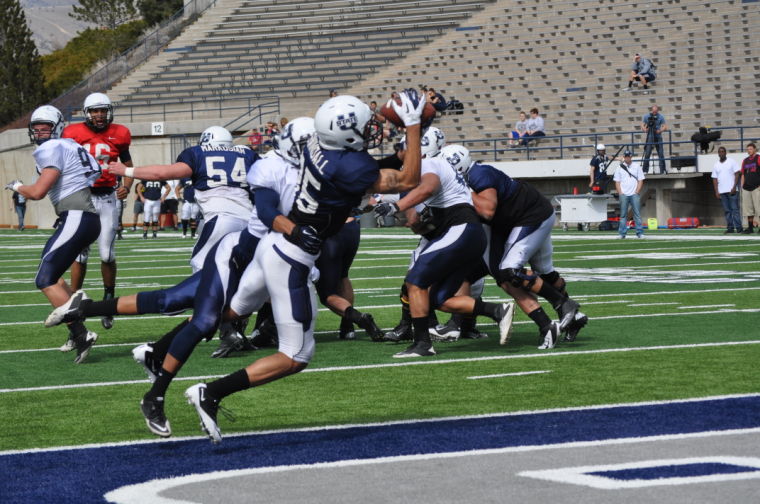 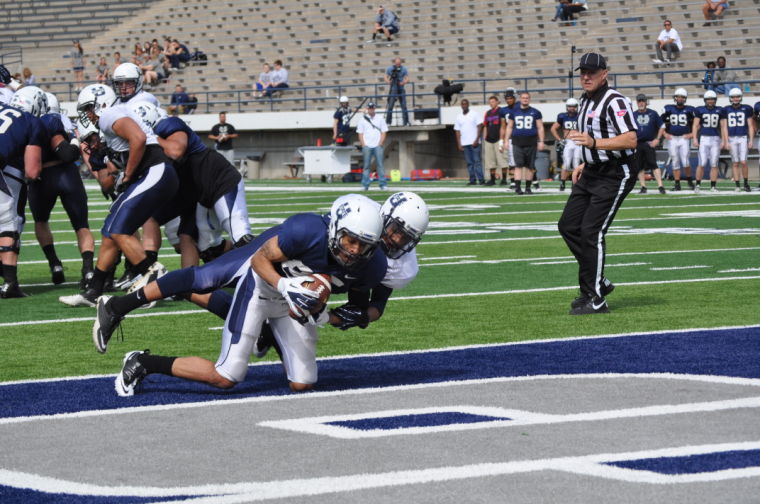 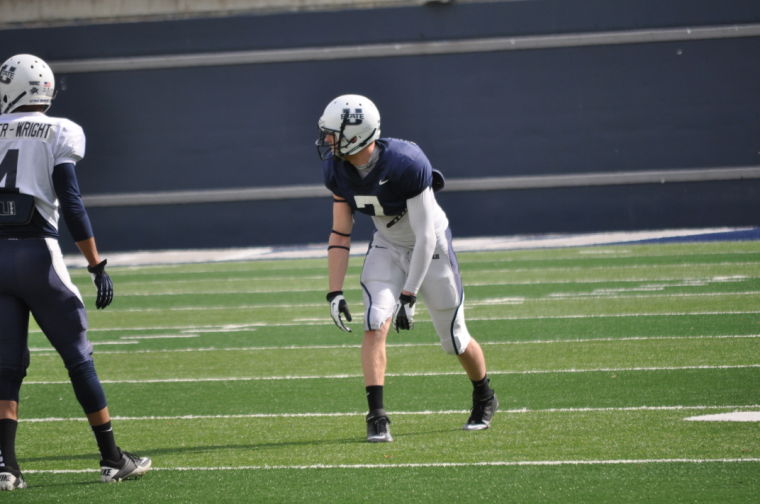 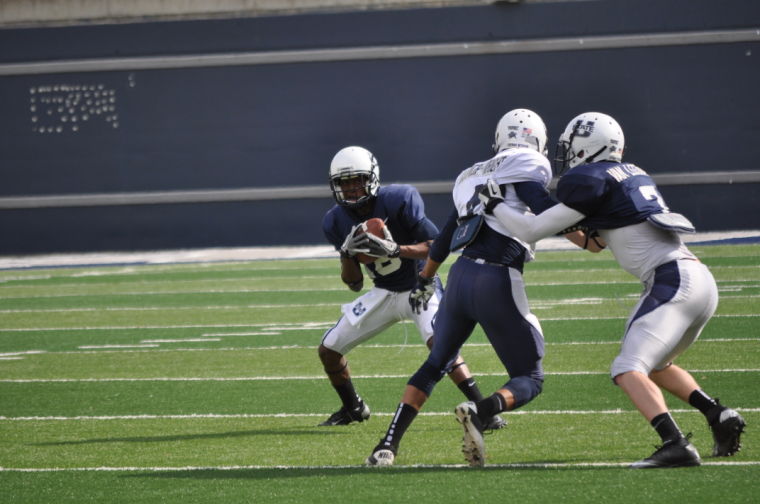 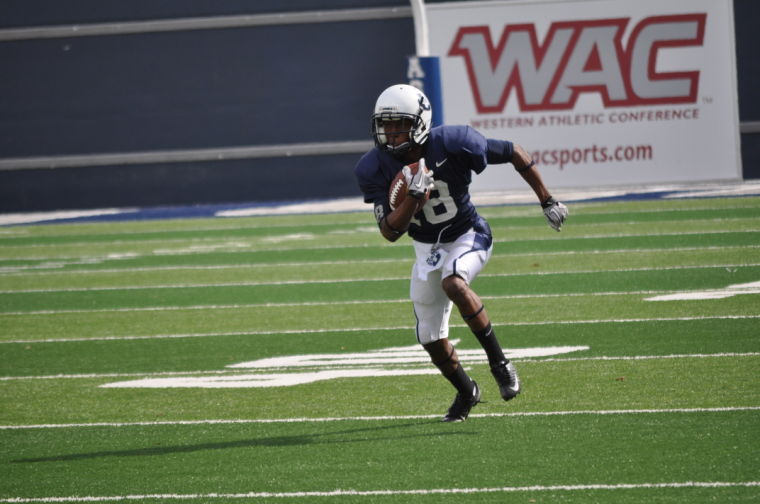 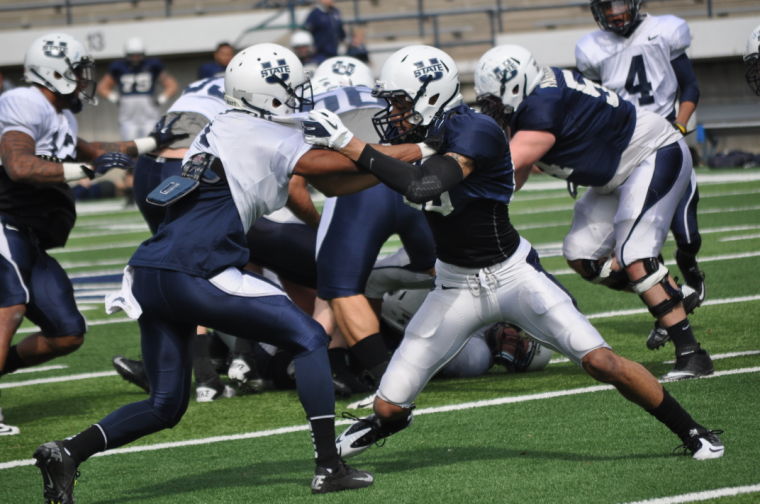 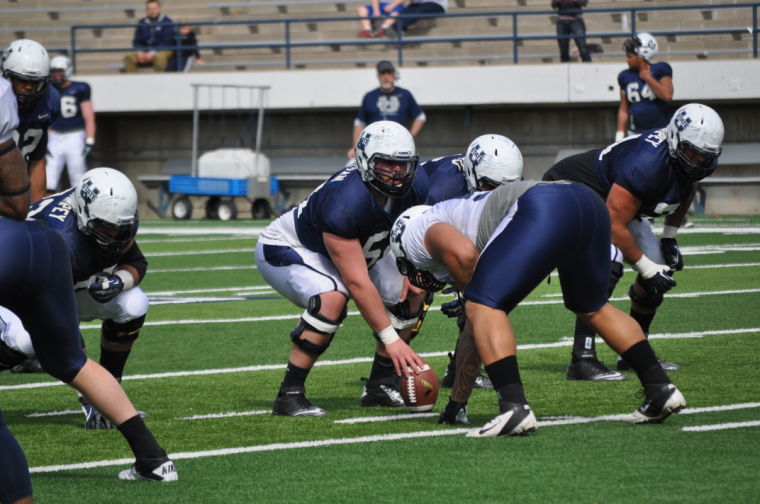 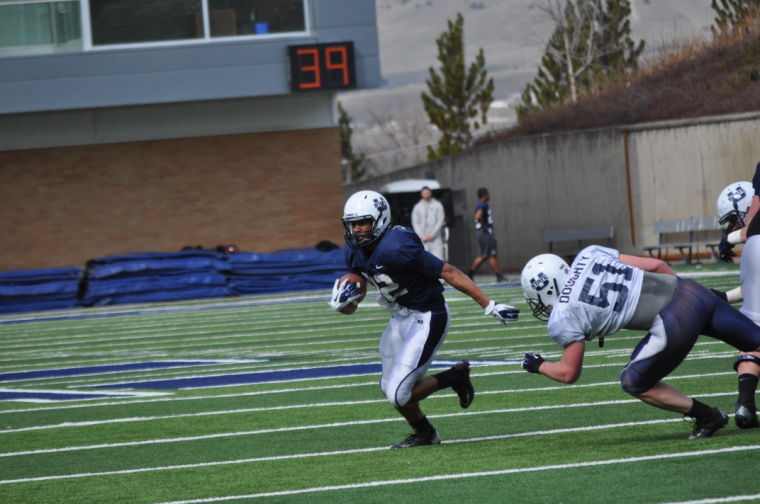 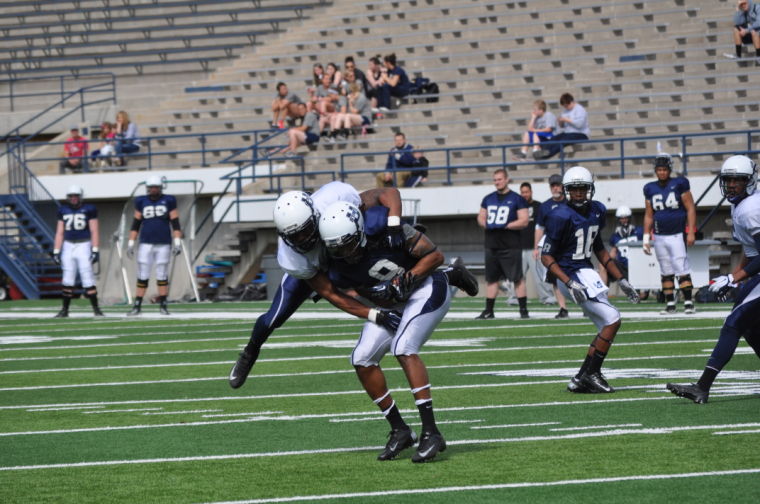 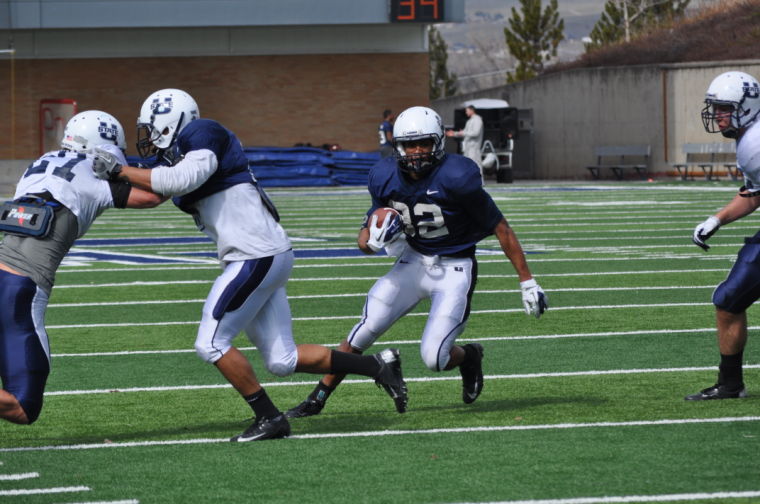 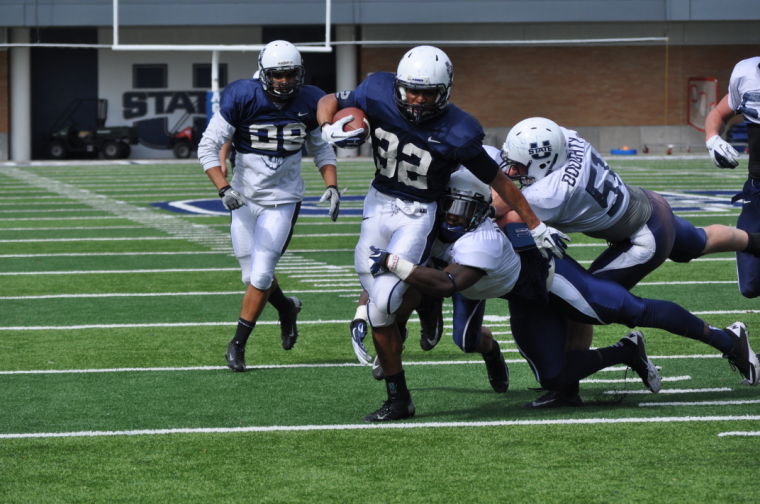 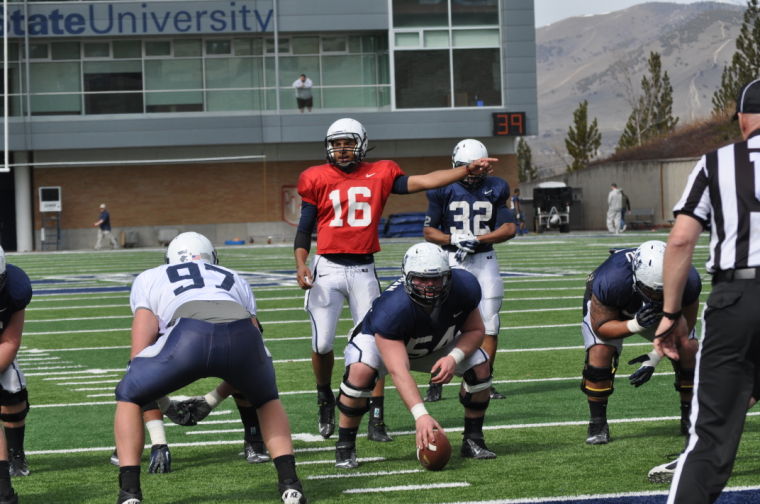 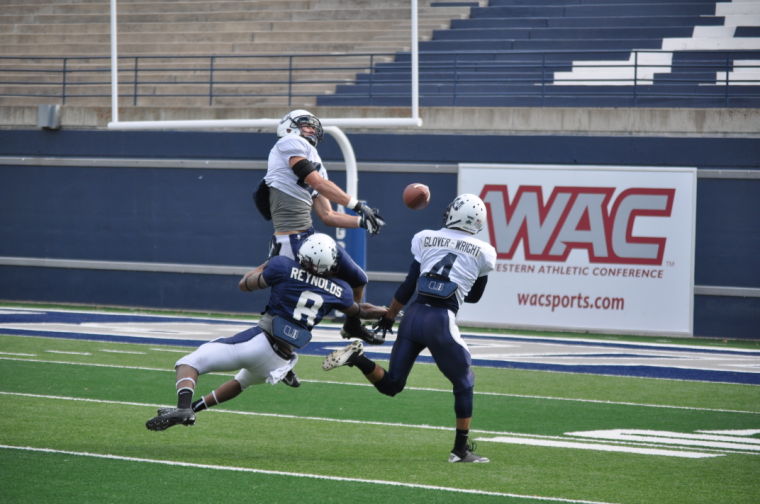 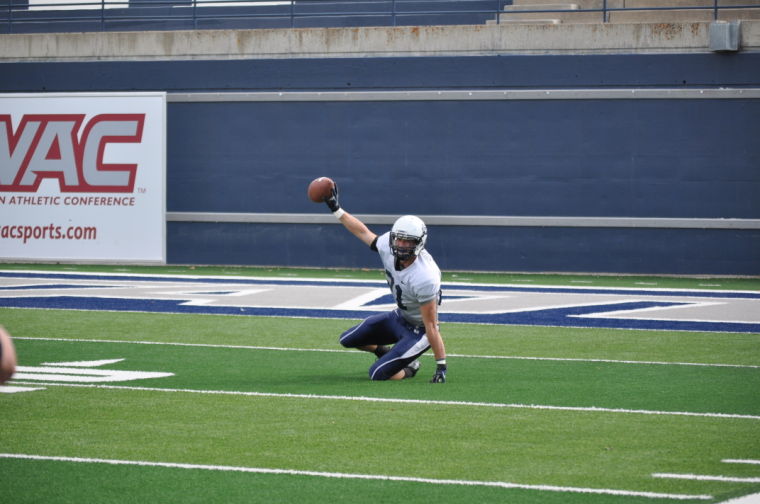 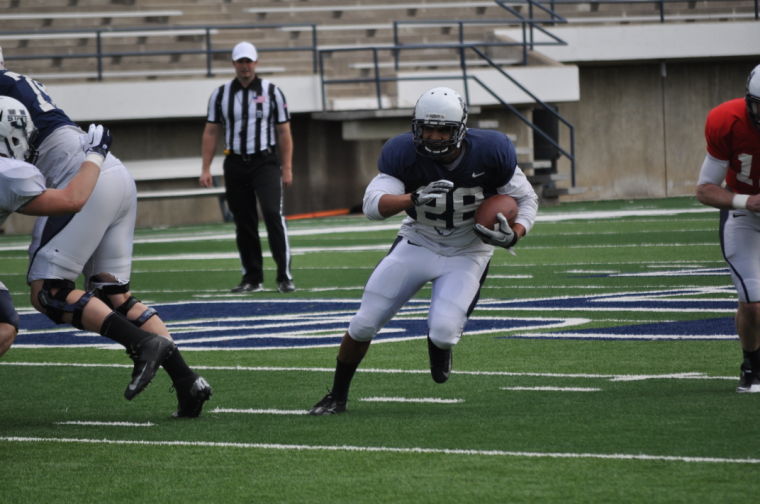 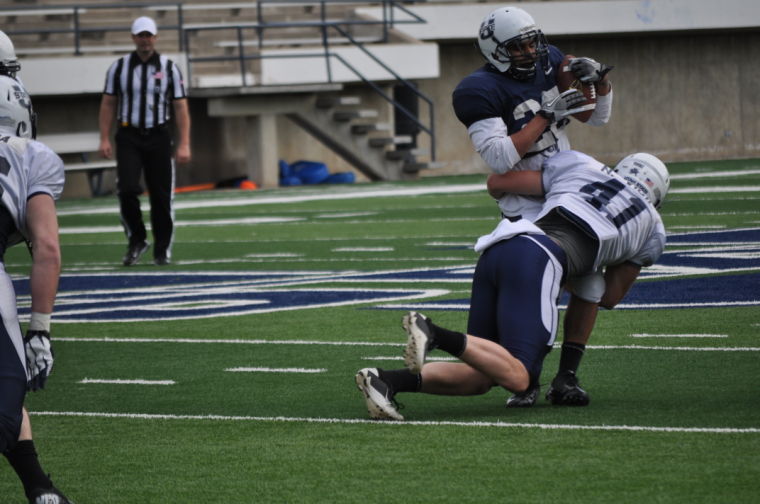 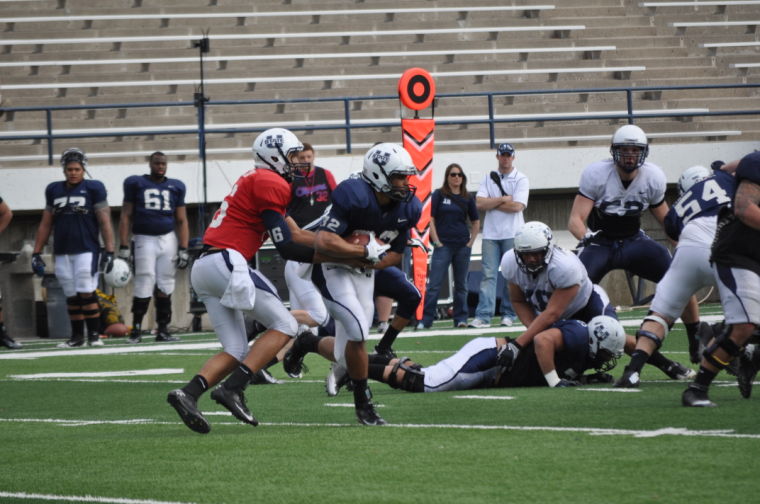 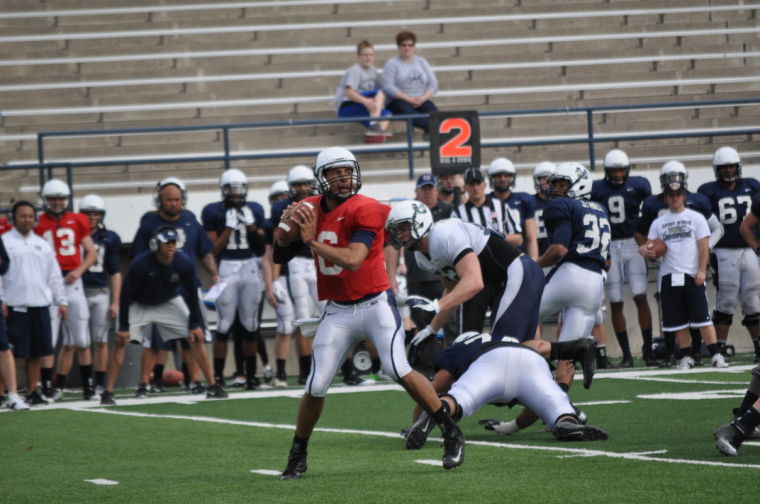