<strong>HYRUM—</strong> A local family escaped harm Friday morning when they were alerted to a fire that had started burning at the back of their house by a passing motorist. Seven people, including four children, were inside the home at the time, but none were injured in the blaze.

“They didn’t know about the fire,” said North Logan resident Maytee Clavel, whose mother was one of those in the home. “The lady came and knocked on the door, because the fire was starting on the back and they were inside. When she knocked on the door, they went outside and they saw the big explosion of the vent.”

Hyrum Fire Chief Kevin Maughan said units were called out around 11:45 a.m. Friday, and five different departments from across the valley responded. Initially, Maughan said they were fighting the fire from inside the house, but the remoteness of the location and other factors caused the fire fighters to retreat to the outside of the house.

“It kind of got to a point where the fire had been burning long enough, and there was enough suspected damage that the house becomes somewhat unsafe to be inside. We went from an interior to a defensive attack,” Maughan said.

Located on State Road 165 in between Hyrum and Paradise, there were no hydrants located near the home, so water had to be shuttled in from a little more than a mile away. The house was also located about 600 feet from the main road, so a porta-tank was established to hold water and pump it down to the house.

“I would say probably half to three-quarters of this building is damaged with fire. There’s going to be a lot of smoke damage in there in conjunction with that,” Maughan said. “I would say there’s probably a total loss, but I’m the wrong person to ask on that.”

Maughan said some other factors aided the spread of the fire as well, including the explosion of a couple of propane tanks that were attached to a camping stove in the garage. He also said the house had been remodeled numerous times, which created a lot of hidden walls and dead space for the flame to travel through.

Though Maughan said the cause of the blaze was still under investigation, Clavel – who spoke for her family that did not speak English – had a theory on how it might have started. 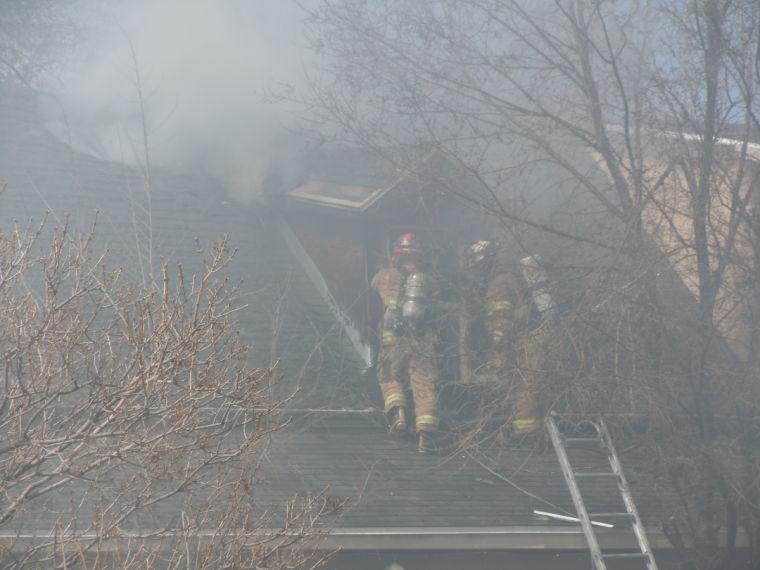 Fire fighters enter the house of a south valley family that was notified that their home was on fire by a passing motorist. Nobody was injured in the blaze, but the home is estimated to be a total loss. 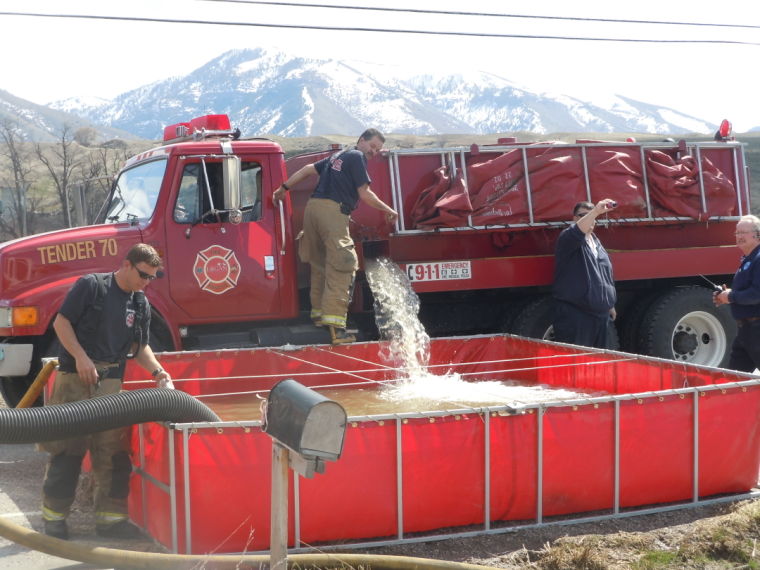 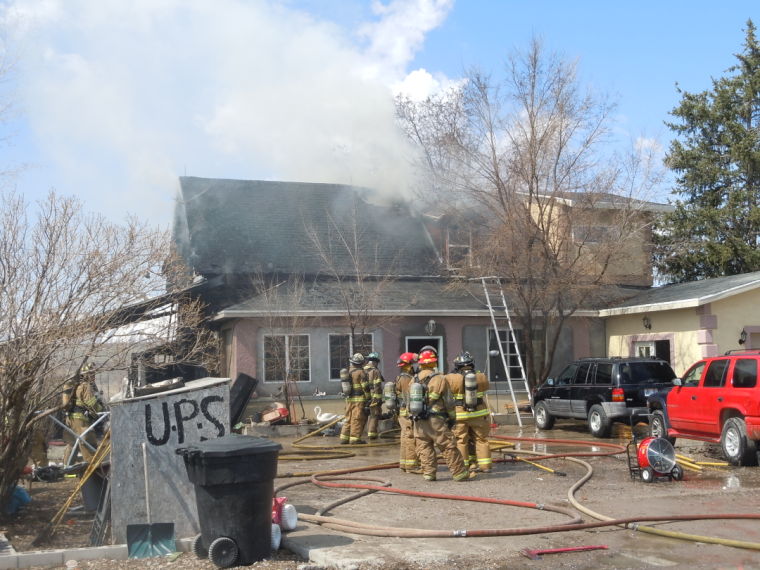