<strong>LOGAN—</strong> A local man appears to have set a new state record with the catch and release of a 36-inch long channel catfish from the Bear River near Cutler Dam. John Konzelman, 30, of Millville hauled in the massive fish on the evening of Friday, April 12, shortly before 11 p.m.

Konzelman was fishing with friend and boat captain Matt King. The pair had anchored their boat between the dam and the highway bridge on the Cache Valley side.

“Matt had just hooked up on one that was 29 or 30 inches or so – about a nine or 10 pounder I think it was,” Konzelman said. “We had just got his in the boat, netted it, and then my line just took off. I grabbed my pole, because the pole was going with it, starting to fall over. It was amazing. It was definitely my best freshwater catch.”

Despite the size of the fish, Konzelman – who is originally from Southern California and has dome some deep sea fishing – said it was a relatively quick and easy fight to get the monster into the boat.

“It surprisingly was quick, it only took between five and 10 minutes, because he didn’t dive on me. He came up to the surface, and when he was up there I had him,” Konzelman said. “He did kind of like a little gator roll on me, he fought, went on a run two or three times in the midst of the fight, but I was pretty confident once I saw him up at the surface that I was going to get him.”

Though the application for the record is still being processed, it appears that Konzelman should have no problem breaking the current record based on the photo evidence he provided. The current catch and release record for a channel catfish in Utah is 34 inches and is held by Blair Peterson who caught that fish out of the Davis Community Pond in April of 2003. The catch and keep channel catfish record for the state is a fish that was 39 3/4 inches long and weighed 36 pounds and eight ounces.

No weight is required for the catch and release record, which goes off of length. However, King estimated the weight of the fish at roughly 25 pounds.

Even though Konzelman is excited about breaking a record, the thought initially didn’t cross his mind. He said King is really the catfish and records guru out of the two – a statement that King verified – and that he didn’t even think about it being a record when he initially pulled it in.

“Honestly, I didn’t even think about that. He’s (King) kind of more into that aspect than I am. I had a big fish and was going to take a couple of pictures with it and let it go,” Konzelman said. “I really didn’t even think about, oh, this is a record fish. When we got it to the boat and he saw it, that’s one of the first things he said, is this is going to break the record.”

Konzelman and King said they were using various baits while they were fishing, but that the record-breaker was caught using shrimp. Konzelman also said he was using PowerPro braided line that was either 30 or 40 pound test. Now it’s just a waiting game for the Division of Wildlife Resources to process the form and photos, and verify the record.

“I mailed off the catch and release application form to DWR, along with a couple of pictures of me holding the fish and then one with the tape measure. In that picture you can clearly see that it’s well over the 34 mark,” Konzelman said. 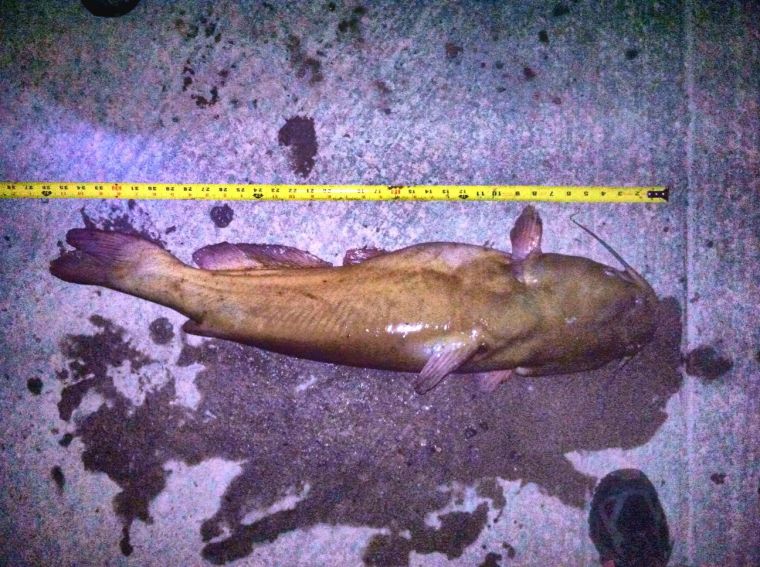 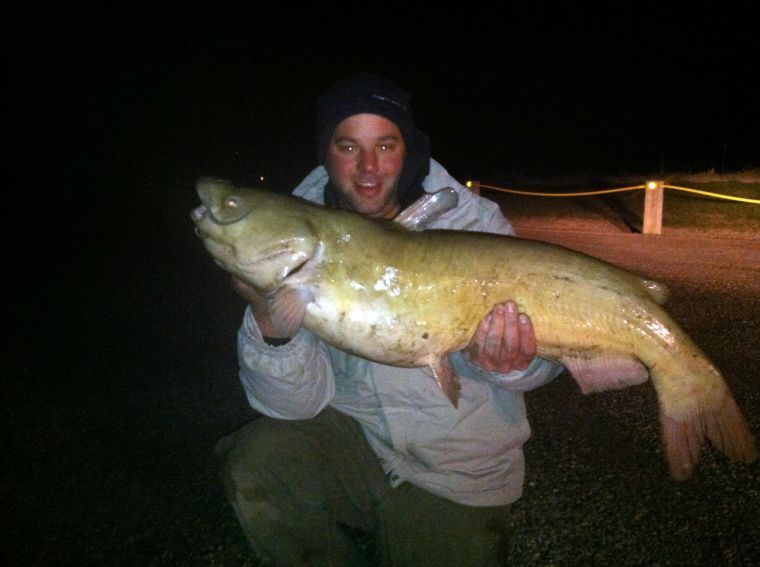