<strong>MILLVILLE—</strong> First built in 1973, the Millville Predator Research Facility has expanded to cover 164-acres and house roughly 100 coyotes. Never in its 40 years of existence has the facility been home to any other predators besides coyotes, but that is all about to change as the facility is expected to receive its first black bears.

“This is a funded project through the Utah Division of Wildlife Resources. They want us to help with some of their rehabilitation bears, but we’re going to turn it into a study,” said Dr. Julie K. Young, a supervisory research biologist for the federal Department of Agriculture and Director of the Millville facility.

“Bears come in usually for rehab, because they’re cubs that show up in urban areas or somebody’s apple tree. Usually the mom has disappeared somehow … and the state is responsible for rehabilitating these bears until their old enough to succeed back in the wild on their own.”

The main focus of the Millville facility is predator research and reducing conflicts with humans. Dr. Young said that falls under the focus of four research topics – livestock depredation, reducing conflict with species of human values (i.e. mule deer in Utah), urban conflict, and genetics work.

Along with housing the rehabilitation bears, Dr. Young and her team will also conduct research and try to determine the best way for other rehabilitation centers to handle bears so that they can reduce the chance of the bears becoming problem animals when they are released into the wild.

“What we don’t know is what methods work best to make sure that those bears are successful and don’t end up later in life as conflict bears,” Dr. young said. “Where we’re helping the state by having a pen that can be used as rehabilitation, we’re actually going to use it to study what methods work to reduce conflict long term with those bears after they go back out.”

Having talked with various rehabilitation centers across the country, Dr. Young said she has received mixed signals. Some places say there absolutely must be no contact between the animals and those that work at the facility – some go as far as putting up blinds so that the bears never even see humans. Others say those that work at the facility can go as far as getting in the pens with the bears and interacting with them and it won’t affect their propensity to become problem bears when they’re released into the wild.

The Millville predator research facility will test some of these theories with its brand new bears, as some have blinds around parts of their enclosure, blocking human activity from their view. Other bears that will be studied as they rehabilitate will have no such block from viewing human activity, and may even interact with them in certain ways.

Dr. Young said the first black bears are expected to arrive May 1. 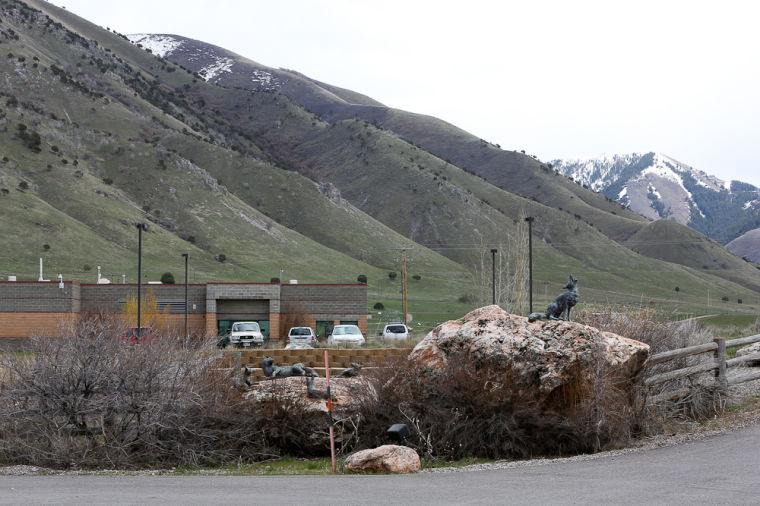