<strong>NORTH LOGAN—</strong> Wednesday signals more than just the beginning of a new month, it also signals a new beginning for Shaffer House Bakery, which has been a Cache Valley staple since 1978. For the first time in 31 years, the family owned bakery will not reside at the block of 1000 North Main St.

“I think it will be nice. It was a little scary at first, change is always scary. You get a little comfortable after being in the same location for 31 years,” said bakery owner and president Camie Holden. “It’s always scary to move to a new place, wondering if people are going to follow you or not.”

Shaffer’s new location is located in the building once occupied by Smoothie King, near the intersection of 2200 North Main St. Along with an updated look, the new building will provide the bakery with a larger seating area for customers and some new opportunities. One of those opportunities is a drive-through window, something the bakery will be able to utilize for the first time. There is also a plan to provide free Wi-Fi for customers.

With the planned expansion of Al’s Sporting Goods to a new facility on the 1000 North block, Shaffer’s has known for quite a while that they would need to find a new home. Since settling on the new location, they have been letting customers know and the reaction has been overly positive.

While Shaffer’s 1000 North location has probably been its most visible in the valley – they were the longest tenured business in that complex – it was actually the second location for the bakery. The first Shaffer’s bakery was started by Don Shaffer in 1978 in Providence in a home that would later become a restaurant named Kate’s Kitchen.

In the early ‘80s, Shaffer’s opened its second location at 1000 North, and moved its south location into the old Macey’s store. When Macey’s built its new store about six years ago, they created their own bakery and Shaffer’s became a single entity at the north location. Holden is the third generation of the family to own and operate the bakery as she, along with her husband Tony, took it over from her father Neil Shaffer shortly after the Providence location closed.

“I don’t know if any of my kids are ever going to take it over, they kind of have other plans it seems like. You never know though, back then I didn’t think I was ever going to take it over either. Things change,” Holden said. “I’d like to see one of my kids take it over. It would be neat to see a fourth generation of a business. For a small business to stay in Cache Valley for so long, it is awesome for all the support that Cache Valley gives us.”

The transition to a new location has been a challenging, but quick endeavor for Shaffer’s as they provide bread and pastries to businesses throughout Cache Valley. They closed the 1000 North location just a couple of days ago and have been moving ovens, mixers, and other large baking equipment with the help of family and friends, nearly nonstop.

Along with donuts, pastries, and breads, the bakery also creates cakes – wedding cakes are Holden’s specialty – brownies, éclairs, cookies, rolls, and other assorted baked goods. Shaffer’s also sells sandwiches and other lunch specials, which they hope will increase with their new, more open floor plan.

“I think it will be good, we’re excited to have the drive-through and try a few new things, have a bigger seating area,” Holden said.

Originally scheduled to open at 5 a.m. Wednesday, the official opening of the new Shaffer House Bakery location has been pushed back slightly, but is expected to be open in the next day or two. 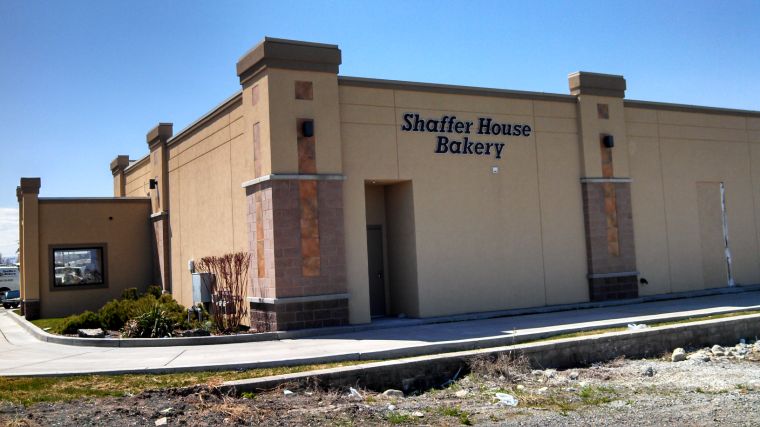 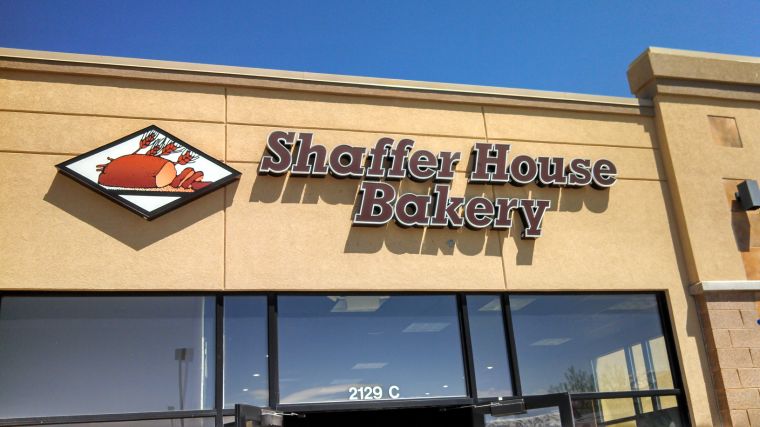