<strong>LOGAN —</strong> After wandering into Logan City overnight, a young bull moose was caught in Merlin Olsen park, early Thursday morning. Logan City Assistant Police Chief, Jeff Curtis said officers received a call around 7, after the moose was spotted in the neighborhood of 200 East and 300 South. As police attempted to keep people and motorists away, the animal wandered north into Merlin Olsen park. Curtis said officers really couldn’t herd the animal, but once it was in the park they attempted to keep it surrounded until wildlife officials arrived on the scene.

“It was good that it did wind up down here,” said Curtis. “That way we could keep eyes on it and keep people out, and keep a perimeter around it and keep it safe as well as the community safe.”

Once they arrived, officers from the Utah Division of Wildlife Resources shot the moose with a tranquillizer dart and loaded it into a trailer. Corrie Wallace with Utah DWR, said the moose is believed to be around 2 years old and will be released into the wild Thursday this afternoon, south of Hardware Ranch.

Wallace said this is the second time this year a moose has been caught inside a city in Cache Valley. The first time was earlier this spring in Richmond. 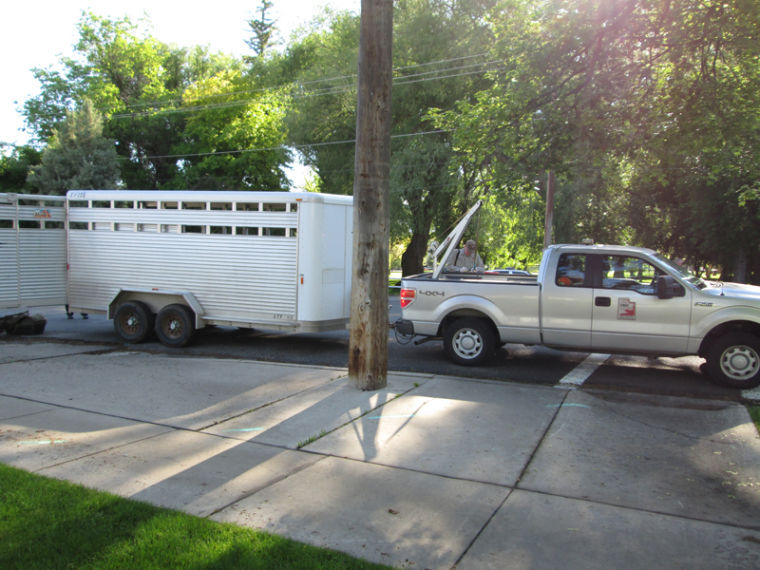 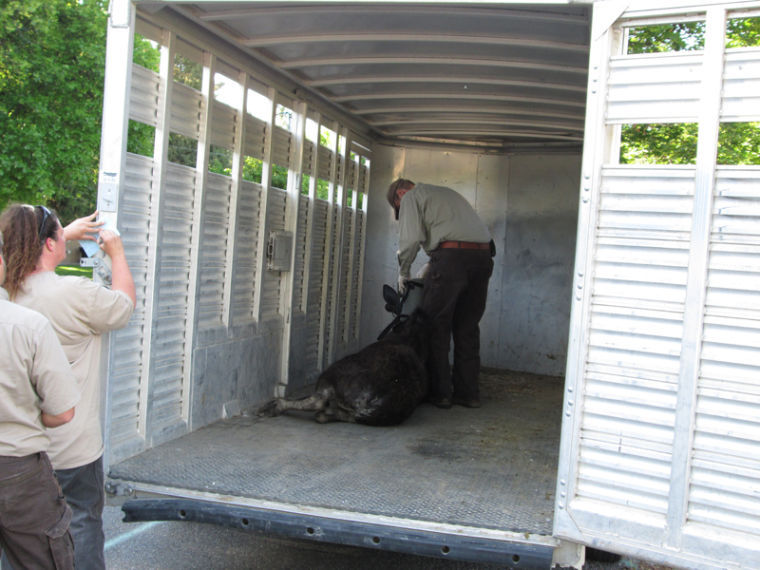 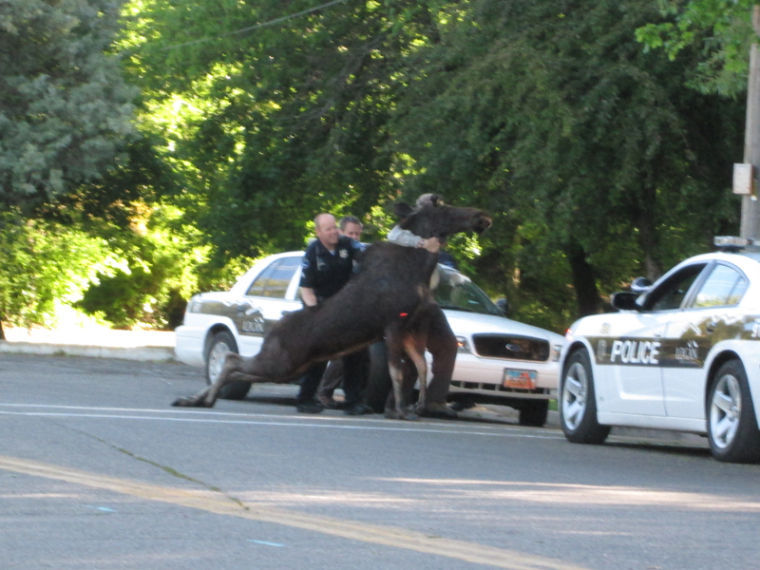 Logan City Police and DWR officers helping moose to the ground after being tranquillized. 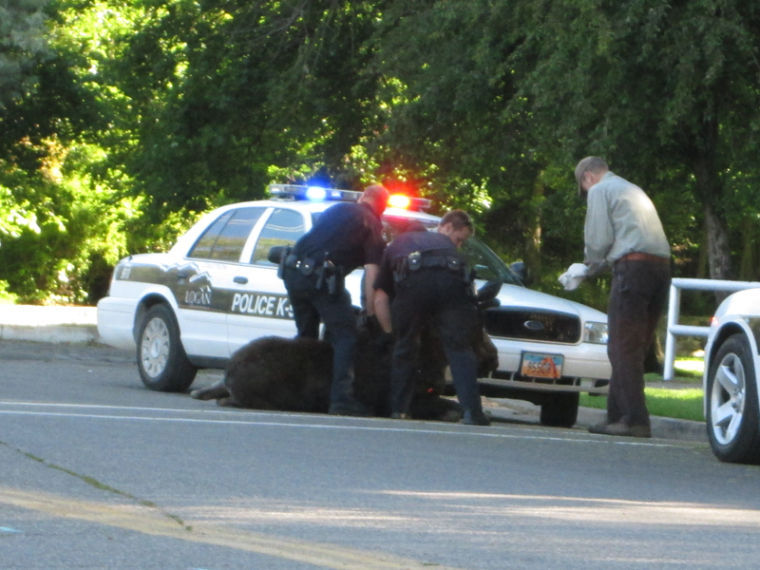 Logan city police and DWR officers subduing moose after it was tranquilized in the north-west corner of Merlin Olsen Park. 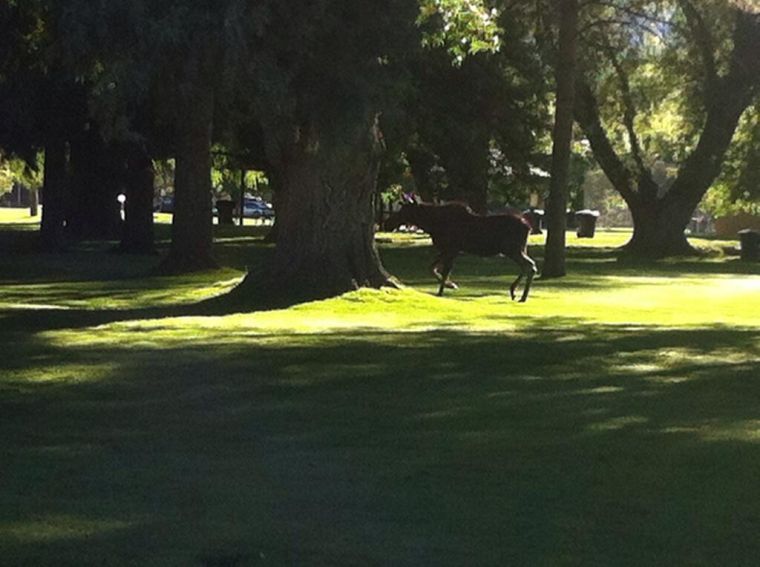 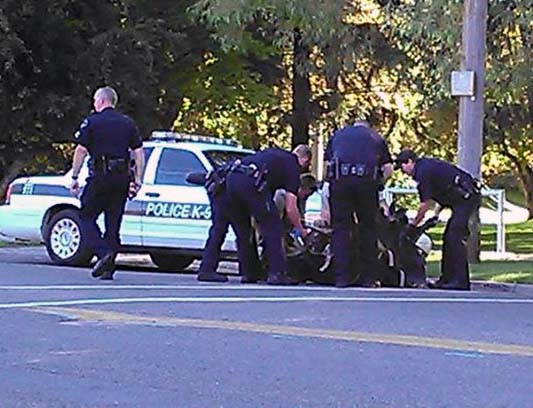 A moose is captured in Merlin Olsen Central Park Thursday morning after being tranquilized by a Division of Wildlife Resources officer. Logan City Police assisted in the moose capture and kept people out of the park until DWR could arrive to capture the moose.