Smithfield Canyon trail head where hikers were suppose to be finishing their hike Wednesday night.

SMITHFIELD — Two hikers from Smithfield were found late Thursday morning, after spending the night lost, north of Tony Grove Lake. The hikers have been identified as Chad and Lynn Hansen. They were able to use a cell phone and call their family to notify them of their location. Minutes later, they were found by Search and Rescue hiking along a trail. Both were in good condition.

According to Cache County Sheriff’s Lieutenant Brian Locke, the hikers were dropped off at Tony Grove Lake Wednesday morning. The two had planned to hike from Tony Grove to Smithfield Canyon, which is about seven miles. The hikers had taken water and three dogs with them.

Locke said sheriff’s deputies received a call Wednesday night from a 16-year old boy that his father and stepmother were missing, after they failed to return home.

Locke said, Search and Rescue teams were called out at approximately 10:45 P.M. and began searching for the hikers Wednesday night. They were able to explorer the trail from both ends, using four-wheelers and foot searchers.

A command center was set up at Tony Grove Lake, Thursday morning, as the search resumed. Searchers on foot, four-wheelers, and horses began searching surrounding canyons, believing that the couple may have taken a wrong trail and gotten lost. A Life Flight helicopter had been requested and later called off after the hikers were found. 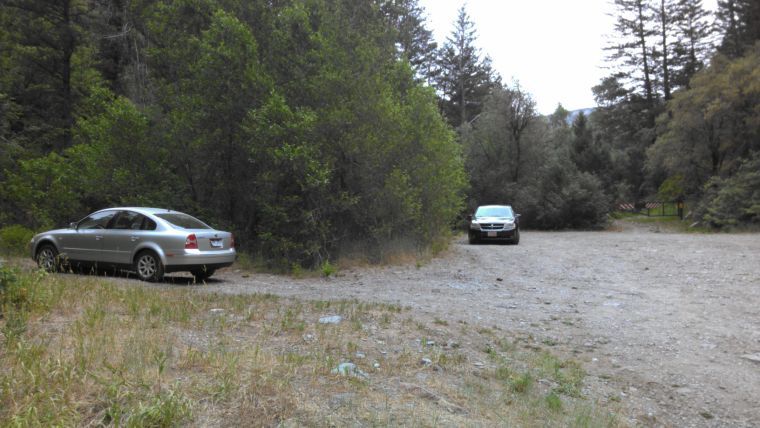 Smithfield Canyon trail head where hikers were suppose to be finishing their hike Wednesday night.