Contaminated water in the Lower Canal. Photo courtesy of BRHD.

The lower canal in North Logan and Hyde Park has once again been cleared for irrigating. The canal was closed Saturday night, after oil from a chip and seal project was found in the water. Lloyd Berentzen, Executive Director for the Bear River Health Department and Mayor of North Logan City, said water tests now show the canal is free from any contaminants. He said he is optimistic there won’t be any detrimental effect to the canal or those who use the water.

“We don’t think it’s going to have any detrimental effects on any of the greenery or those kinds of things, said Berentzen. “We did put out a caution to make sure that animals were not drinking out of this water, so they don’t get sick and have problems. I didn’t see any problems along the way as we went through, beginning to end.”

Berentzen said rain Saturday afternoon washed the oil into the canal near 450 East 1800 North. The contaminated water traveled a distance of approximately 5 miles. It was diverted to a field near the Logan Cache Airport. Now that the canal has been cleaned, crews will begin removing oil from the field.

“Now we need to let the field dry out and then we can assess,” said Berentzen. “The clean-up company knows that they have a responsibility to go in and take care of that, even if they have to take off an inch of top soil. They are prepared to do whatever is required at that time. We have the area contained within a few acres and so it will be very manageable.”

Berentzen said the chip and seal project combined with Saturday’s unexpected rain, made for a unique circumstance. 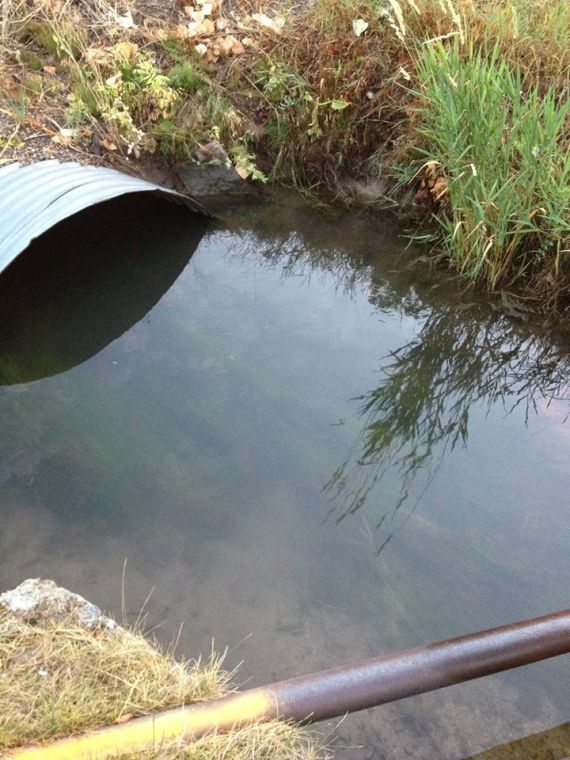