The first occurred in Logan Canyon on US 89 near mile post 487. According to the Utah Highway Patrol, a white Toyota Corolla was travelling southbound and stopped to make a left turn into Beaver Creek Lodge. A White Dodge Ram pickup truck, pulling a horse trailer loaded with sheep, came around the corner and did not realize the Toyota was stopped. The truck struck the back end of the Toyota causing it to spin around striking a northbound Chevrolet Trailblazer.

The driver of the Toyota, a 40 year old male, was transported to Logan Regional Hospital by ambulance. He was treated and later released. The female passenger in the Toyota, a 36 year old from Salt Lake, was injured seriously. She had to be extricated from the vehicle and transported by Air Med to Ogden Regional Hospital. No one in the other vehicles was seriously injured.

Traffic was stopped in both directions for over an hour and a half. One report stated northbound traffic was backed up more than three miles, down to the Tony Grove turnoff.

The two other accidents occurred close to each other in Sardine Canyon on US 89/91. One involved a truck, pulling a trailer that became high centered on the cement barrier in the median. There were no serious injures in either accident.

The three accidents all happened within an hour and put a burden on law enforcement personnel. Logan City Dispatch requested the help of Rich County officers to help clear the Sardine Canyon accidents. 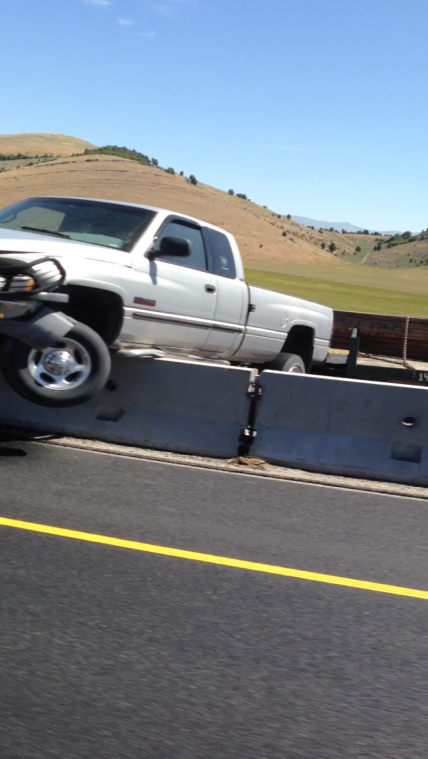