Jason Winn, Fire Marshall for the Cache County Fire District said people are still advised to be cautious in the area. “Fire crews have been clearing rocks and brush the last week, making fire lines,” explained Winn. “People should hurry through the area and watch out for rolling rocks and sliding debris.”.

The canyons had been closed since last Wednesday when high winds blew flames near canyon road, State Highway 101.

Winn said the two crews that have been camping along fire-lines the past week will be hiking out. “As they come off the mountain, they will work on a few scattered hot-spots that still are burning,” said Winn. They will also be moving rocks and debris into trails and runoffs, trying to prevent future land erosion.

Fire crews have begun taking down tents at Millville City park, which has served as a command center since the fire started.

Fire crews will now primarily be monitoring the area for any flare ups.

The Millville Fire started on Sunday morning, August 11, 2013 by lightning. It has burned 2864 acres. 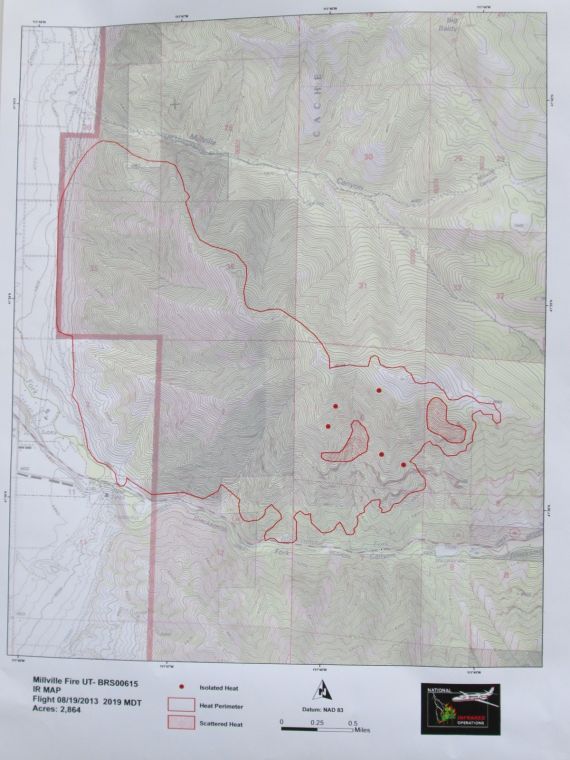