LOGAN – Algae biodiesel fuel has been thought about since the 1970s, but now a group of students and professors at Utah State University are using that exact fuel to power a small engine dragster. Earlier this month at the Bonneville Salt Flats, the Aggie A-Salt Streamliner clocked in at 73.977 miles per hour. This exceeds the current record in their division which is 72.102. They hope to set more record times at the upcoming World of Speed which takes place September 7-10 in Utah’s west desert.

While breaking land speed records with this student-built dragster puts USU on the map, the real excitement is what can be done with the fuel in the future.

“The big benefit, once the price is brought down to where it’s competitive with regular diesel fuel, is that it would be a totally renewable fuel,” explained USU Chemistry and Biochemistry Professor Lance Seefeldt. “It would come from CO2 and sunlight. Then when you burn it, it turns back into CO2 again.”

Another benefit of algae biodiesel fuel, according to Graduate Student Rhesa Ledbetter, is that we are not burning up other resources.

“Producing fuel from things like corn and soybeans, things that we actually use as food products, that’s a major concern. We are taking something that’s food and using it as another resource. It can also start driving up costs,” said Ledbetter. “So if we can use something like algae that’s naturally present, I think people are much more open-minded.”

This project started at the university six years ago and several departments have been on board. Seefeldt said he feels it’s been a huge benefit to have Agriculture, Chemistry and Engineering students join forces.

“It’s an incredible experience because you get the benefit of all the different departments. It gives the students cross-training that is really rare at a university,” he said.

“This is super exciting because many of the other schools working on this don’t have what we have in our hands,” said Research Assistant Mike Morgan. “It’s the opportunity to raise the flag for everybody else and show that it’s doable.”

Morgan is also the driver of the dragster and says there is nothing like racing.

“After you put the helmet on and they strap you down, it’s just you and the car,” he said.

Morgan injured his hand prior to the last race but he said he will be good to race again at World of Speed.

A year ago, the dragster set a land speed record while running on yeast biodiesel fuel. Seefeldt says the big difference is that yeast biodiesel fuel comes from cheese waste while algae captures carbon dioxide out of the air and uses energy from sunlight to turn it into usable fuel. 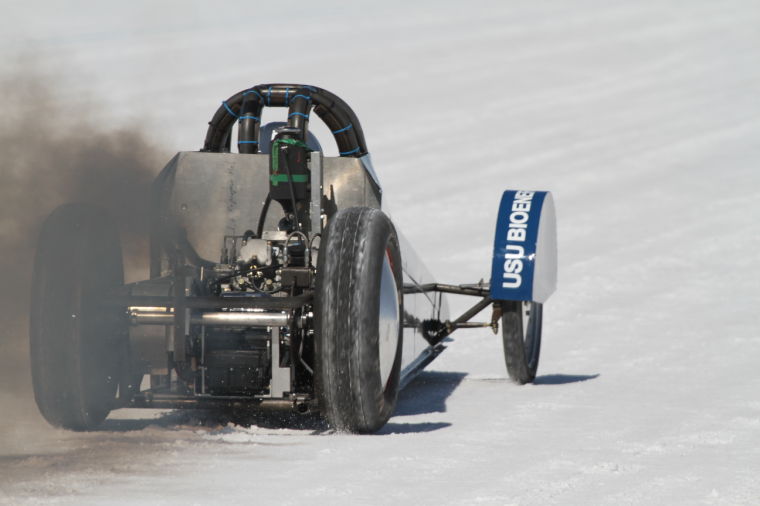 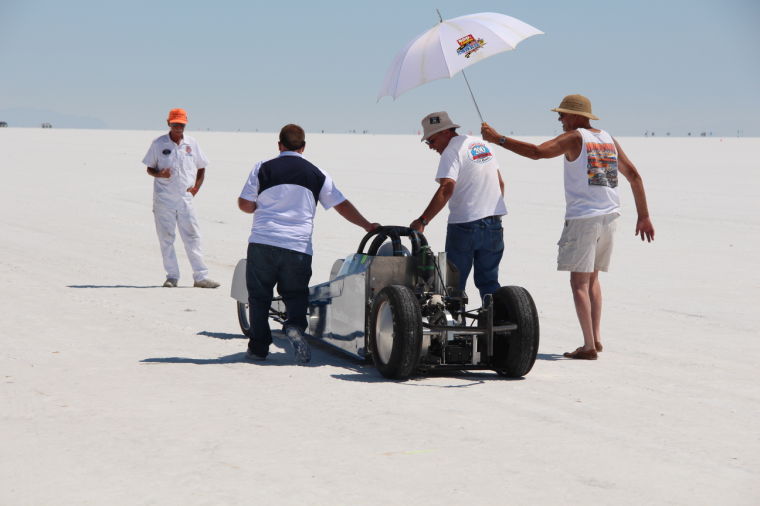 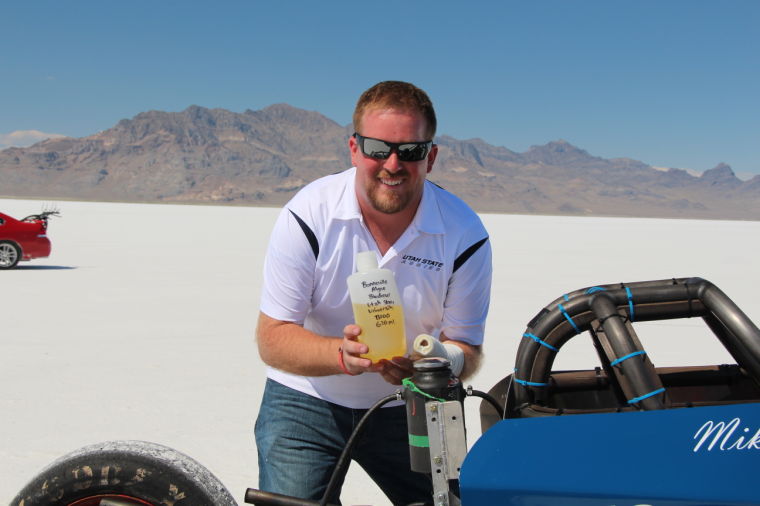 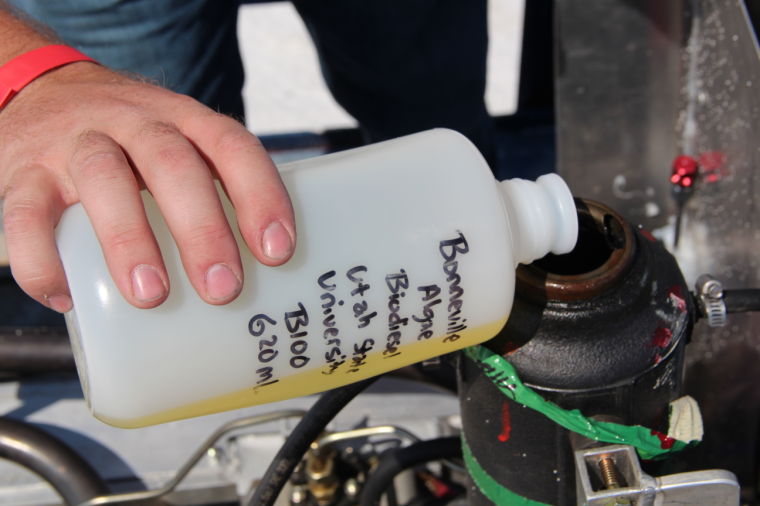 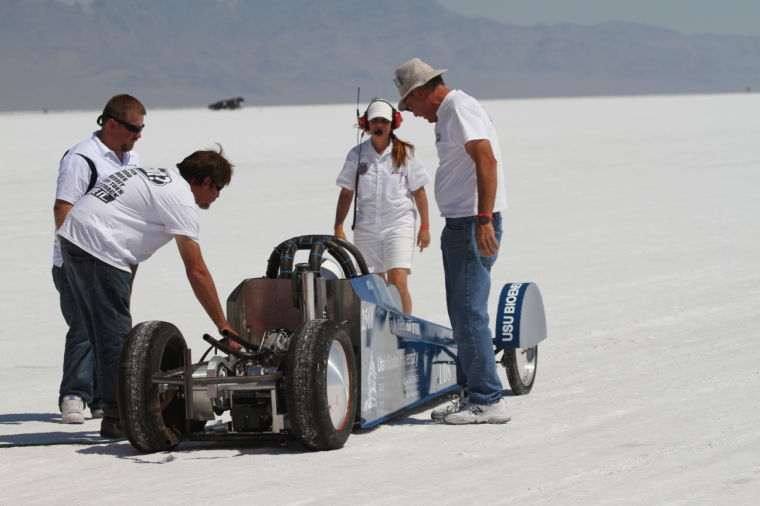