LOGAN – Hundreds of Utah State University students, faculty, alumni, and other community members are getting their arms pricked for what is the largest blood drive put on by American Red Cross in the state of Utah. From 9-3 until Friday, the blood drive popularly known as the Blood Battle will take place on the second floor of the Taggart Student Center.

“We do blood drives with other colleges across the state and tally all their numbers, and then compare them to USU. Every year, USU dominates every other college,” Oliver said.

Oliver thinks USU excels each year due to school and community pride.

“The people here are so friendly. They’re willing to give back to their community. I do multiple drives in Logan and every time, people are just gung-ho and ready to do it.”

However, Oliver said the numbers are below what they are wanting at this point.

“We’re a little bit lighter than what we’d like to see but we’re still going strong. The numbers are still looking great,” he said. “They’re not as high as what we’re used to, but we’ve got a few more days left so we can definitely power it out.”

According to Oliver, one pint of blood can save three lives. The majority of the blood from this drive stays within the state and goes to local hospitals. Oliver encourages anyone in the community to come out and donate. Donors will receive a t-shirt and be entered into a drawing for a 55” LED 3D Smart TV. If you are not able to give blood, Oliver said there are still ways you can help. Volunteers are needed to sit at booths and sign people in. 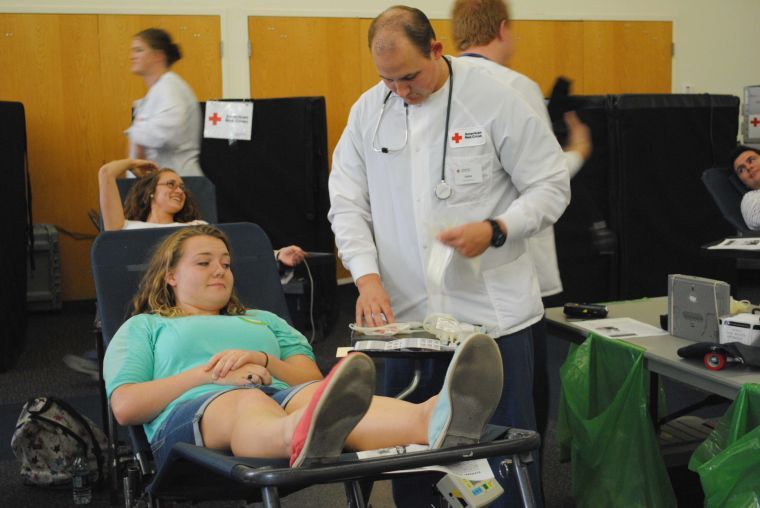