Eric's parents and three of his seven siblings pose for a photo.

LOGAN – Last Friday, Wal-Mart employees at the South Logan location picked up hoses and rags to wash cars. It was all part of a fundraiser to help the family of Eric Scott Anderson, the Utah State University student who was killed in a bicycle accident on the first day of school. He was employed part-time at Wal-Mart and according to Customer Service Supervisor Sheila Frandsen, everyone loved being around him.

“He was always coming up with jokes or trying to pull pranks on people to get them to laugh,” she said.

Frandsen was shocked when she found out about the accident and didn’t want to believe it. Then when she discovered Eric was not eligible for life insurance through Wal-Mart, since he was not employed full time, she wanted to do something to help. She organized a car wash where they asked for five dollars per car, and a donation table was also set up near the entrance of the store.

Carvel Anderson, Eric’s father, found out about the car wash on Facebook when Sheila invited the family to attend.

“Eric belonged to everybody. He wasn’t just our child, we’re finding out more and more,” said Anderson. “We love the support that has helped us get through this. We’ve loved the fact that Eric was so well loved and he so well loved it here.”

Eric’s mother Gayle Anderson said Eric really found himself when he came to school in Logan. “He was a pretty to himself kind of kid through high school,” she said. “Then he came up here for one semester before he went on his (LDS) mission and he just blossomed. He was so different and we loved how his true self came out. He was so funny and just always making someone laugh.”

Eric’s family expressed thanks to people in the community, students at Utah State University, the USU marching band, and the employees at Wal-Mart for all the love and support.

“It was an accident. That’s all it was. From that accident, a lot of good has come out of it that I have seen,” said Anderson. “Thank you is just not enough but that’s all the English language has.”

Frandsen said that so far from the car wash and donation table, they’ve earned over $500 for the Anderson family. 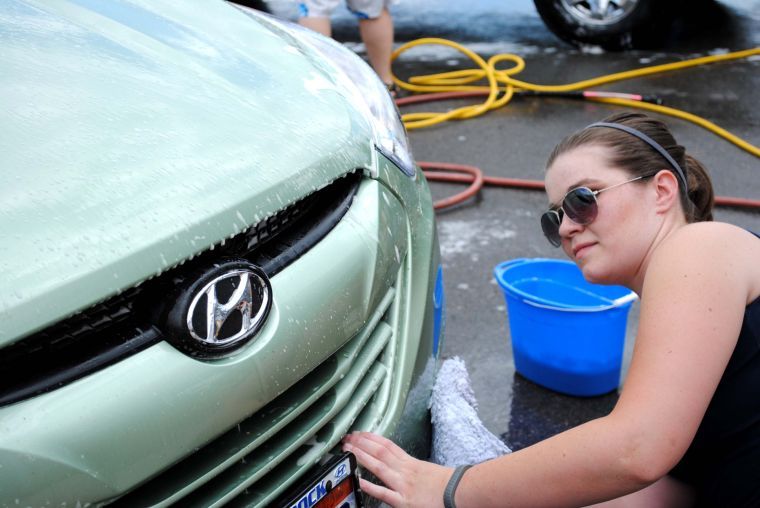 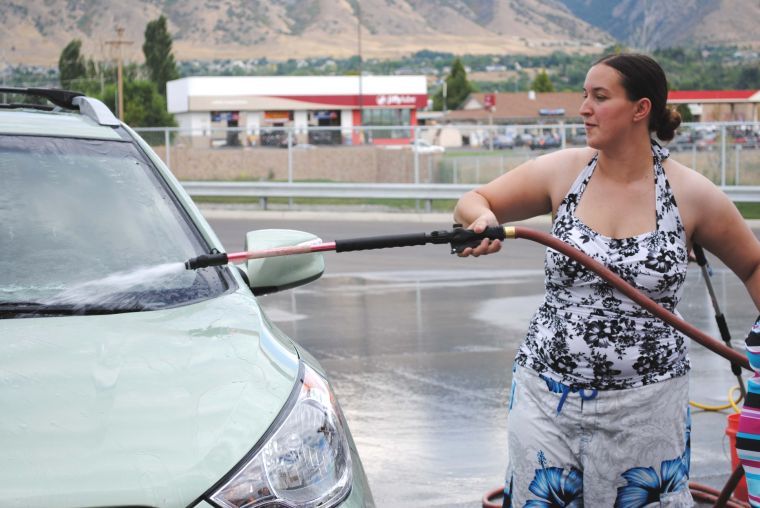 Sheila Frandsen sprays off the windshield of a car. 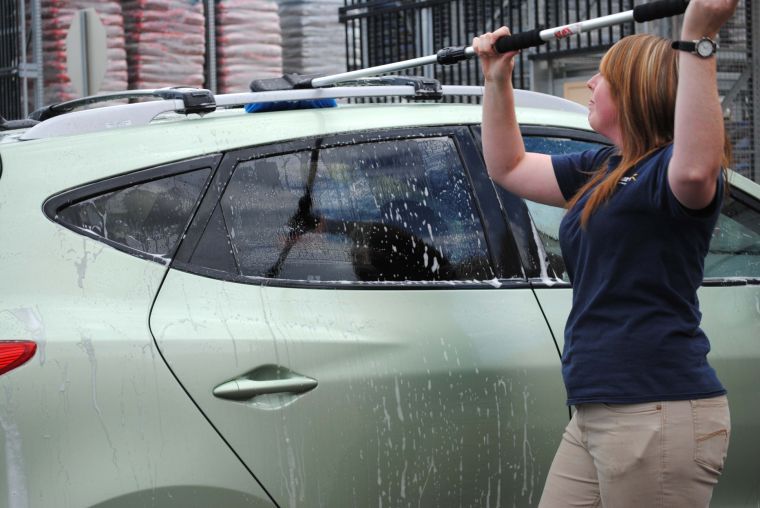