Police are still investigating the theft of $8000 from Rich's Cars 'n Credit, October 8.

<strong>LOGAN –</strong> Police are still investigating the theft at a Logan business, 2 weeks ago.  Logan City Assistant Police Chief, Jeff Curtis said the original suspect, police were looking for, turned himself in.  After meeting with investigators though, police no longer consider him a suspect and are now pursuing other leads.

Police were originally called to Rich’s Cars ‘n Credit, 95 West 400 North, Tuesday morning, October 8, after someone reportedly stole a money bag containing $8000. At the time, the suspect was described as a male, wearing a baseball cap, and driving a gold Isuzu Rodeo.

Curtis said the male juvenile, seen in video footage entering Rich’s Cars ‘n Credit, turned himself in, after media reports named him a person of interest in the theft. When police questioned the juvenile they found the vehicle he was driving did not match the description of the alleged getaway vehicle, seen at the time of the theft. There were also other discrepancies too, according to Curtis.

Curtis said investigators are following up on other leads but could not give specific details because of the ongoing investigation. 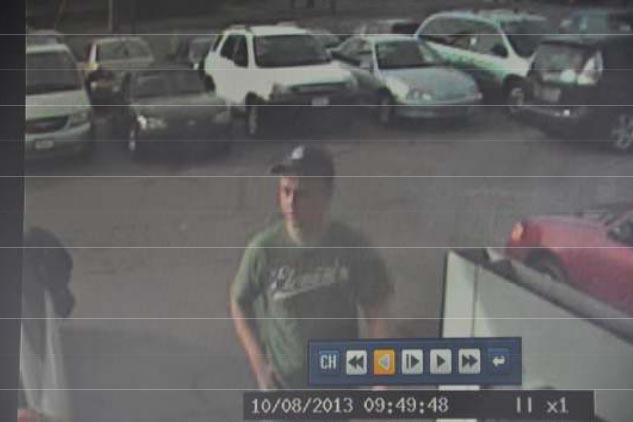 Logan City Police are seeking the public's help to identify this suspect in a burglary that took place at Rich's Cars and Credit at 95 W. 400 N. in Logan on Tuesday, Oct. 8, 2013.