Buick LeSabre driven by Gordon Larson of Tremonton.  According to UHP, the car hit a tree and then rolled into Logan River on it's top.  Passers-by were able to flip the car back onto it's wheels but Larson had already died.

LOGAN — A vehicle rollover killed a Tremonton man in Logan Canyon Tuesday afternoon. The accident occurred near the Temple Fork turnoff on US 89 near milepost 476. Utah Highway Patrol Lt. Lee Perry said <span>Gordon Larson, age 90,</span> was traveling eastbound in a <span>Buick LeSabre </span>when his car hit a tree and rolled into the Logan River, resting on it’s top.

Bystanders rushed into the river to try and save Larson, flipping his car back onto it’s wheels. According to Perry Larson was already deceased. He was pronounced dead when medical crews arrived on the scene.

A tow company was called in to pull the LeSabre from the river. Larson’s body was then extricated from the car.

Perry said a seperate vehicle rollover occurred near the same location. Two people were traveling west when they lost control. Their car rolled the opposite direction, away from the river, also resting on it’s top.

The two people were transported out of the canyon with just minor injuries.

Perry said icy road conditions may have contributed to both accidents.

Traffic in the area was restricted to one lane for several hours as troopers investigated both accidents. 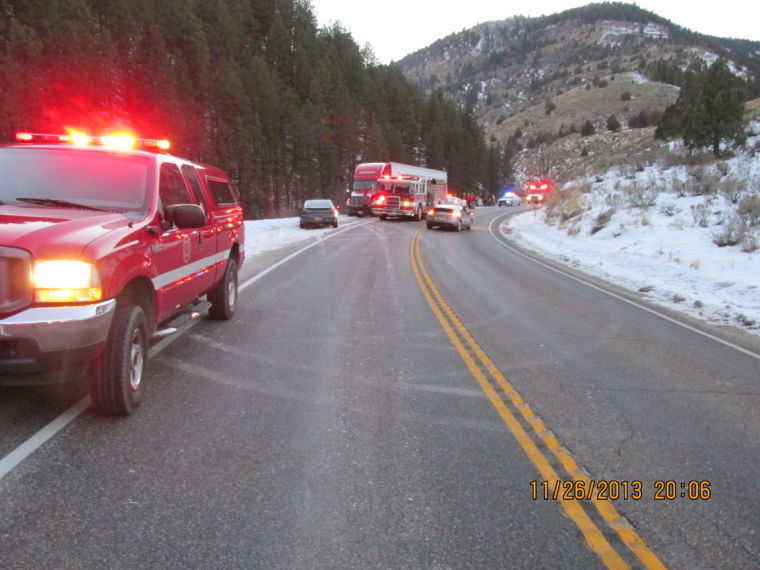 Traffic along SR 89 as crew investigate both vehicle rollovers.