Shaw is being charged with distribution of a controlled substance, a second-degree felony. He is also charged with possession of drug paraphernalia and contributing to the delinquency of a minor, both misdemeanors.

Demler asked Judge Allen for a preliminary hearing to be scheduled as soon as possible.

The charges stem from an incident, December 15 when police responded to a Logan residence on report of a possible sexual assault.

When they arrived, police determined Shaw and two other individuals had been using drugs at the residence. The Cache Rich Drug Task Force was called in to investigate.

The day after the incident, USU announced that Shaw had been suspended from the team indefinitely “for a violation of team rules.” That night, during KVNU’s Coaches Show, basketball head coach Stew Morrill said, “we’ll let the case take its course. We’ll see what happens in terms of the legal part of it and all that, before we get into it too much.”

Morrill went onto say, “it’s just unfortunate. You know really, really bad choices on his [Shaw’s] part and he’s going to have to pay the price. Until we see where it all goes, it’s hard to get too much into it.”

Shaw has not played for the Aggies since his suspension however he has been seen sitting on the team bench during games.

Shaw is a 6-foot-10 senior from Dallas, Texas and was leading the Aggies in scoring, rebounding and blocked shots. 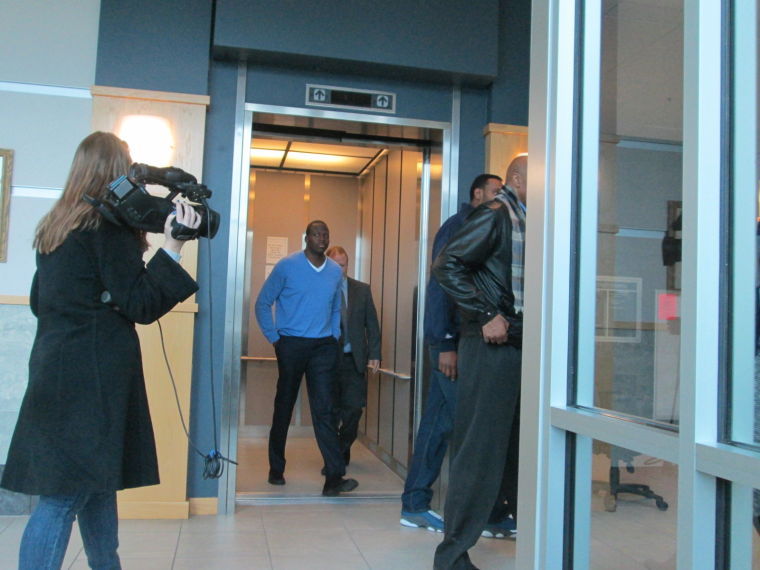