LEWISTON – When Joseph Baker witnessed the typhoon that hit the Philippines back in November, he had no idea he was experiencing the biggest storm ever recorded to hit the earth. In fact, Baker, who at the time was serving a mission for the LDS Church, went outside to take photos of the passing storm.

“The thing I felt was just a calm peace. My companion and I weren’t worried,” said the Lewiston, Utah native.

At 4 pm that day, once the storm died down, Baker and his companion, Preston Hughes of West Valley City, headed outside to observe the damage that had been done. The following day, they spent time cleaning up the yards and damaged homes of their investigators.

“The amazing thing about the Filipino people is that they are happy no matter what,” explained Baker. “People still smiled and said good morning. They are an incredibly resilient people.”

That Sunday, Baker said they held sacrament meeting in a partially destroyed home using crackers and one cup of water.

Meanwhile, back at home in Utah, Baker’s family had no idea if he was even still alive. During the first hour of the typhoon, all phone signal was lost, making it impossible for Baker and his companion to make or receive calls.

“We soon discovered that the mission home had been damaged and the records were destroyed,” said Monica Baker, Joseph’s mother. “The church knew there were 205 missionaries. They did not know who was companioned with who and they did not know where they were located at. Joey had just been transferred, so I didn’t have that information either.”

So Monica started using social media to try and find her son. She was able to discover who his companion was and where they were located. Then she had to wait. Days later, when she finally made contact with her son, she said the relief she felt was indescribable.

Baker returned home to Lewiston, Utah on November 17, but his heart and thoughts were still in the Philippines where the death toll was rising.

“It is going to take years for these people to recover,” he said. “We can’t forget about them.”

Baker didn’t forget, and that’s why he spent the next few weeks after his mission raising funds so he could return to the Philippines. Within just a week, Baker said he almost had $3,000 for his trip.

Baker returned to the Philippines for a humanitarian trip from December 6-27 with Charity Vision.

“For the first 10 days, I was attached to our medical group and I translated for them because I spoke that dialect,” he said. “Then after that, for about four days we participated in food distribution. Then I worked with logistics and chainsawing. We chainsawed these massive trees that were threatening structures such as schoolhouses and homes.”

Baker said it was good to return and help out. He already wants to go back again on a second humanitarian trip.

Baker and his mother encourage community members to make donations to reputable organizations that will help deliver supplies, fresh water and food to the Philippines. Every dollar helps. 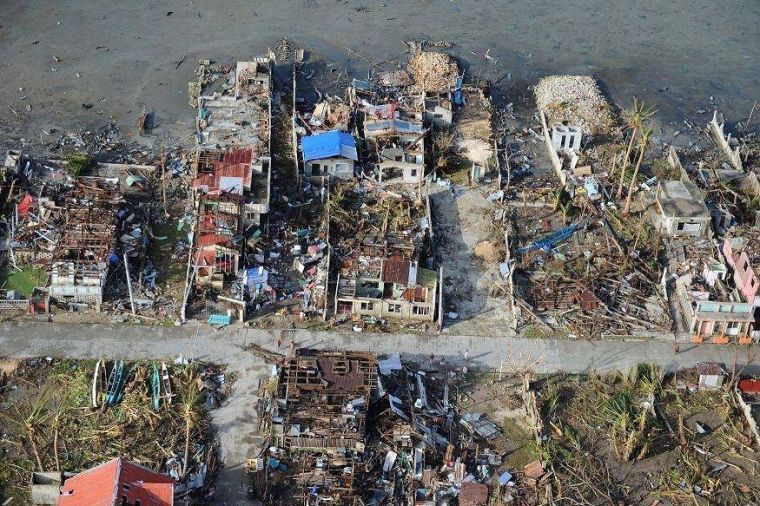 A look from above of the damage 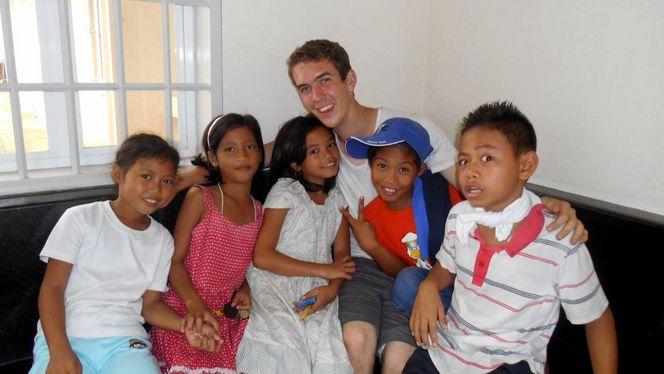 Baker gathers with a group of children. 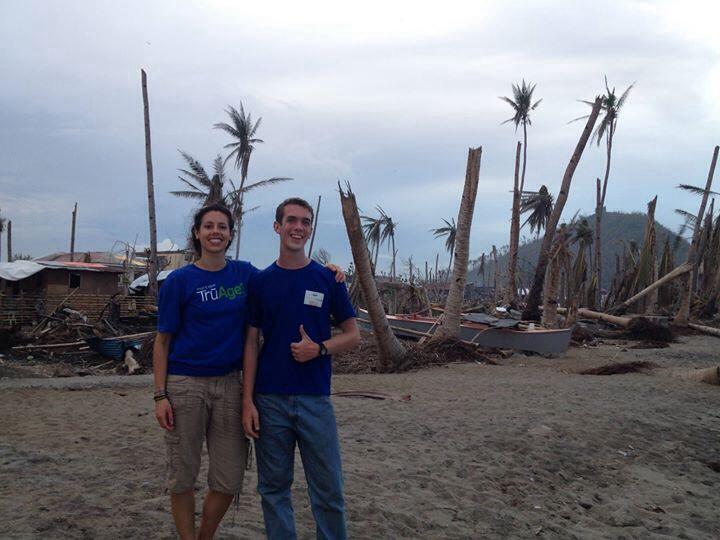 Baker returned to the Philippines with Charity Vision.