School bus that was rear-ended near 200 West 100 North in Providence. None of the students on-board were injured.

Cache County Sheriff’s Lt. Mike Peterson said the bus was stopped at the stop sign, at the intersection of 100 North, when it was hit from behind by a white Lexus ES 300 sedan.

The bus was carrying 29 students from Spring Creek Middle School and South Cache 8-9 Center. Cache County Sheriff’s Deputies said none of the children on the bus were injured and the driver of the Lexus did not have any injuries.

Students were kept on the bus while the accident was being investigated. Once it was determined that the bus had only minor damage, it continued to school to drop off the students.

The driver of the Lexus was cited for failing to stop.

Tuesday morning’s accident was the sixth involving a school bus after five accidents in December, before the Christmas holiday break. 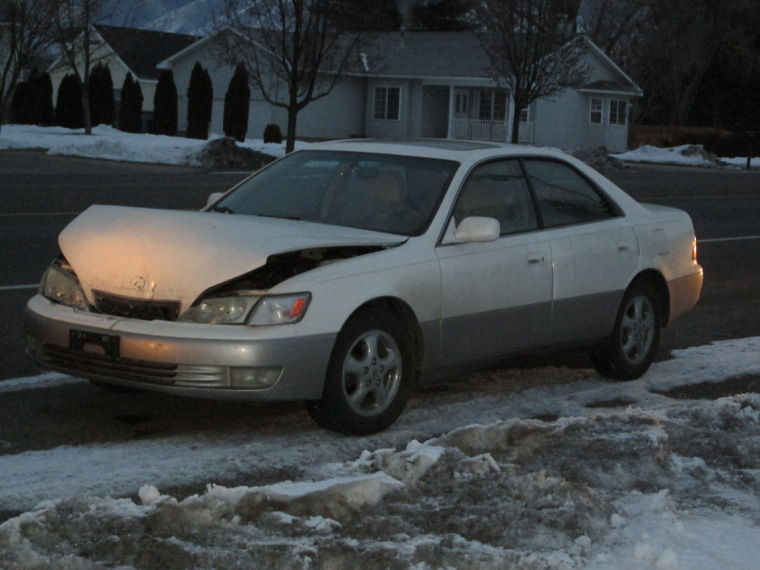 White Lexus that rear-ended the school bus in Providence.