2001 Dodge truck that was traveling northbound on US 89/91 when a 2001 Buick Century, driven by Christina C. Petersen of Hyrum, pulled in front of him.

LOGAN – A Hyrum woman was killed Tuesday morning in a head-on collision on US 89/91, near the mouth of Sardine Canyon.

Rawlinson said Petersen was driving westbound on Mt. Sterling Rd., 6800 South and stopped at the intersection of US 89/91.

Witnesses said Petersen stopped briefly and then proceeded into the roadway, right in front of the truck that was traveling northbound.

Both Petersen and the driver of the truck were wearing seat belts.

Petersen was transported to Logan Regional Hospital where she was pronounced dead. The driver of the truck was also transported to the hospital with only minor injuries.

Rawlinson said it appeared that Petersen didn’t see the approaching truck or correctly calculate the distance. The truck was not speeding.

Northbound traffic was diverted onto Mt. Sterling Rd. for an hour, while troopers investigated the accident. 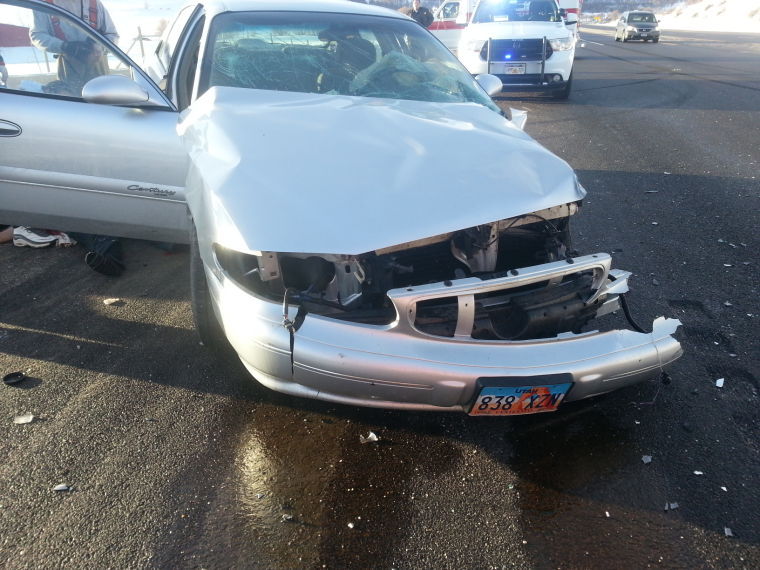 2001 Buick Century driving by Christina C. Petersen of Hyrum.  UHP reports Petersen turned onto US 89/91 in front of a 2001 Dodge Truck.