Logan City Police preparing to enter office building at 94 South Main, after a man locked himself in a public restroom and threatened to commit suicide.

LOGAN — A office building at 94 South Main was evacuated Friday afternoon, after a man locked himself in a public restroom and threatened to commit suicide.

Logan City Police Lt. Brad Franke said employees in the office called 911 after the man refused to come out of the bathroom and made statements about harming himself.

“So our officers came down to the scene,” said Franke. “The gentleman had barricaded himself in and seemed kind of delusional, making a lot of statements that led us to believe maybe he was suffering some different kind of mental or emotional problems.”

Police would not identify the man but said he is in his late 20’s and a resident of Cache Valley. He reportedly told office employees that he had a needle in his arm and that the mafia was after him.

Police evacuated the building as a precaution. Franke said hostage negotiators were then called in to try and talk to the man.

“They talked with him through the door for probably 40 minutes and were able to negotiate with him to safely open the door, surrender himself and come out,” said Franke. “So we do have in our custody now.”

Franke said because of the threats the man made, crews put on hazardous material suites and breathing apparatuses as a precaution.

“There is some concern cause he had made some statements about possibly having some chemicals or something with him,” said Franke. “So we have got the fire department and the health department here and they are just taking all of the precautions necessary just to make sure that there was nothing that’s a risk to this gentleman or to anyone else.”

Hazmat crews set up a tent in the back of the office building to decontaminate the man after he was led out of the building by the hostage negotiators.

The man was then transported to Logan Regional Hospital by ambulance.

Logan Police Captain Curtis Hooley said that no hazardous material was located in the man’s possession.  He was in good condition when transported to the hospital.

Frankie said no one was injured in the incident. 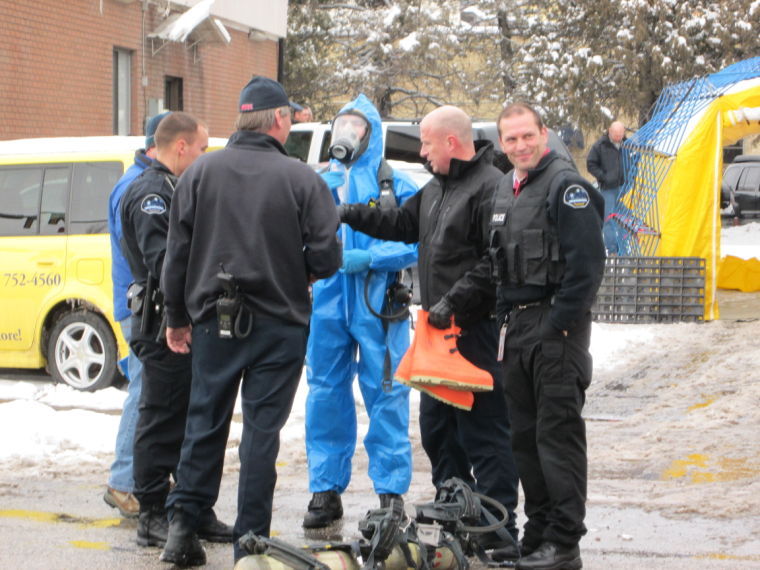 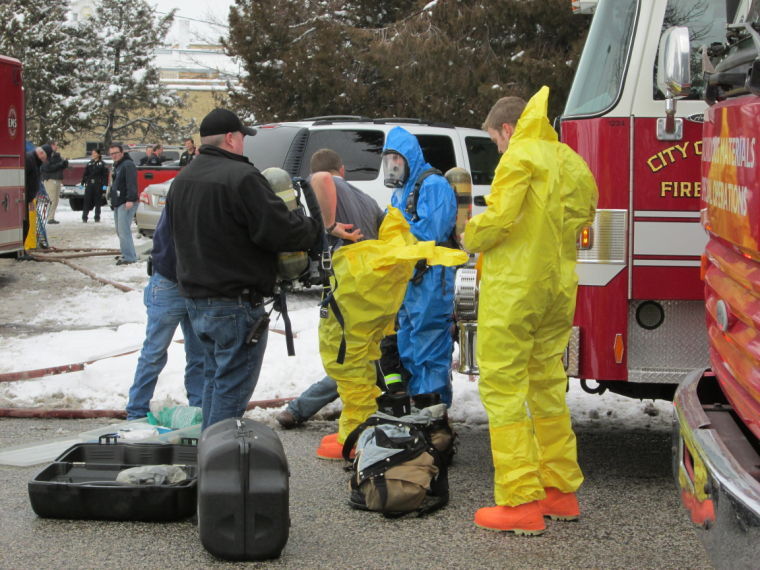 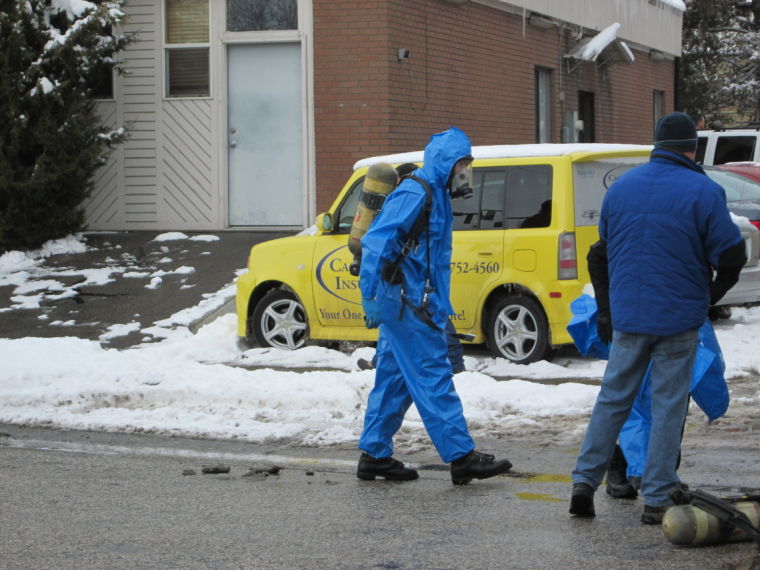 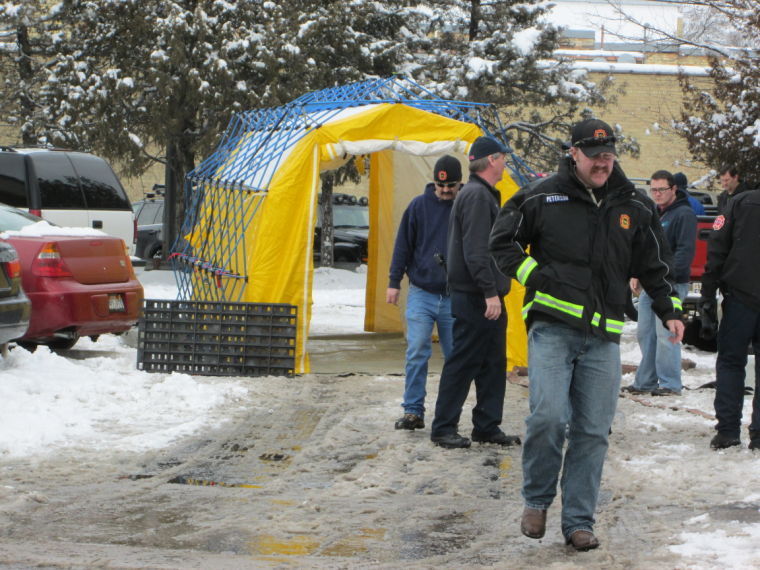 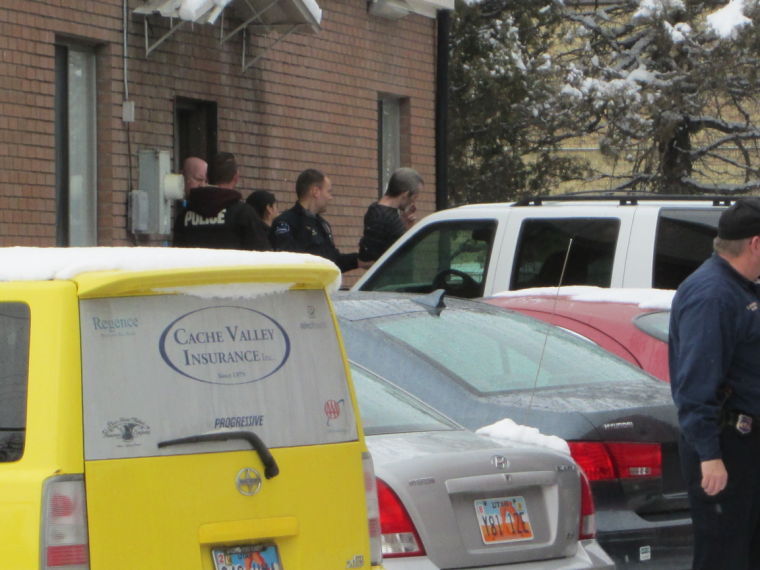 Logan City Police and hostage negotiators leading the suspect out of the building. 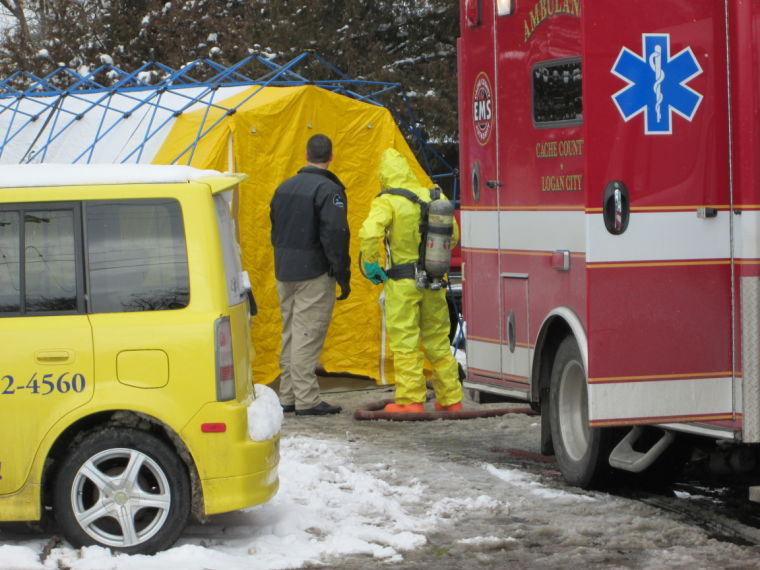 Hazardous materials crew entering into the tent to decontaminate suspect.  He was was then transported by ambulance to Logan Regional Hospital.