LOGAN — Police and Division of Wildlife Resource officers were called to catch a young moose spotted near 350 East 700 North.

The moose was first spotted Monday morning around 6:30 a.m. and then wandered west through neighboring backyards.

DWR District Biologist Darren DeBloois said it looked like the moose had been caught and transported before.

“When we tranquilize a moose,” said DeBloois, “we put an ear-tag in. So it looks like he was caught previously in Perry, three-weeks ago.

“At the time, he was taken to Hardware Ranch and let go and he has found his way back into Logan.”

The bull was around two-years-old and weighed between 800 and 1,000 pounds.

DeBloois said it is common to see moose wander into populated areas this time of year.

“Initially this time of year, the moose are having calves or they have had calves,” said DeBloois. “So these young bulls that have been hanging around with mom suddenly aren’t very welcomed anymore, so mom kicks them off. They start looking for a territory and sometimes that leads them down the mountain into town.”

The moose had an injury to his antler and rear hoof, possibly sustained while it tried to run from officers.

DeBloois said the animal would be treated by a veterinarian before being transported east of the Sinks area in Rich County. 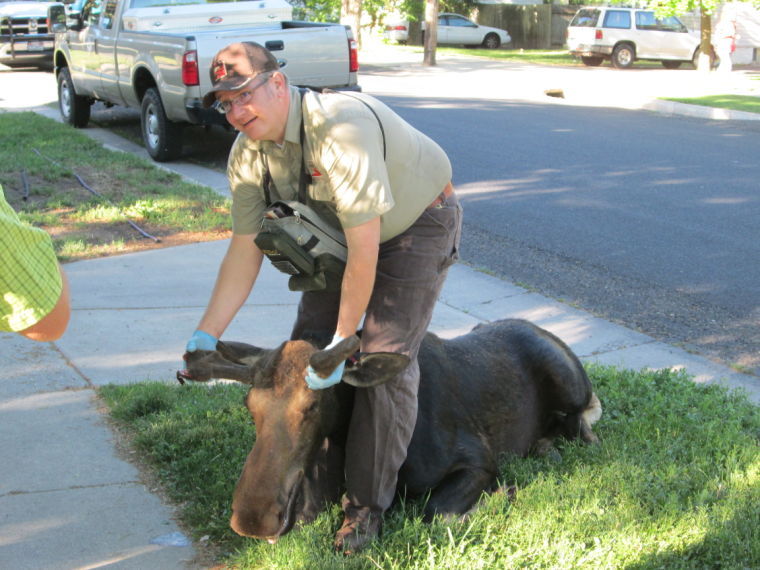 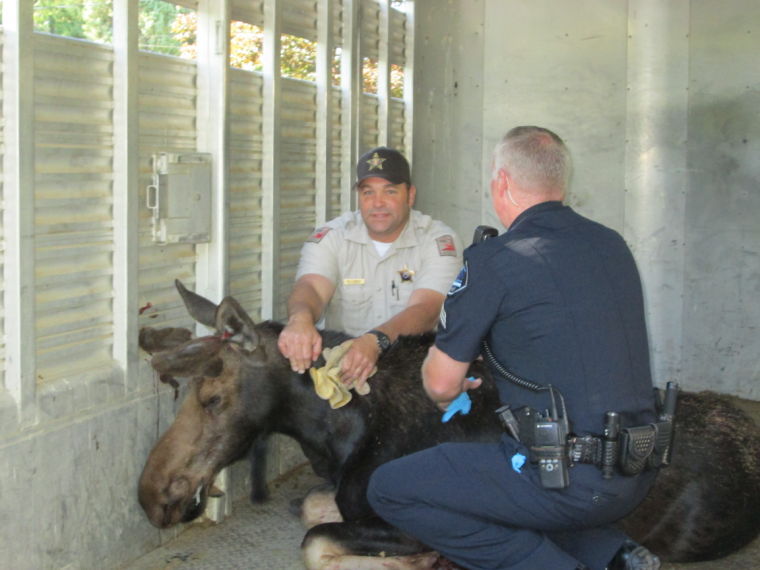 DWR officer Matt Burgess and LCPD Sgt. Barry Parslow with moose after it was loaded into trailer for transport.