Shell casings found near where victims say a man shot at their vehicle in the North Logan Walmart parking lot.

NORTH LOGAN — Police are looking for a man who reportedly shot at an occupied vehicle in the parking lot of Walmart, 1550 North Main St. Sunday afternoon.

Police report the man is described as having short hair, lots of tattoos and driving a dark green or black Chevy S-10 truck, with damage to the front driver’s side.

According to reports, the man shot at the occupants of a green Dodge truck after some sort of argument.  Three shots are believed to have been fired. No one was hit.

When police arrived on the scene they found shell casings nearby where the shooting was reported.

The occupants of the Dodge truck drove south to the Cache Valley Mall parking lot and called police.  They were transported to the hospital. Their condition is unknown at this time.

More info will be coming. 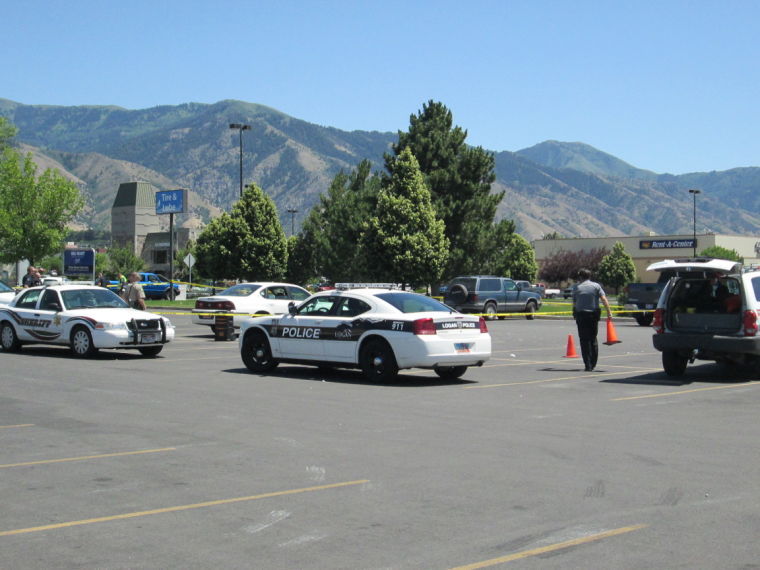 Police on scene of a shooting at the North Logan Walmart. According to reports a man driving a dark green or black truck fired several rounds at a car after some sort of altercation. Police are looking for the man described as having short hair and lots of tattoos.