A 33-year-old Logan man has been booked into jail after allegedly shooting members of his extended family at a home in Spring, Texas, Wednesday afternoon.

Court records show, while living in Logan, Ronald Lee Haskell was charged with domestic violence and simple assault in 2008. He later pleaded guilty to the assault charge in a plea agreement and had the domestic violence charge dismissed.

A protective order was filed against Haskell by his estranged wife in July 2013. She later filed for divorce and moved to get away from her husband.

A press release from the Harris County Sheriff’s office said Haskell traveled to a residence north of Houston Wednesday, demanding the whereabouts of his estranged wife.

Haskell reportedly was dressed as a parcel delivery driver when he forced entry into the home, holding multiple juvenile victims at gunpoint. He held them at gunpoint until additional family members returned to the home.

The press release states during the incident, Haskell opened fire on the family, killing six and wounding one. Stephen and Katie Stay, along with four juvenile victims were killed during the confrontation.

Five members of the family were found dead upon arrival. Two were transported to a local hospital where one juvenile victim was pronounced dead, another remains in critical condition.

The surviving victim was able to provide first responders with information regarding Haskell’s whereabouts. Harris County Sheriff’s deputies located him while en-route to confront additional family members. They pursued him into a subdivision where he later surrendered after a multi-hour standoff.

Haskell is being charged with one count of capital murder and has been ordered to remain in jail without bond. He is expected to be arraigned in court Friday.

A candlelight vigil is being held tonight at 9 p.m. near 73 Hampton Place in Logan, where the family use to live. 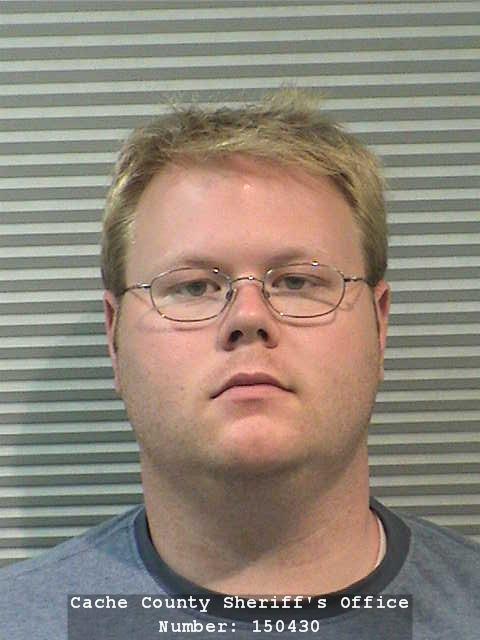 Past booking photo of Ronald Lee Haskell when he booked into the Cache County Jail in 2008. The now 33-year-old man is being charged with killing six members of his extended family in Texas.