LOGAN — A Sunday afternoon accident near Rick Springs in Logan Canyon, US 89 sent four people to hospitals, one by helicopter.

Utah Highway Patrol trooper Kent Goodrich said two people were traveling north in a blue pickup around 3:00 p.m. Near milepost 477, they attempted to pass a slower vehicle when the accident occurred.

“As he came around the corner, a blue Honda Civic was in his lane of travel, said Goodrich. “He didn’t have anywhere to go, there was a car that was on his right and the car directly in front of them and so they hit head-on.”

A 24-year-old male passenger in the Honda had to be extricated from the vehicle. He suffered two broken femurs and lacerations. He was flown by helicopter to a Salt Lake area hospital.

The 22-year-old female driver of the Honda also sustained a broken ankle and lacerations. She was transported by ground ambulance to Logan Regional Hospital.

Goodrich said both people were wearing their seat belts which possibly saved their lives.

“Initially when I first arrived on scene I thought that it was going to be worse because of the damage to the cars,” said Goodrich. “I am positive that seat belts helped them and they were able to pull through that.”

The 19-year-old driver and 18-year-old passenger of the pickup truck were also transported to Logan area hospitals by ground ambulance.

Goodrich said the section of road where the accident occurred had recently been chip sealed and the lines had not been repainted.

The accident investigation has been turned over to the county attorney to determine if any charges will be filed. 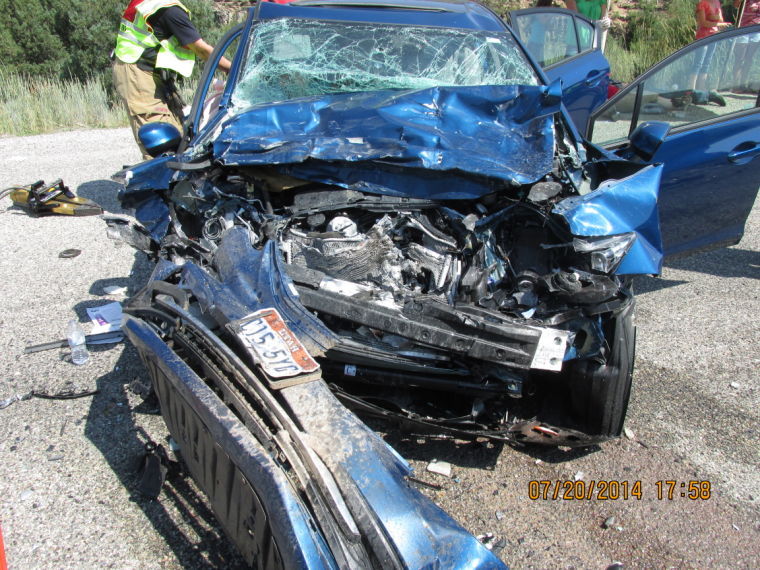 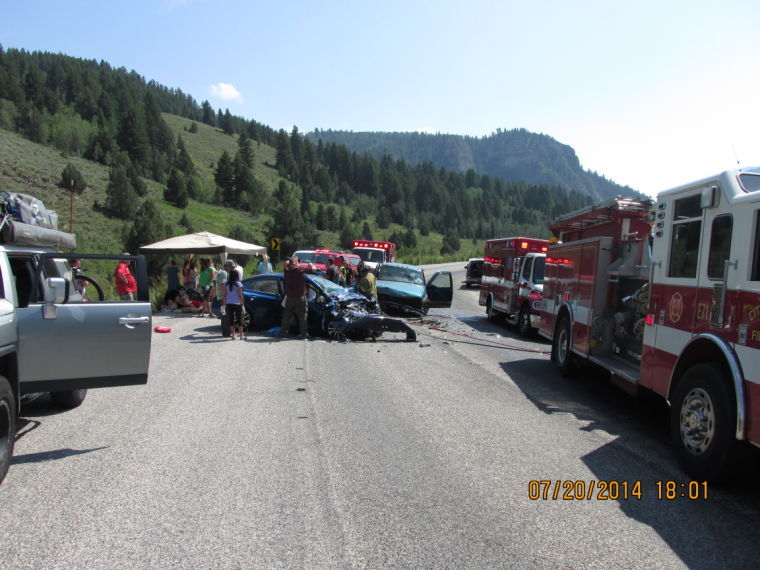 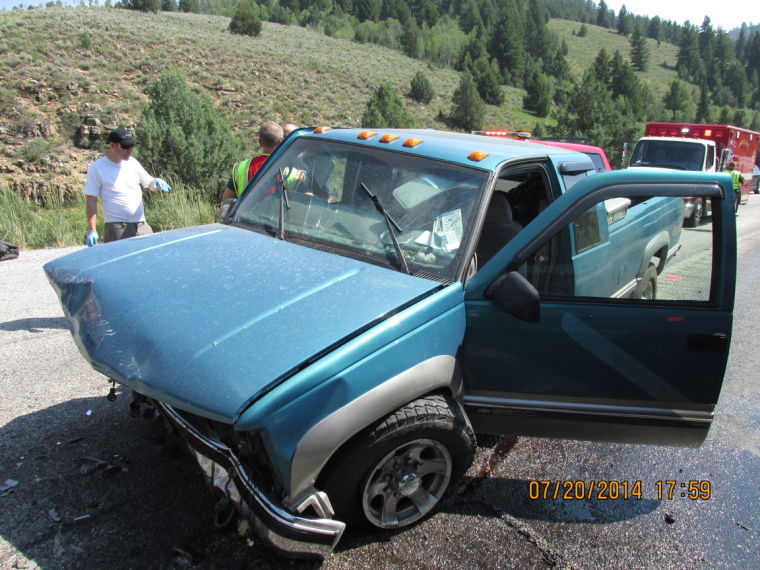 Pickup truck involved in Sunday's accident in Logan Canyon, US 89.