PROVIDENCE — Streets surrounding Providence Elementary School, 91 East Center St. were blocked and a neighboring business was evacuated, after a gas line in the school was ruptured Tuesday morning.

Cache County Sheriff’s Sgt. Matt Goring said the gas line was ruptured by crews that are demolishing part of the school.

“We responded to find out that during the demolition, they had struck a gas line and gas was leaking,” said Goring. “Due to the problem with the gas, we went ahead and blocked down the streets and intersections.”

The gas line was in the school’s cafeteria and ruptured in several places.

There was one school employee in the building at the time and they were safely evacuated.

Goring said a nearby business was also evacuated.

“They have registered gas fumes in that building,” said Goring. “So they evacuated the business down here on the corner, just for precautionary sake.”

Questar responded to the school and shut off the gas. After the gas fumes dissipated, the streets were reopened. 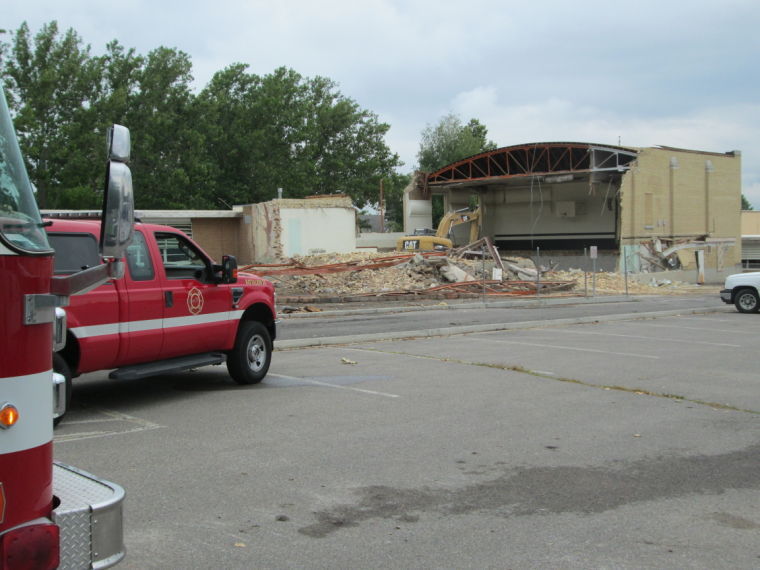 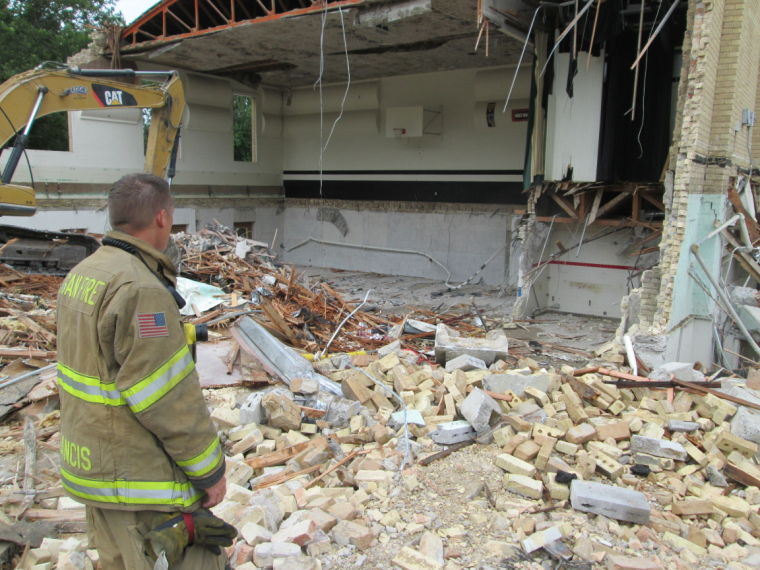 Crews standing outside the gym and cafeteria where the gas line was ruptured.