Sammie Hodges listens as his defense attorney questions a law enforcement officer during a preliminary hearing, Tuesday, July 29, 2014, in First District Court. Hodges is accused of child abuse for leaving a boy home alone while chained to a bed. (Eli Lucero/pool)

LOGAN — A judge has ruled a 29-year-old Logan man will stand trial for child abuse after he was accused of chaining his six-year-old son to a bed frame, in June.

Court records show Sammie Lee Hodges appeared in 1st District Court Tuesday for a preliminary hearing. He was arrested June 10 and charged with four counts of child abuse, all class A misdemeanors.

Hodges attorney David Perry said he wasn’t surprised the judge bound his client over to answer the charges, given the low burden of proof in preliminary hearings.

In court, Perry argued that the state’s claim of all four abuse charges occurring on the same day is wrong.

After the hearing he said he wished the judge would have dismissed three of the charges.

Perry said, “I’ll file a bill of particulars and if the state can’t determine the dates of the other charges then I’m going to file a motion to request those charges be dismissed.”

Perry said he is working with state prosecutors on a possible plea agreement.

At the time of Hodges arrest, Logan City Police Chief Gary Jensen said his department received an anonymous child abuse report for Hodges home at 825 North 1400 East. The complainant stated a boy was being chained-up while his father was at work.

Jensen said when police searched the home they found the boy chained-up in a bedroom.

The child was taken into custody by Department of Child and Family Services.

Hodges is due again in court August 18 for a pretrial conference. 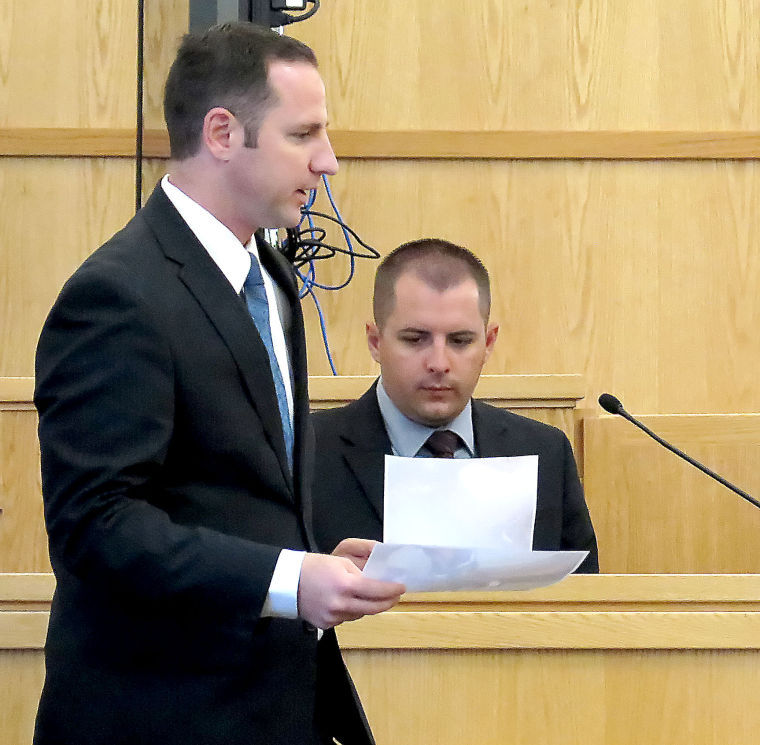