LOGAN – Aggie students’ Twitter feeds were flooded Wednesday afternoon with jokes about the delayed construction of a new apartment complex being built near campus. The hashtag #BeforeAggieFactoryIsDone was used to spread the joke over the social media network. By 5 p.m. the hashtag was trending on Twitter and by 6 p.m. it was the number one trending topic for the Salt Lake City area.

Aggie Factory is a student housing complex being built near campus that promised many luxuries not available in other complexes, such as a two-story gym, a double-decker hot tub and a bowling alley. The complex was supposed to be finished in time for students to move in by fall semester, but <a href=”http://www.cachevalleydaily.com/news/local/article_bc41c612-f02b-11e3-8bb2-0017a43b2370.html” target=”_blank”>construction came to a halt</a> early in the process of being built and has not resumed.

Charley Riddle, a former USU student who graduated in May, sent out the first Aggie Factory tweet Wednesday morning that read, “Whenever I’m behind schedule, I just think of Aggie Factory and realize things aren’t so bad.”

More tweets with the hashtag were soon added and Aggie students started to join in.

The tweets were mostly intended to be funny.

In addition to the tweets, some started making memes – a picture with text shared on the Internet – to add to the fun.

“I’ve never started something that gets trending,” Riddle said before it became a trending topic. “I hope it does.” 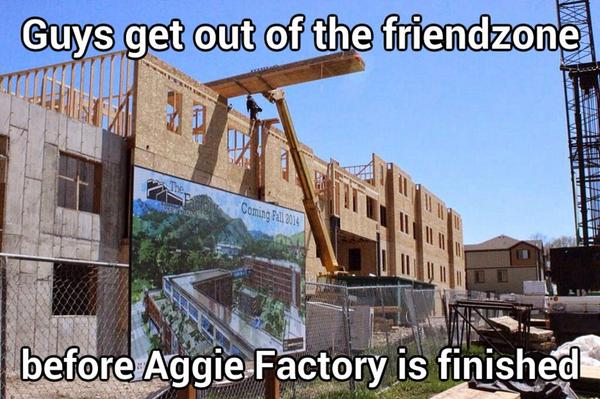 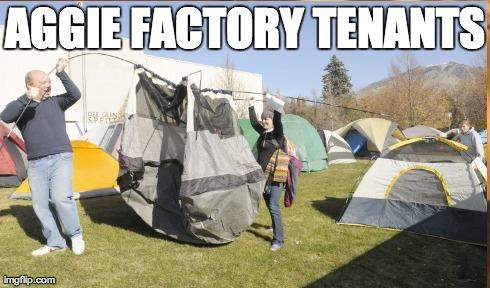 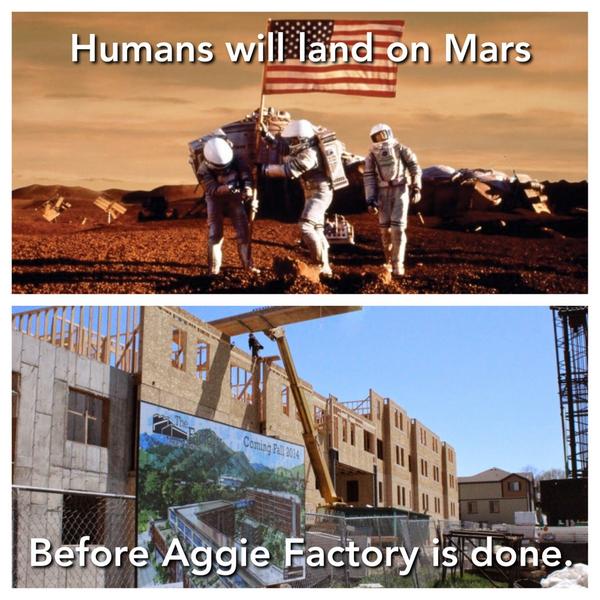 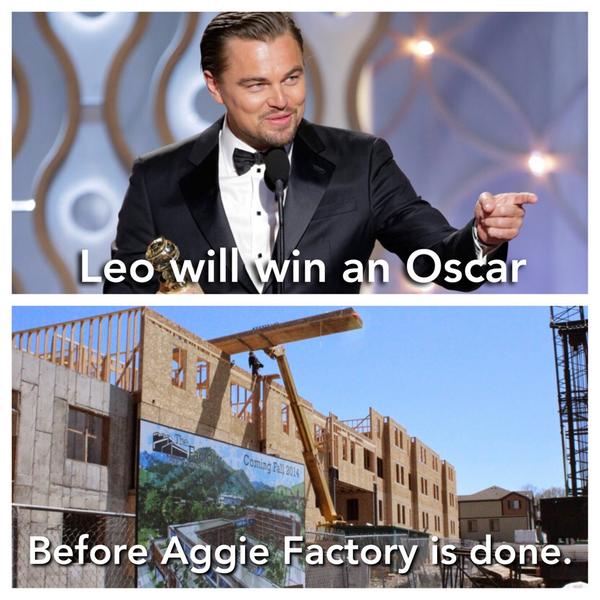 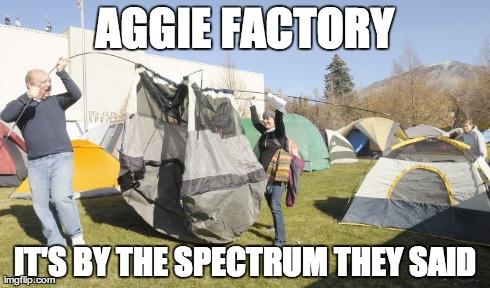 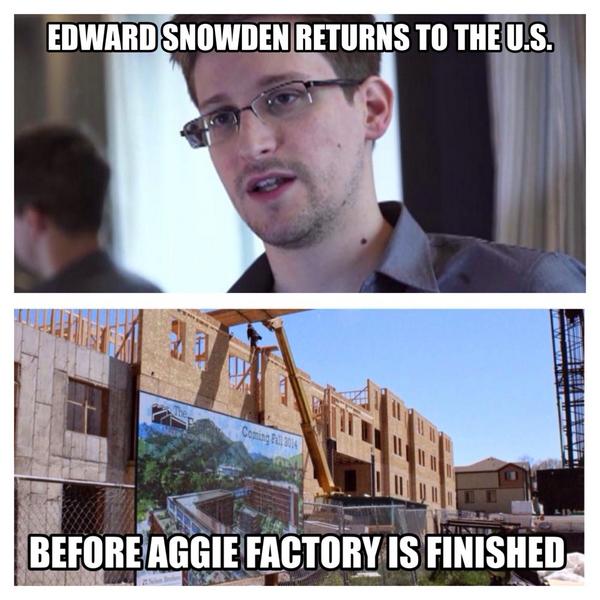 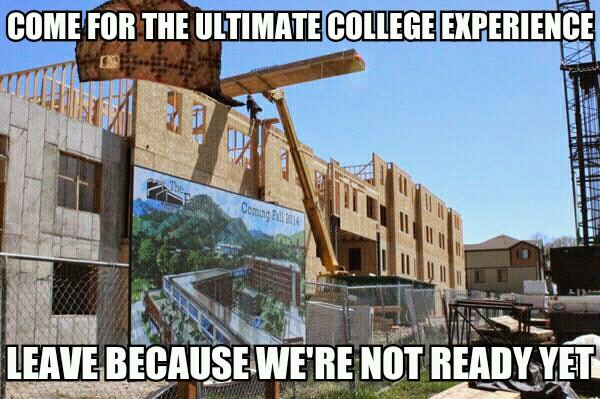 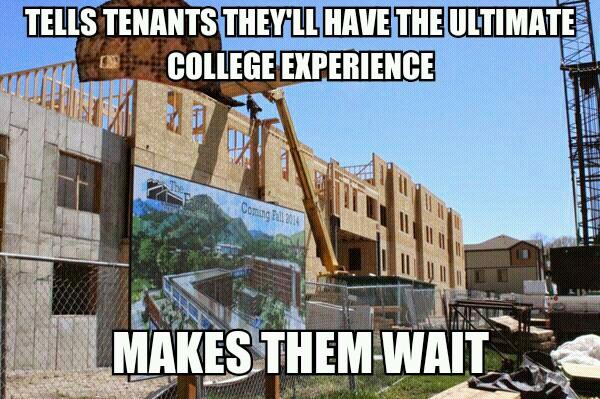 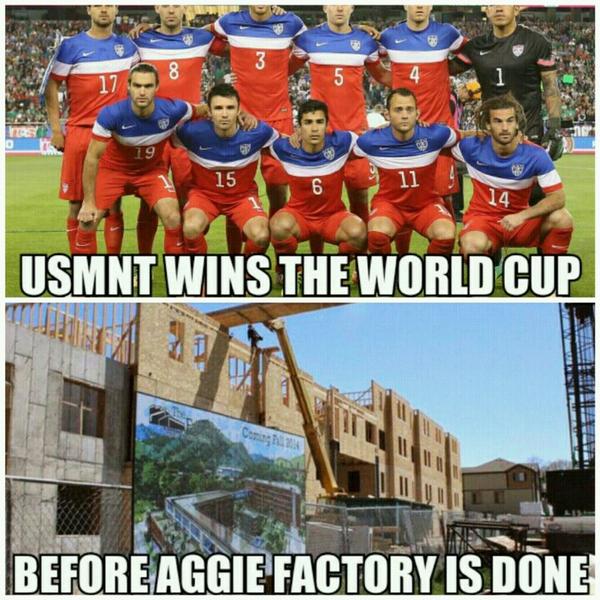