The Bishop vs. McAleer matchup in Utah’s 1st Congressional District is a rematch from 2012 when the congressman defeated the business executive by 46 percentage points.

The debate is the first put on by the Utah Debate Commission, a coalition of educators, news media and former politicians formed this year to ensure there are debates each election cycle for statewide and federal offices.

The hour-long debate will be moderated by KUED’s Ken Verdoia and feature questions submitted by residents and students about topics relevant to the race, said Nena Slighting, the commission’s director. The debate will be aired live on several Salt Lake City television stations.

The commission is hosting debates over the next three weeks for the state’s four U.S. House races and state attorney general.

In past election years, debates have been sporadic with some races not having any at all, said Damon Cann a political scientist at Utah State University. Cann, who serves on the commission’s board of directors, said bringing together power brokers in higher education, news media and both political parties to organize the debates and extend the invitations has changed the landscape.

“That’s made it possible to unify and say look: ‘You’ve really got to participate and give the public the benefit of seeing candidates face off in a public forum,'” Cann said.

Bishop and McAleer are vying to represent the 1st Congressional District, which includes the northernmost parts of Utah, including Ogden and Logan.

McAleer is trying to convince voters she has a real chance this time. In one recent fundraising email, her campaign wrote, “Everyone says Donna is crazy for running a race like this in Utah. I say she’s crazy not to.” In another, “I welcome the role of underdog. Our strength lies in you, not the big powerful interests others rely upon.”

McAleer plans to push Bishop during the debate how he will end gridlock in Washington D.C. that she says he’s contributed to, said her campaign manager, Turner Bitton. She will also question him about the role he played in last year’s government shutdown, Bitton said.

An issue expected to come up Tuesday is the tug-of-war over protecting Utah’s public lands and opening some of them up for oil and gas development. Bishop is a proponent of more development while McAleer favors protection of public lands.

During the GOP nominating convention in April, Bishop easily defeated relatively unknown David Yu Lin Chiu by getting 81 percent of the votes from delegates.

Meanwhile, in the Democratic convention, it took McAleer two rounds of votes to get enough support from delegates to get past physician Peter Clemens and avoid a primary. 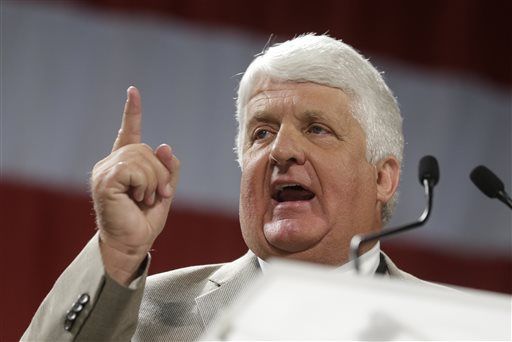