Some of the food collected at the Cache Community Food Pantry, during the Day of Giving.

LOGAN — News Talk KVNU and the other stations of the Cache Valley Media Group are thanking listeners and the community for helping collect food during the Cache Community Food Pantry “Day of Giving.”

Pantry Director Matt Whittaker estimated that by the end of the day, Friday, about 8,000 pounds of food had been dropped off.

“You know, I’ve seen people walk in off the street with a couple cans,” said Whittaker. “I had a little girl give me $3. We’ve had people come in with a truck full of turkeys and bags of potatoes and say, ‘We’ve been blessed. We want to pass it on.’ So it’s been very humbling for me to see the response from the community that’s come in today.”

The food will go towards helping provide Thanksgiving meals to more than 300 families and others in the community.

Whittaker said the pantry serves an average of 165 families every week. They also provide food and hygiene items to other non-profit organizations. 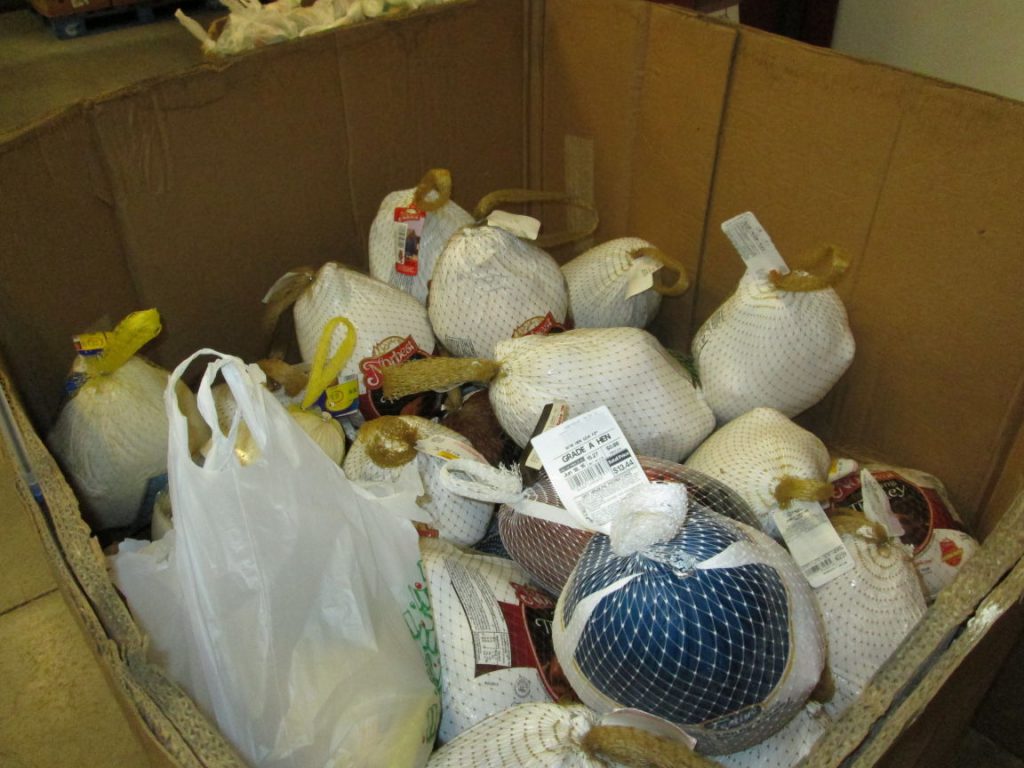 Some of the turkeys, collected during the "Day of Giving"