LOGAN, Utah – Utah State senior middle Kaitlyn VanHoff has been named all-Mountain West, marking the second straight year that the Aggies have been honored by the MW with post-season accolades.

VanHoff led USU during conference play with 198 kills, averaging 2.83 per set, and 106 total blocks, averaging 1.51 per set. Her blocking total led the league as she also appeared among the conference leaders in hitting percentage (.323, eighth), points per set (3.77, fourth) and kills (14th).

VanHoff totaled 317 kills on the year, averaging 2.78 per set and finishing second on the team. She led the team with 154 total blocks, but finished second with a 1.35 blocks per set average. In addition, she also tallied 11 assists, 23 service aces and 59 digs.

VanHoff finished her career with a school-record 570 total blocks and 543 block assists and is the only player in Utah State history to surpass the 500-plateau in either statistic. She also finished her career with 816 kills, 56 assists, 34 service aces, 16 solo blocks and the seventh-best hitting percentage (.264, 816-320-1882) in school history.

Overall, Utah State finished the season with an overall mark of 13-16 and a 9-9 record in the Mountain West. The ledger included a 7-6 showing at home on Kirby Court at the Wayne Estes Center, marking the ninth consecutive year that the Aggies have had a winning record at home under head coach Grayson DuBose. 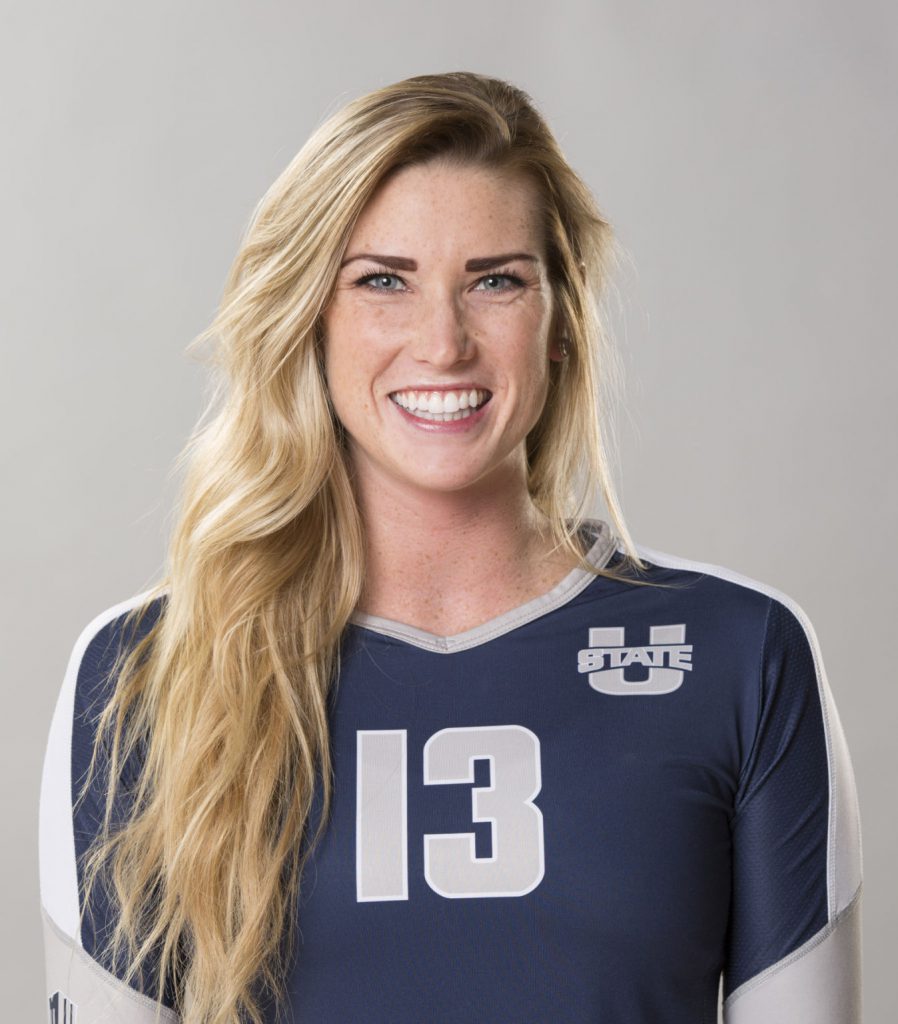