HYRUM — Close to 100 people participated in Saturday morning’s annual Polar Plunge at Hyrum Reservoir. The charity event raised money for Special Olympics Utah and was organized through the Law Enforcement Torch Run, made up of local law enforcement agencies.

Cache County Sheriff’s deputies, who once again helped organize the event, cut a large hole in the ice and then supervised as plungers took turns jumping in. Participants dressed in costume while others jumped with friends and coworkers.

With overcast skies and water temperatures around 38 degrees, plungers didn’t stay in the water long. Most raced out of the water, toward the boat ramp, grabbing towels and making their way to the heated dressing rooms to warm up.

Sheriff’s deputy, Shane Zilles helped organize this year’s event and said it was a great success.

“It’s nice, it was a good turnout,” said Zilles. “We really enjoyed everybody coming out this year. We had a good amount raised, it’s awesome.”

This year’s event raised around $13,000. Zilles said Sam’s Club, Walmart, Inovar and even a Boy Scout troop were some of the biggest groups that participated. The money raised will go toward helping Special Olympic athletes train and compete.

Awards were also given away to the top donors.

Zilles’ son, Tanner won the award for the top overall male, raising $600 for the event. He jumped in three times this year and said he does it for the local athletes.

“For Special Olympics, our family is really into that,” said Zilles. “This was my ninth year. Last year I jumped five times in a row. I’ve been doing it since I was seven. 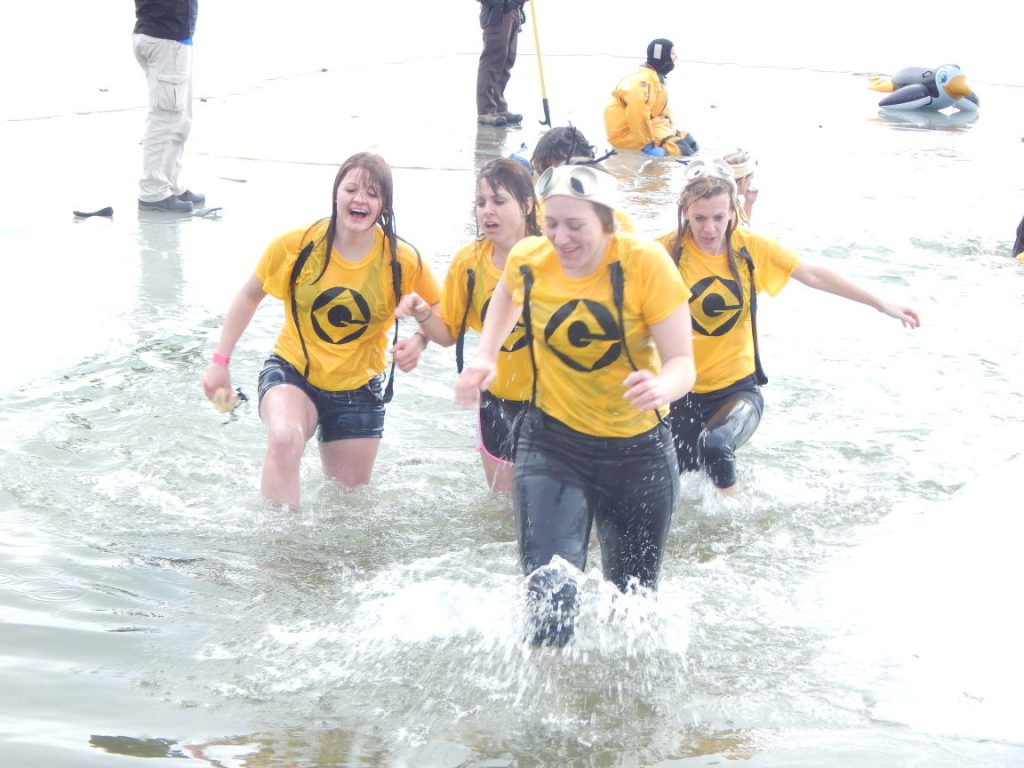 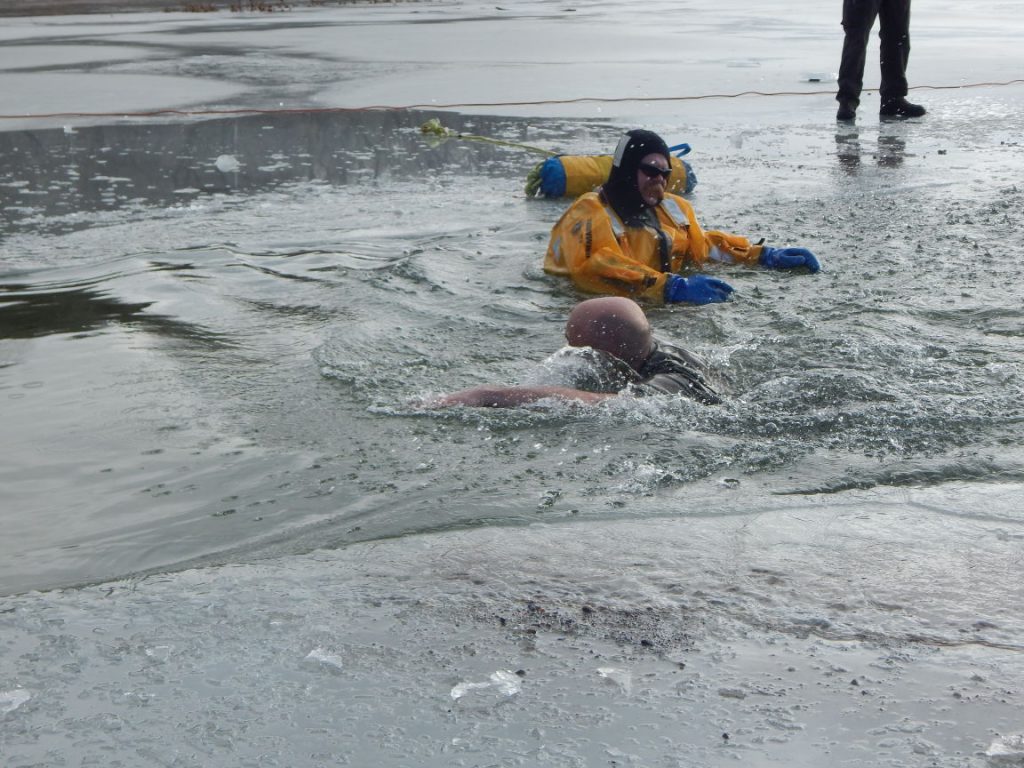 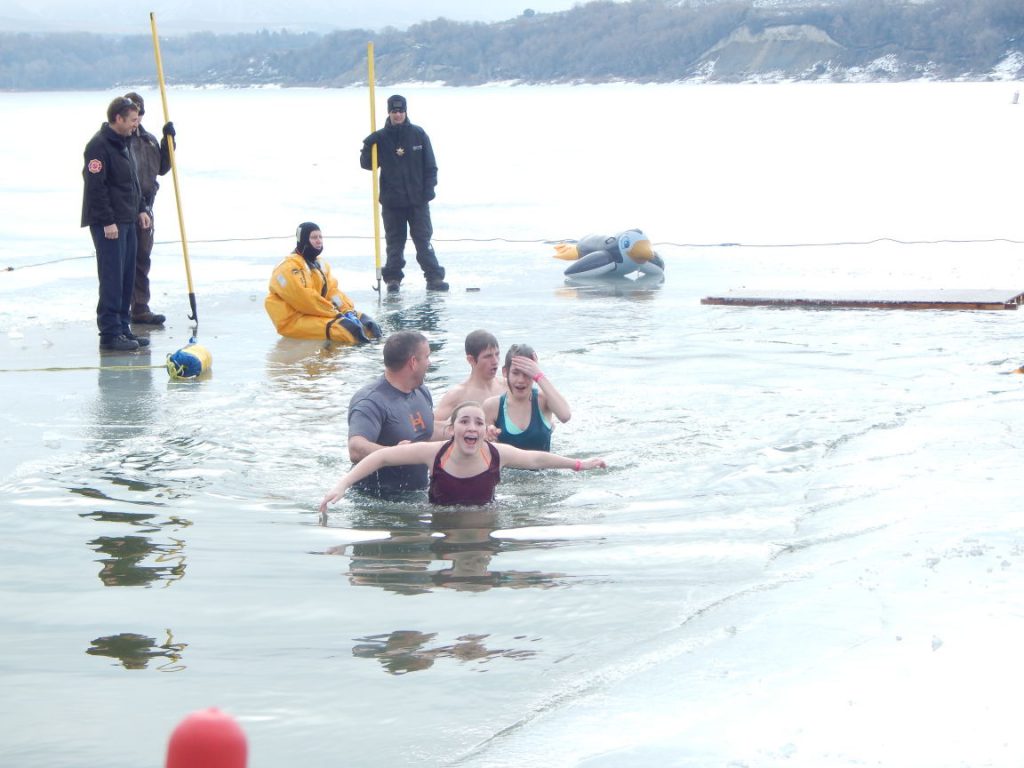 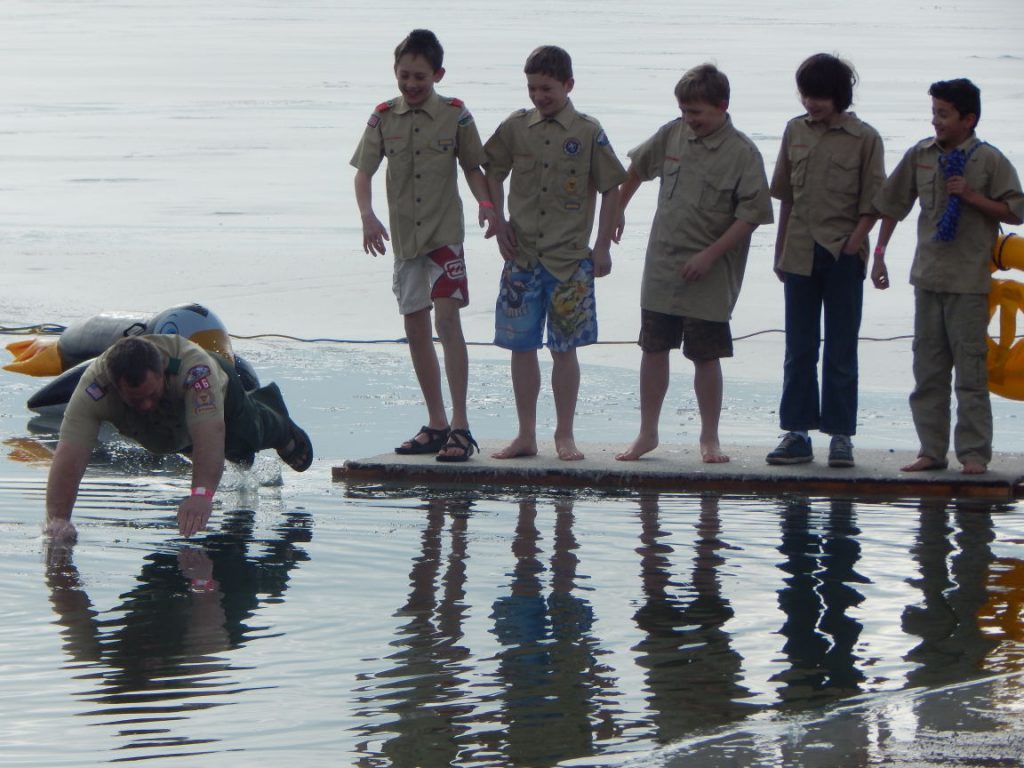 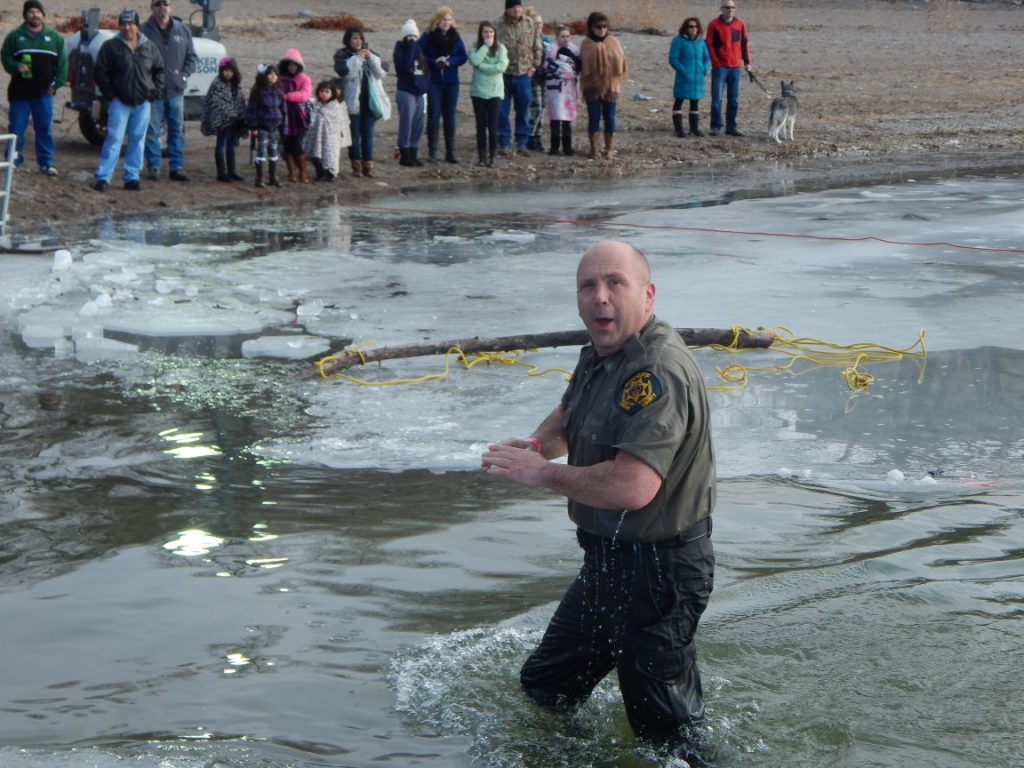 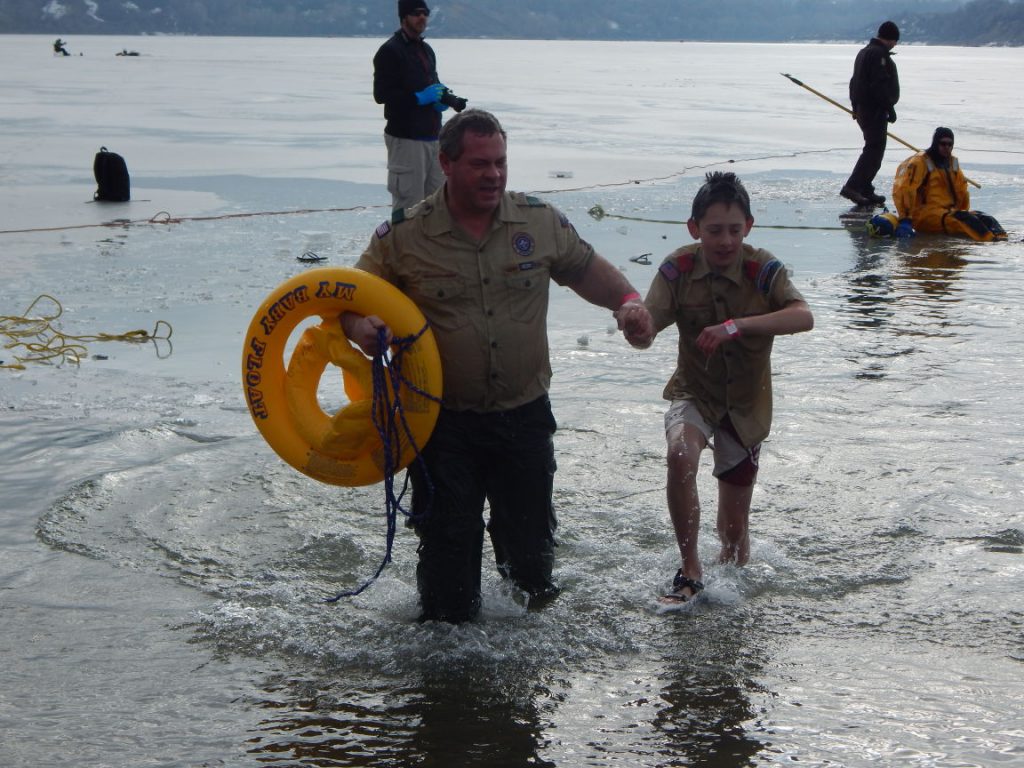 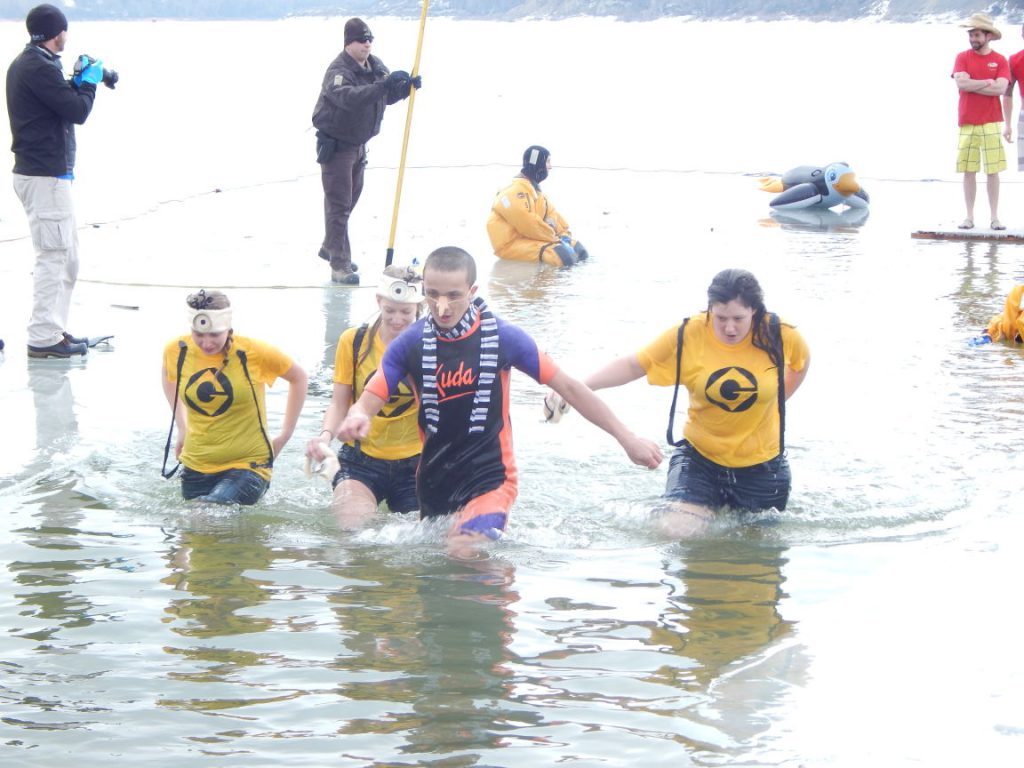 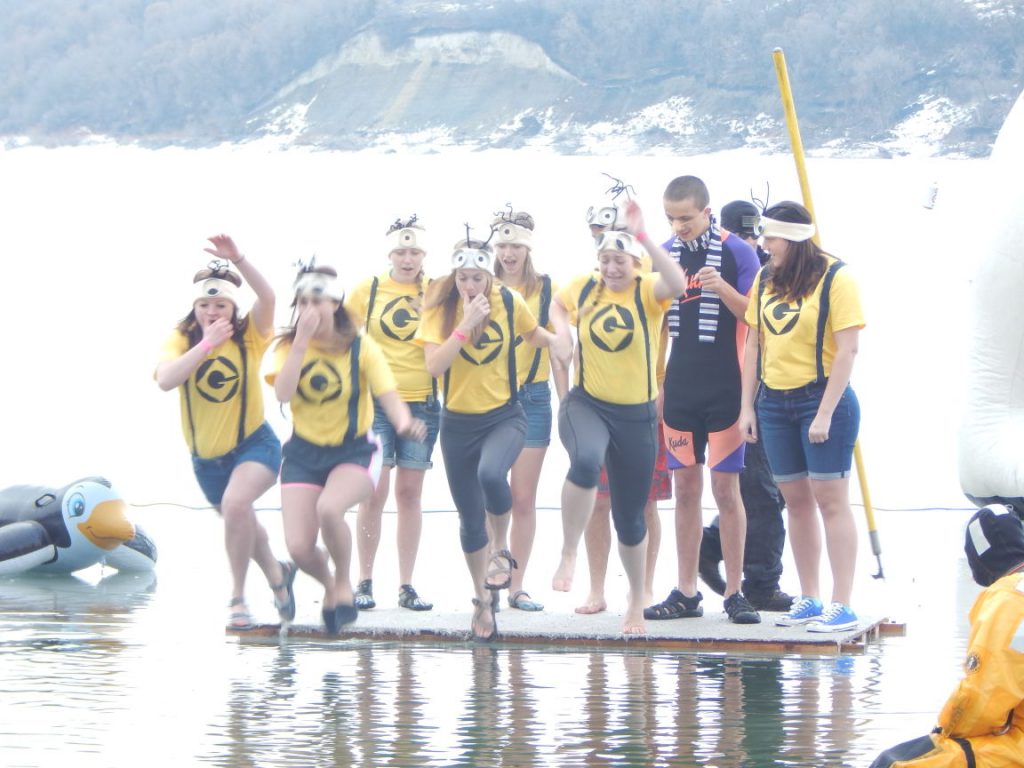 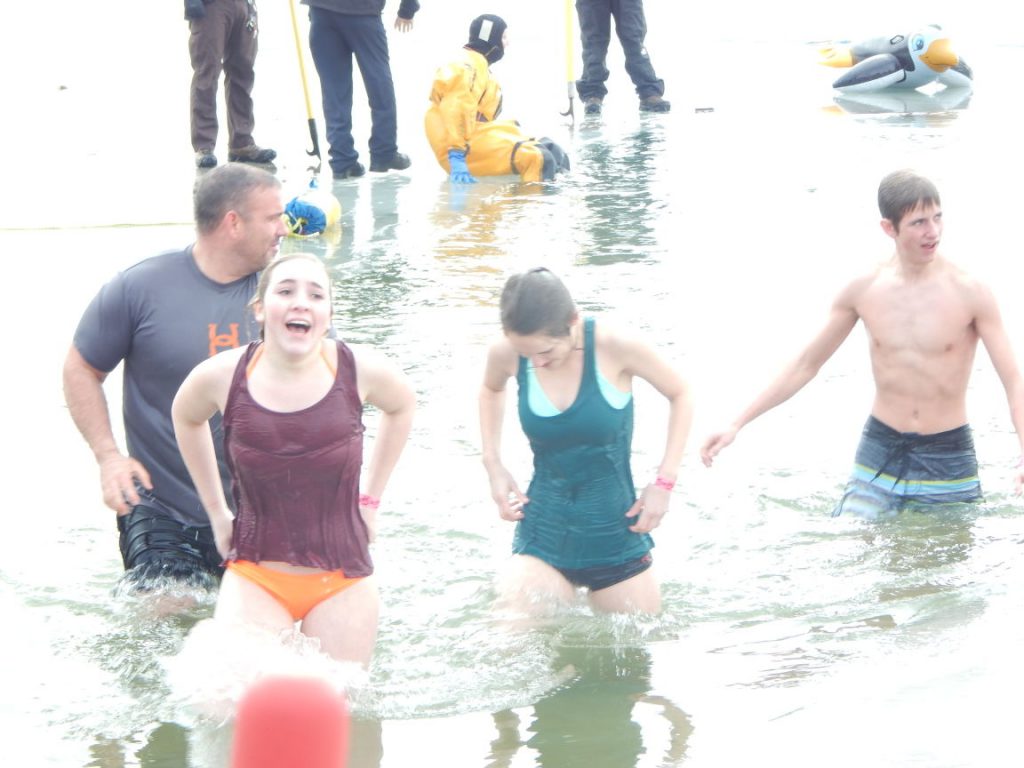 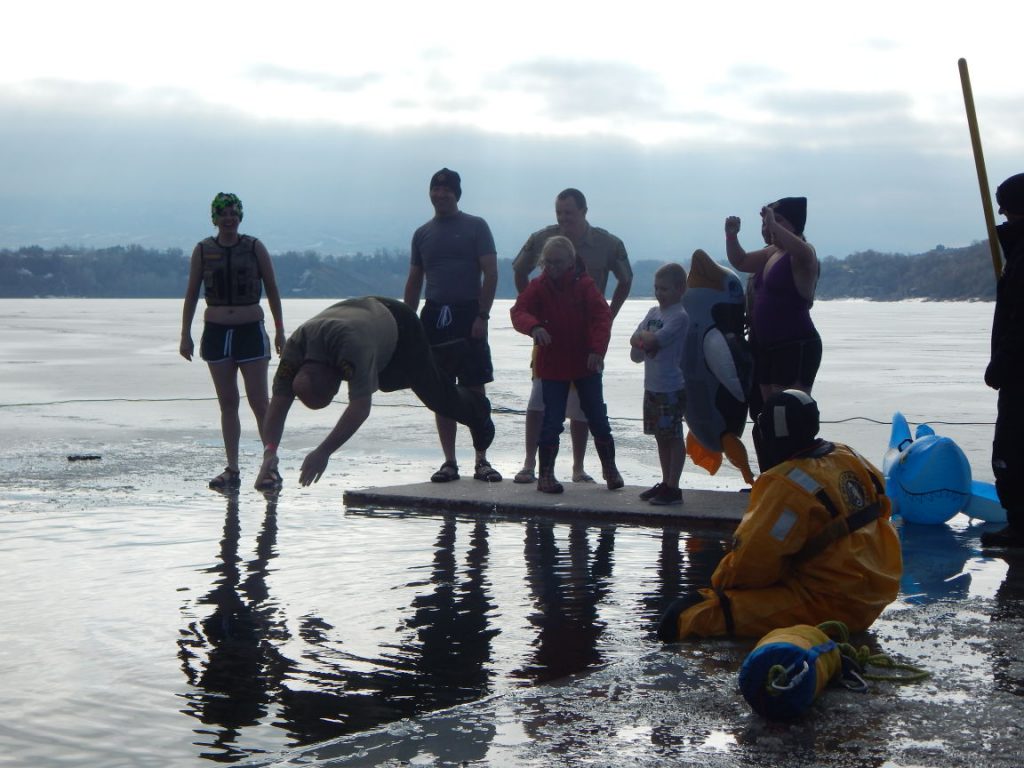 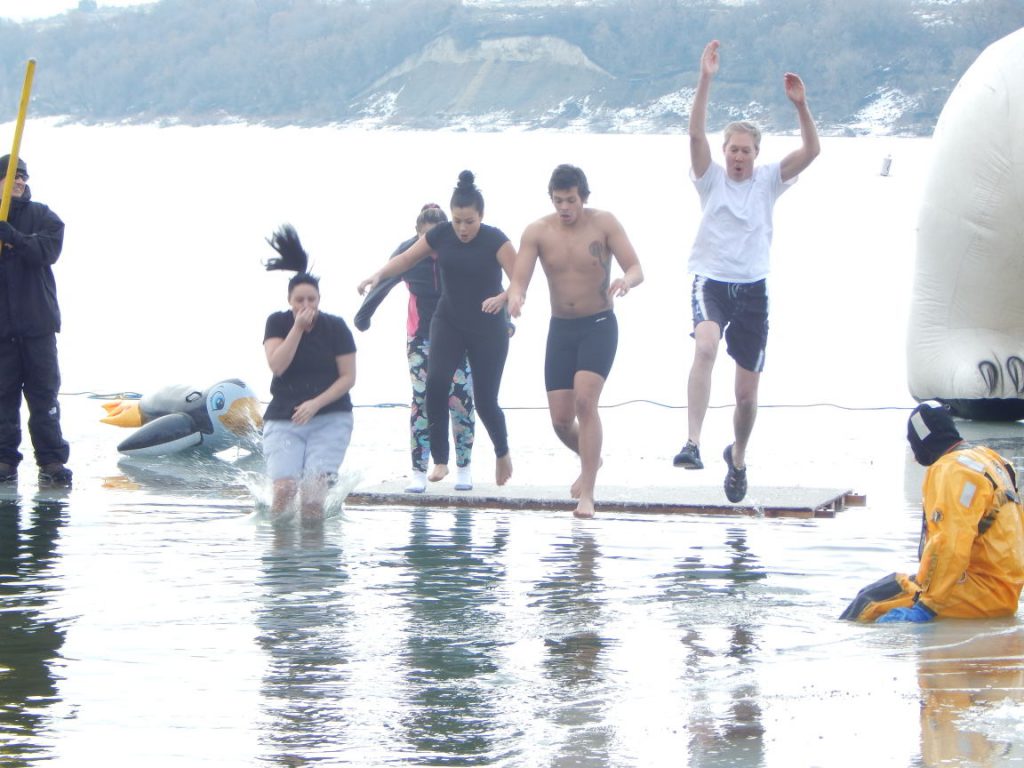