LOGAN, Utah – Wayne Estes was an All-American basketball player for Utah State University from 1963 to 1965 and to this day is still regarded as the best cager in school history.

On the night of February 8, 1965, Estes played the last game of his college career against the Denver University in the Nelson Fieldhouse on the USU campus. Estes, who scored the second-most points in a single-game in school history that night with 48 (trailing his school-record 52 points set a year earlier) eclipsed the 2,000 point mark with his final basket of the game to give him 2,001 points for his career. With his final basket, Estes became just the 18th player in NCAA history to score 2,000 points.

After the game, Estes and some friends stopped at the scene of a car accident near campus. While crossing the street, Estes brushed against a downed high power line and was fatally electrocuted.

A native of Anaconda, Mont., Wayne came to Utah State in the summer of 1962 as a great all-around athlete who looked more like a football player and weight thrower in track than a basketball player. However, by the end of his freshman year, Wayne had proved all of his doubters wrong as he set the USU freshman scoring record with 254 points.

As a varsity starter at the beginning of his sophomore season, Wayne would go on to play and start in all 75 games during his illustrious Aggie career as he was held under 10 points just once, and wound up with 31 20-point games, 18 30-point games, seven 40-point games and a USU school record 52 points against Boston College during his senior season.

In all, Wayne averaged 20.0 points as a sophomore and helped Utah State to the NCAA Tournament. During his junior year, Wayne upped his scoring average to 28.3 points and again led the Aggies to the NCAA Tournament, this time to the regional semifinals, one of just 16 teams in the nation to advance that far. And during his senior campaign, Wayne averaged 33.7 points per game, which ranked second in the nation, behind Miami’s Rick Barry.

A consensus All-American as a senior, Wayne still ranks as the third-leading scorer in Utah State history with 2,001 points and is the fourth-leading rebounder in school history with 893. He still holds school records for career points per game at 26.7, free throws made in a career with 469, consecutive 10-point games with 64 in a row, points in a season with 821 as a junior, points per game in a season with his 33.7 average as a senior, points in a game with 52 against Boston College, and rebounds in a game with 28 versus Regis University.

Wayne, who would have likely been a high draft pick in the National Basketball Association in 1965, became the first player ever to earn first-team All-American honors from the Associated Press before season’s end and was also posthumously named an All-American by Look Magazine, Converse, the Helms Foundation and the Sporting News. In 1967, Wayne was inducted into the Naismith Memorial Basketball Hall of Fame.

Utah State will honor Wayne Estes at its final home game of the season on Saturday, March 7 when it hosts Colorado State in the Dee Glen Smith Spectrum at 7 p.m. During halftime, USU will introduce several of Wayne’s teammates and show a highlight video of Estes’ career. 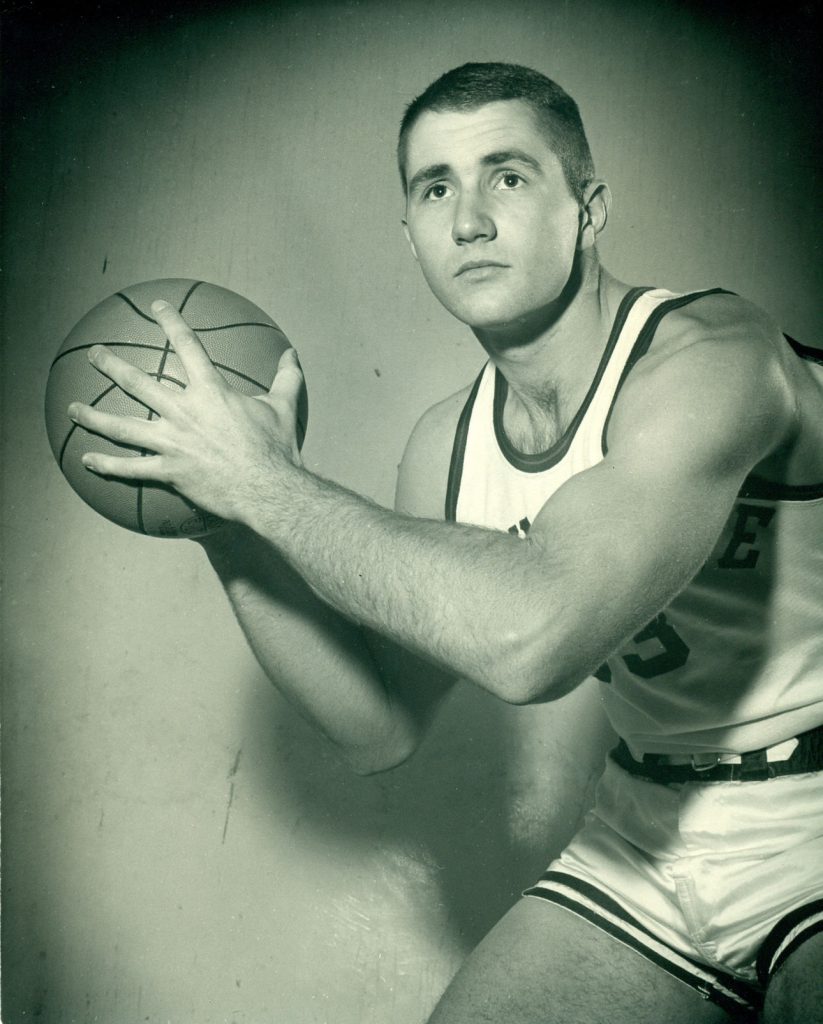