SALT LAKE CITY (AP) — The trade that sent 22-year-old Enes Kanter from Utah to Oklahoma City is unlikely to pay immediate dividends for the Jazz.

General manager Dennis Lindsey knows that and isn’t afraid to acknowledge the deal was made with an eye on the future. He called the ongoing rebuild “long and arduous.”

The Jazz (19-34) gain financial flexibility with veteran Steve Novak and Kanter, who is eligible for restricted free agency, off the books. The Thunder gave up a protected 2017 first-round pick and the Pistons’ second-rounder is also slotted for 2017.

The move opens minutes for second-year center Rudy Gobert, who ranks No. 4 in the league in blocks, but takes away an offensive weapon in Kanter, who was averaging a career-high 13.8 points. Lindsey said this also allows them to be more active in free agency.

“When you make decisions like this, it’s not just the return you’re seeing on a player,” Lindsey said. “It’s how you use the dollars that you would have spent on that player.

“We’ll continue to put one foot in front of the other and be very process oriented and we’ll make those overtures to those significant players that deserve maybe all of our salary cap allotment. … If I’m a veteran, I can start to see the pieces … start fitting together. The charge here is to be a contender and a consistent contender. Many times, that’s why you have to take the long view.”

Lindsey said there was some trepidation about saying goodbye to a former No. 3 overall pick that is young and still developing. Kendrick Perkins won’t steal minutes from Rudy Gobert and the final year of his deal could be bought out. That puts more responsibility on Gobert, Derrick Favors and Trevor Booker in the frontcourt.

Coach Quinn Snyder said he didn’t speak with Gobert about it being his time to shine.

“We didn’t need to have changes in our roster for it to be Rudy’s time,” Snyder said. “I would like Rudy’s time to continue. It’s not just, ‘OK, here we go. Rudy’s got work to.’ If it can be part of his time and steps, that’s kind of the way I’d like him to embrace it.

“That’s why he’s made progress to this point — he’s been hungry. No one’s arrived yet. Rudy, our team, Derrick … none of us.”

Roles will be tweaked with Kanter gone. He had the ability to step out and knock down perimeter jump shots and gave Favors more room inside. Gobert is still developing offensively and will stay closer to the basket. Favors, 15.9 points per game, will likely have a heavier offensive load.

“Obviously, teams pay a lot of attention to Gordon (Hayward),” Favors said. “It’s probably going to be on me to help him out a little bit more on the offensive end. That’s something I’ve got to work on and get better at.

“I’ve got to get better at playing at the high post.” 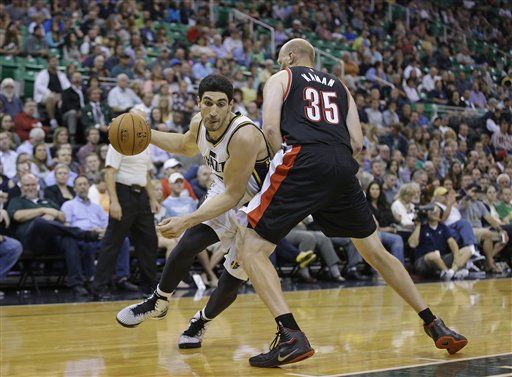 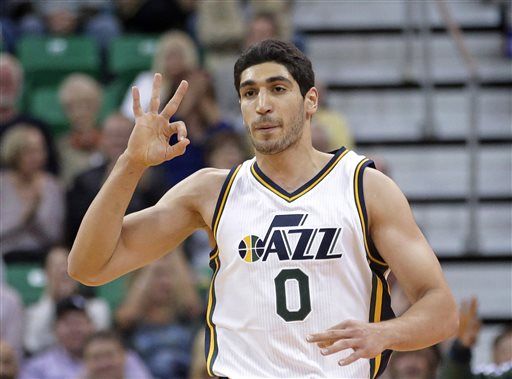 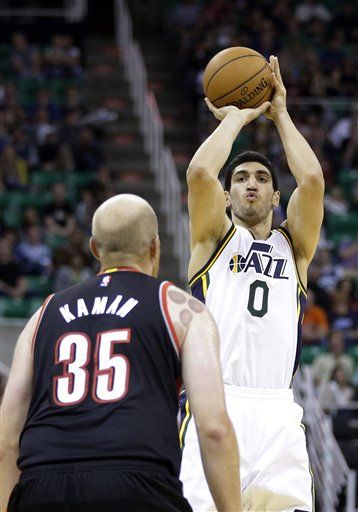