LOGAN — A past president of Pi Kappa Alpha has been suspended by the fraternity, as police and school administrators investigate a sexual assault that occurred at the frat house, near Utah State University.

Brent Phillips, Senior Marketing Director with the fraternity’s national headquarters said 26-year-old Ryan Wray was suspended from the fraternity and the local chapter, Gamma Epsilon has suspended all operations.

Phillips said other than general meetings between members, all operations and activities are being stopped while the investigation continues.

When officers interviewed Wray, he confessed to the assaults and also provided information on two other victims. He was arrested Tuesday on an initial offence of forcible sex abuse, a second-degree felony.

Phillips said members of the Logan chapter are upset and are holding Wray accountable to what level they can since he has now been suspended.

USU public relations director Tim Vitale said school administrators sent an email to Wray, asking him to appear at an administrative hearing, Wednesday afternoon. He reportedly did not show up for the hearing and has not been in contact with the school. 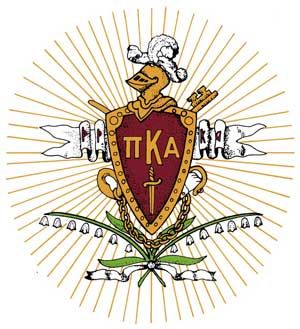