NIBLEY – Discussions took place during Tuesday’s council meeting regarding what to do with the ‘T’ intersection at 3200 South, but no plans were set. Not only have the number of auto accidents at the intersection been increasing, but currently there is no crosswalk for pedestrians to cross SR 165, a 45 mph street that divides the city.

“It sounds like the consensus that we have is that we need to go out and do a little more homework,” Mayor Shaun Dustin at the conclusion of the meeting.

The problem for Nibley officials is that the city has no say as to whether a crosswalk goes in or not. The road is owned by the state and the Utah Department of Transportation (UDOT) makes the decisions. According to UDOT policy, because the road is a ‘T’ intersection, either the amount of pedestrians need to increase or the intersection needs to be converted into a four-way, cross intersection for a crosswalk to be safely put in.

The council discussed <a href=”http://www.nibleycity.com/images/government/city_council/2014/Nibley_Selection_Meeting_Presentation.pdf” target=”_blank”>three options</a> to try and bring a crosswalk to SR 165 by building a four-way intersection and a new road that would force UDOT to put one in. One of the biggest concerns is the impact to residents nearby. A major problem with the discussed options is that the constructed road would pass through private property and houses would need to be removed.

One potential plan creates an S-curve from 3200 S. that connects to SR 165. It would divert the main flow of traffic to a newly created intersection at 3100 S. across from Mill Road. Councilman Bryan Hansen said he didn’t feel like that option would make him happy.

“It wouldn’t create a real pleasant driving experience,” he said. “I think that we need to find a way to take that 3200 South and make a nice intersection that allows them to flow through and not create so many interruptions.”

Hansen had similar feelings about another option, which would extend 250 West one block north to 3100 South before turning and connecting to SR 165, using two roundabouts along the way. While this option is the most compatible with the city’s future plan for a town center in the area, some felt that they would be building “road to nowhere.”

“I think it would be really frustrating for me if I had to go down through two roundabouts before I could go out and take a left-hand turn to get out on the highway,” Hansen said. “I would think, ‘Who designed this and why were they thinking of me?’”

According to Hansen the best plan is option three, which would extend 3200 South through the intersection and create a road that would tie in with Mill Road on the east side of SR 165. It would be the least expensive option, but economic potential with this option is less due to recurring flooding and the road being separated by SR 165 from the rest of Nibley.

Councilman Larry Jacobsen said the situation could change anytime and doesn’t think any plans should be made immediately.

“Someone with enough money might be able to change those individual land owners opinion about what they want to do, and I respect that,” he said. “I respect that as an individual property right the same way I respect us not coming and taking your land. There are too many unknowns for us to do anything except put lines on the map and say, ‘Maybe.’”

Hansen said he feels like a decision needs to be made soon.

“I still feel strongly that we are in a situation where we have a dangerous intersection,” he said. “I love UDOT, I think they’re wonderful and they do great things, but that ‘T’ intersection is awful, and now I’m going to go ask my children to cross the road?”

Dustin suggested meeting with Millville and the Cache County Council of Governments to better research the situation and possibilities.

“If we can solve this problem by solving problems with other organizations at the same time to come up with better solutions then it sounds like that is really what the council is looking for,” Dustin said.

There are plans for future meetings and public hearings regarding the issues. 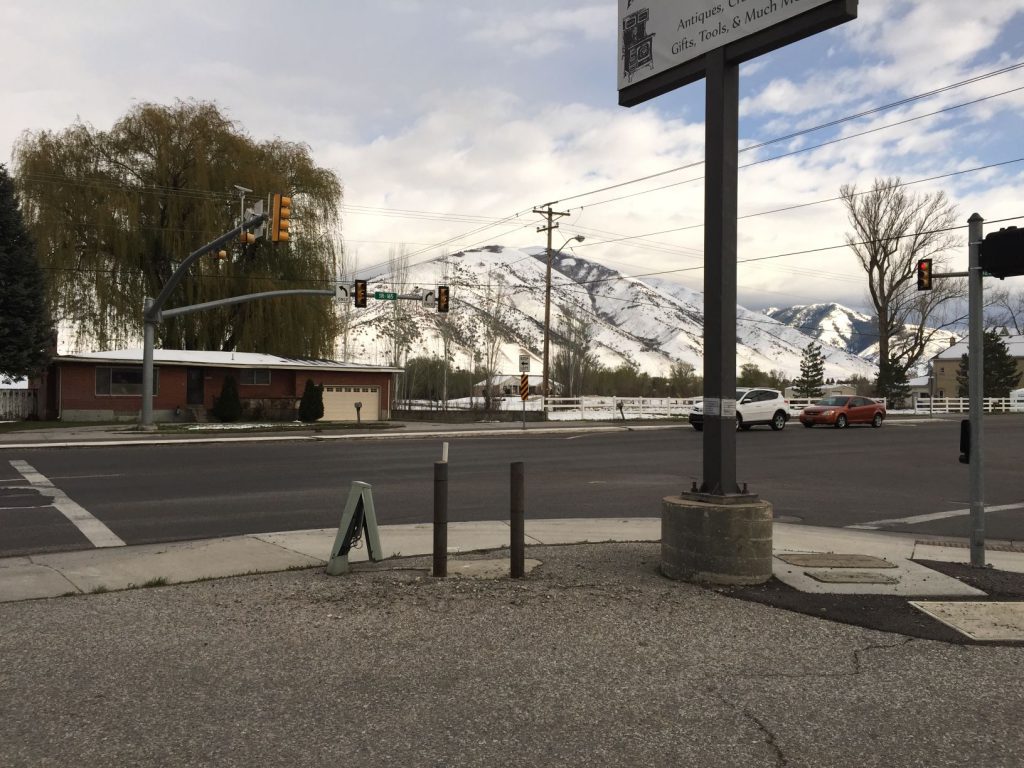