Some afternoon rain showers did not dampen the spirits of the students, teachers and parents at River Heights Elementary School Thursday. The students were able to learn about health and fitness while also helping to raise over $13,700 for the school and its Parent Teacher Association.

“That’s fantastic!” said River Heights Principal Glen Harris. “Just to give you a little perspective, we normally raise $6,000-$7,000 at our walk-a-thon.”

Far surpassing the fundraising goal wasn’t the only surprise of the afternoon. Utah State University mascot Big Blue was on hand to give out prizes and an Air-Med helicopter from the University of Utah Medical Center landed at the school.

Organized by the River Heights PTA and spearheaded by PTA president-elect Tiffany Putnam, the goal for the 2015 Walk-a-Thon was $8,000 but it was shattered by altering the method of donation this year. Rather than having students seek pledges of money based on how many laps they would make, students simply asked for a flat pledge amount.

Besides just raising money, taking laps was still strongly encouraged. Big Blue distributed prizes to those of each class who made the most trips around the track.

Even thought it started to rain while the Air-Med pilot was talking and answering questions, students wanted to get an up close look at the helicopter and talk to its crew.

A representative from the Bear River Health Department was also on hand to talk about the benefits of exercise and an active lifestyle. She told the students that being active improves brain function and will help them be better learners.

Half of the funds from the Walk-a-Thon will go toward a mobile Chromebook lab for the school and to fund morning recess which is held in the gym before school every day. The other half of the funds will go to the River Heights PTA. Those funds will go toward grants for the school, and funding PTA activities like Western Night, Fall Movie Night, Dr. Seuss Night, Valentine Tea, Green Ribbon Week, and other activities.

Because the students surpassed their fundraising goal, Principal Harris had to spend Friday afternoon on the roof of the school. 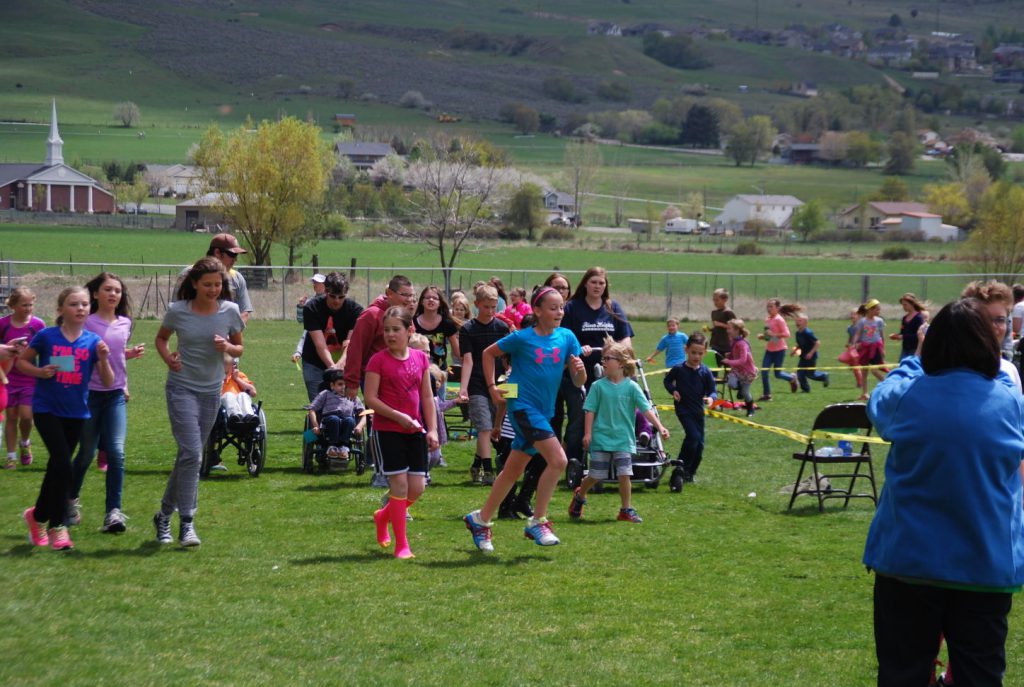 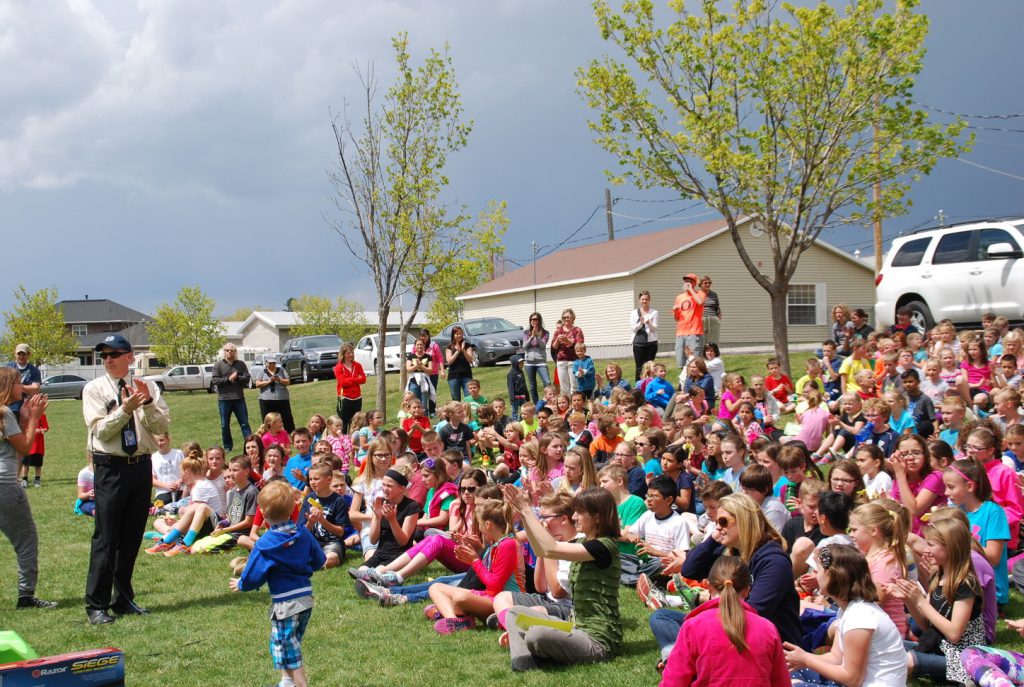 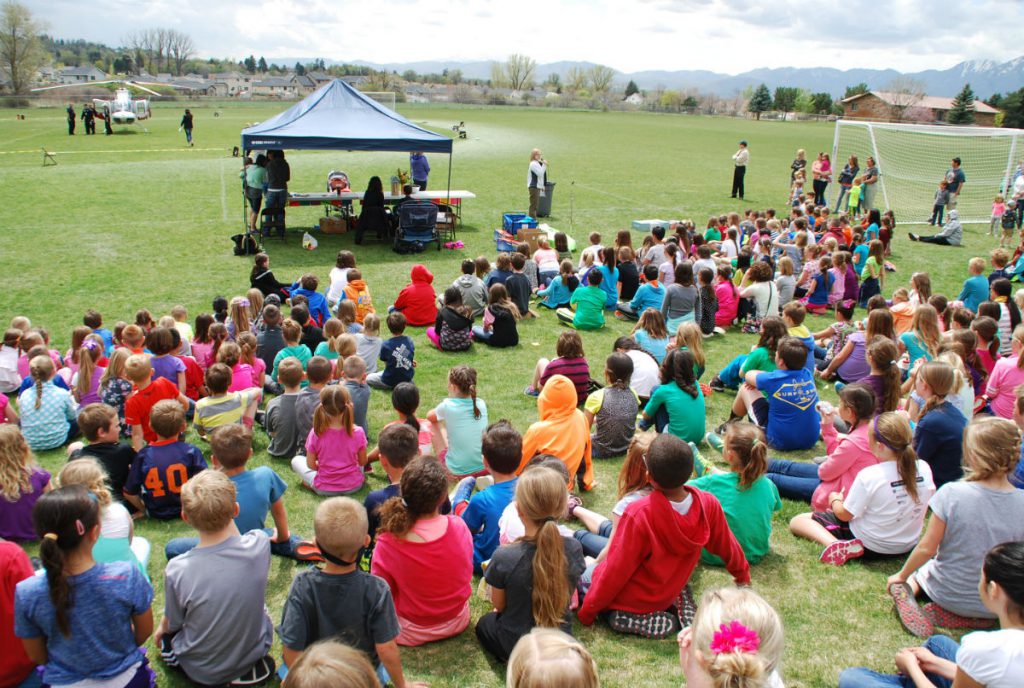 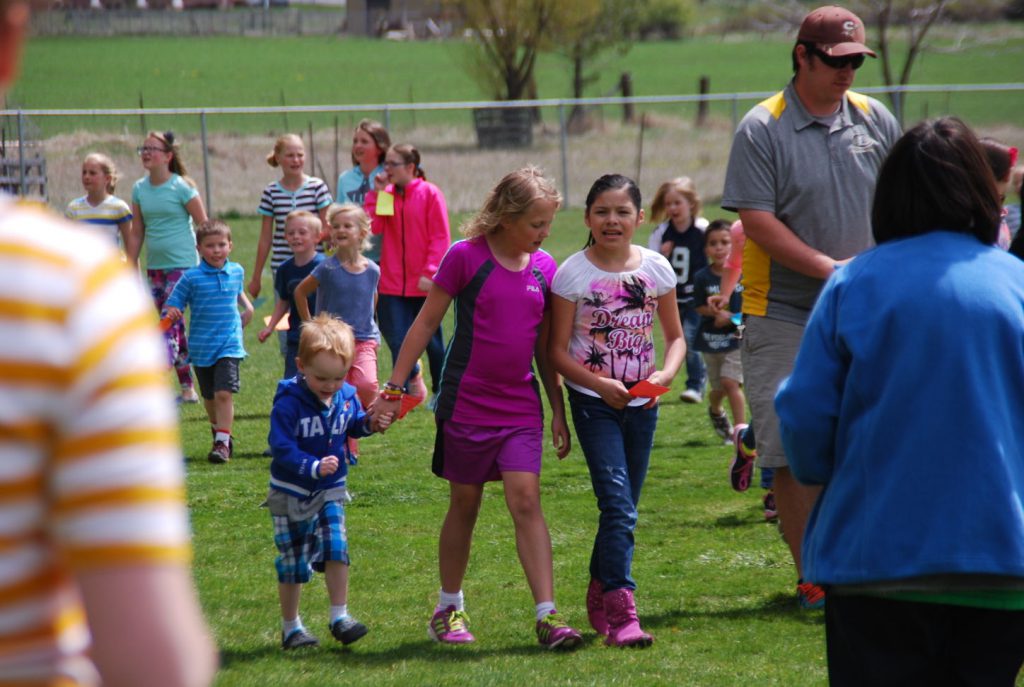 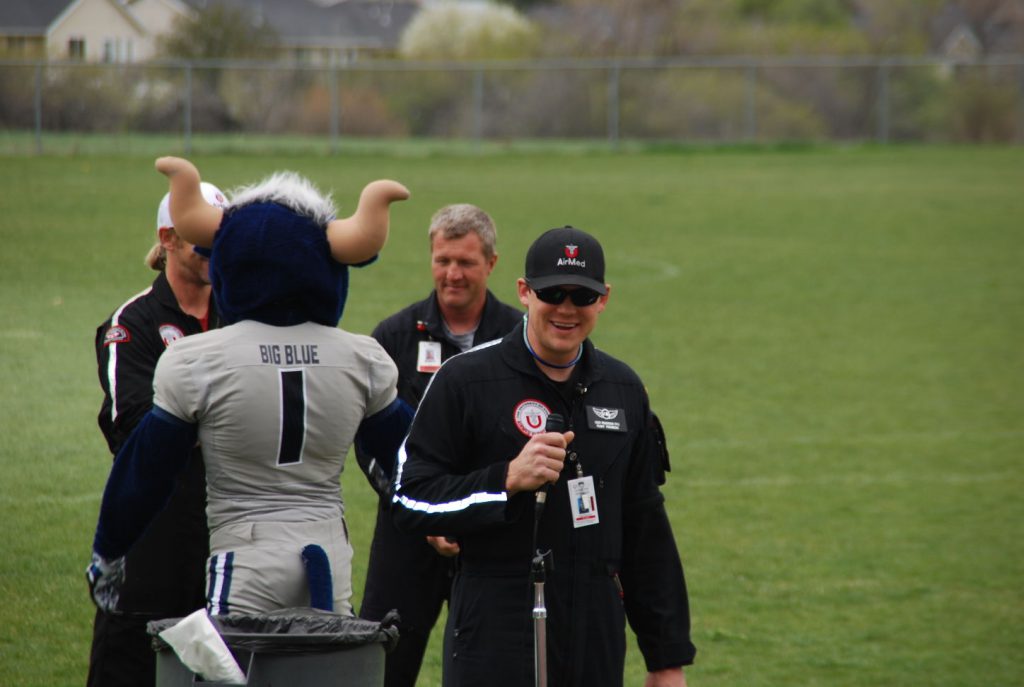 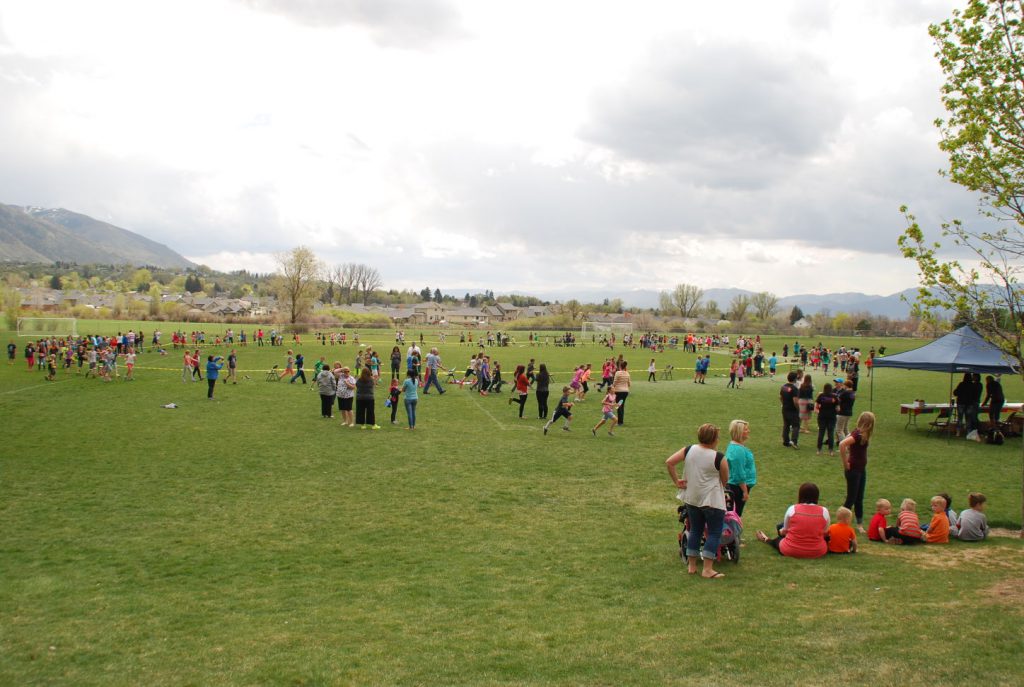 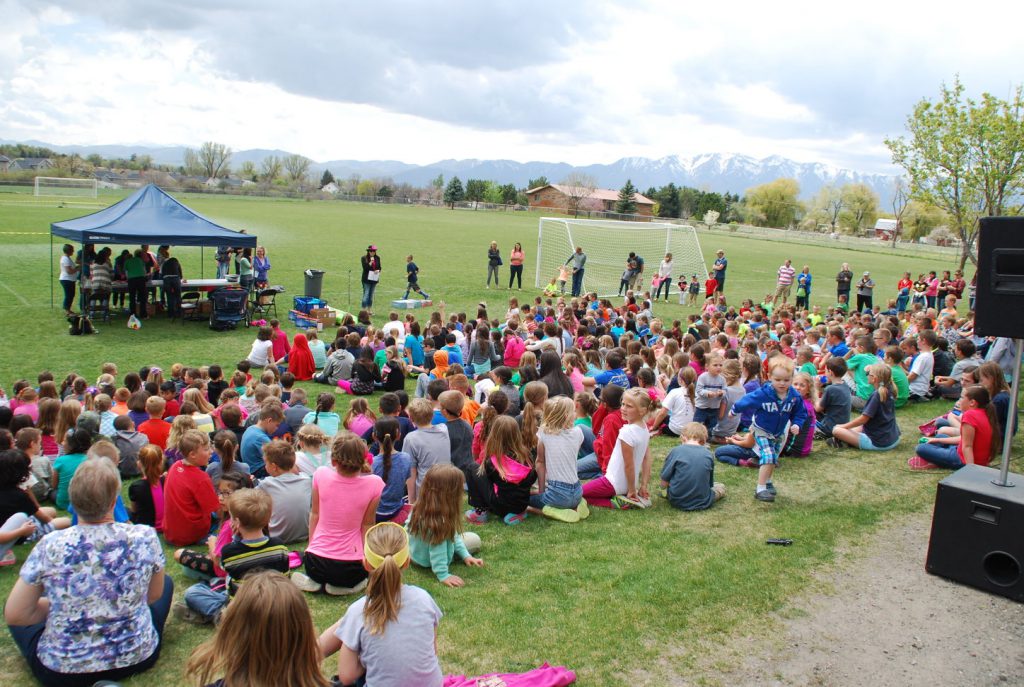 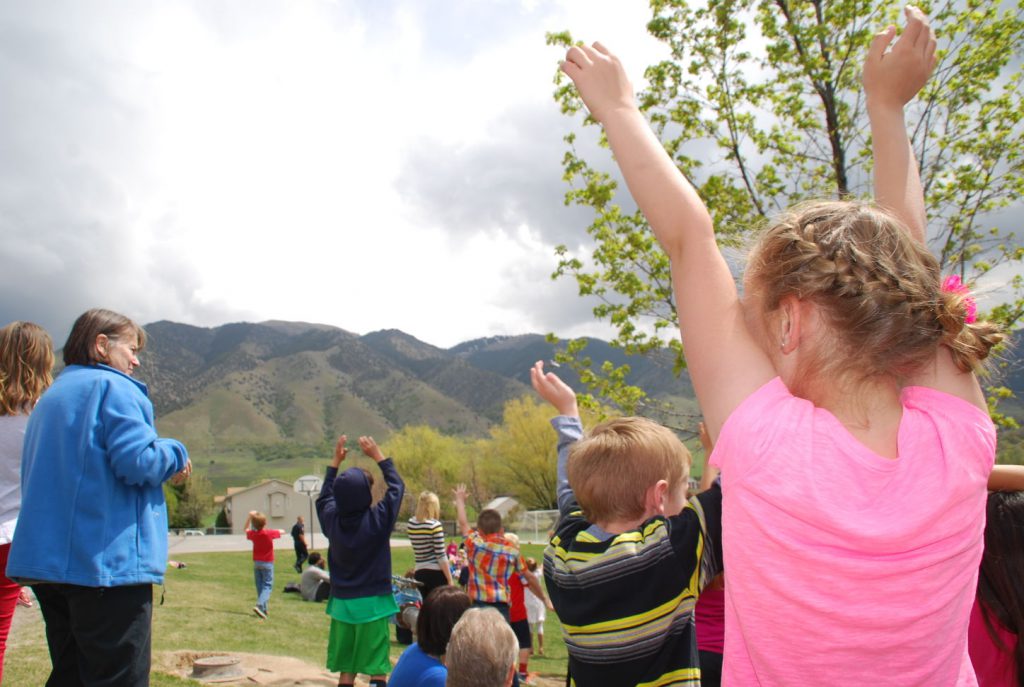 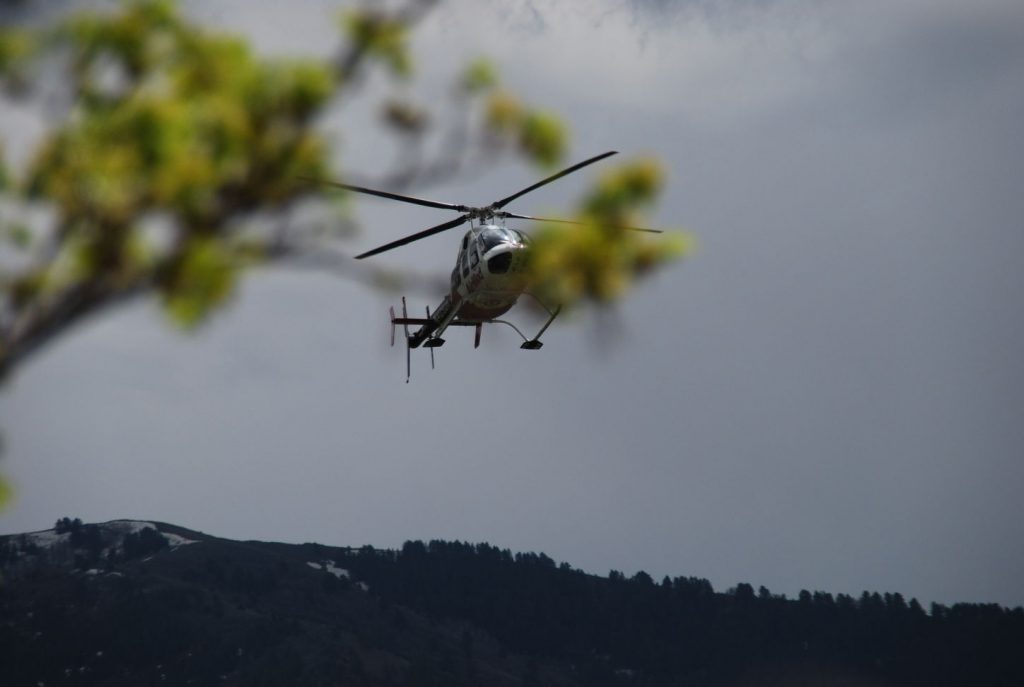 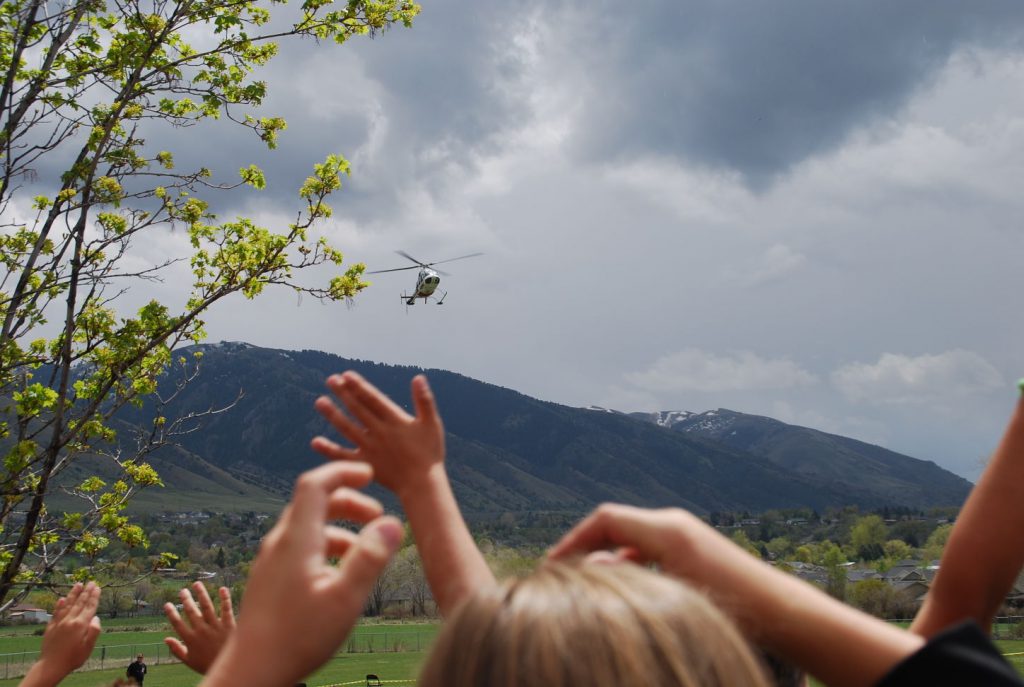 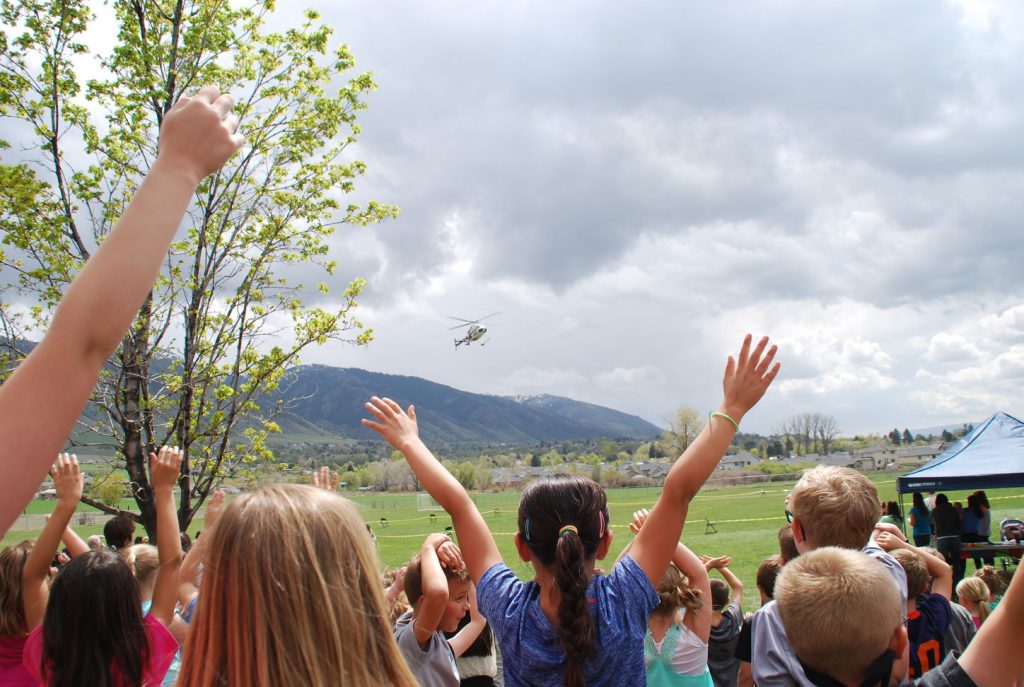 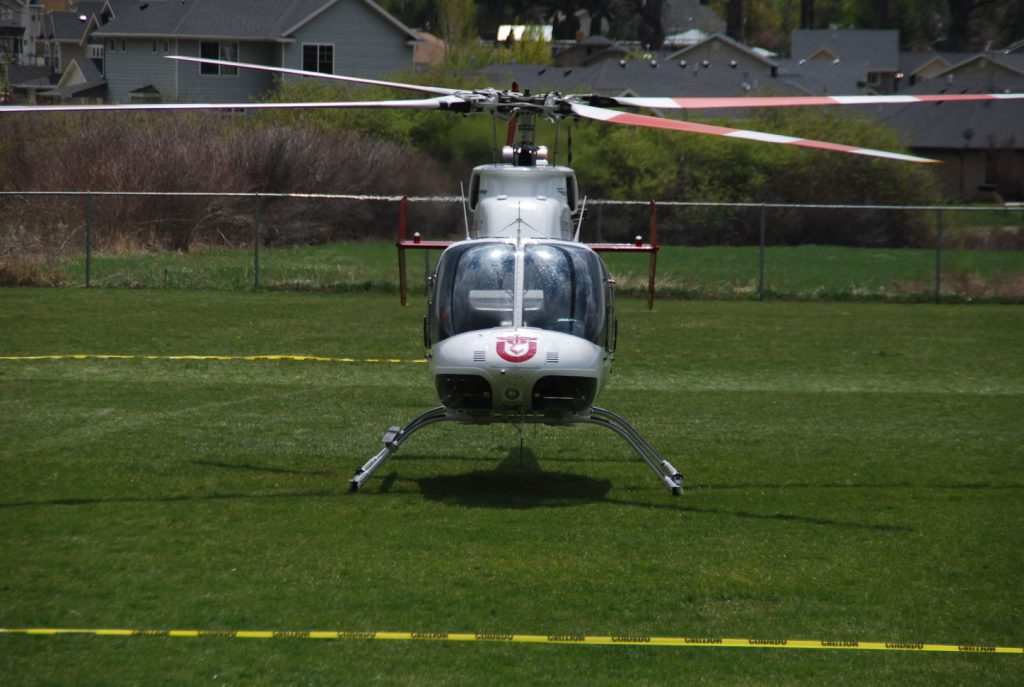 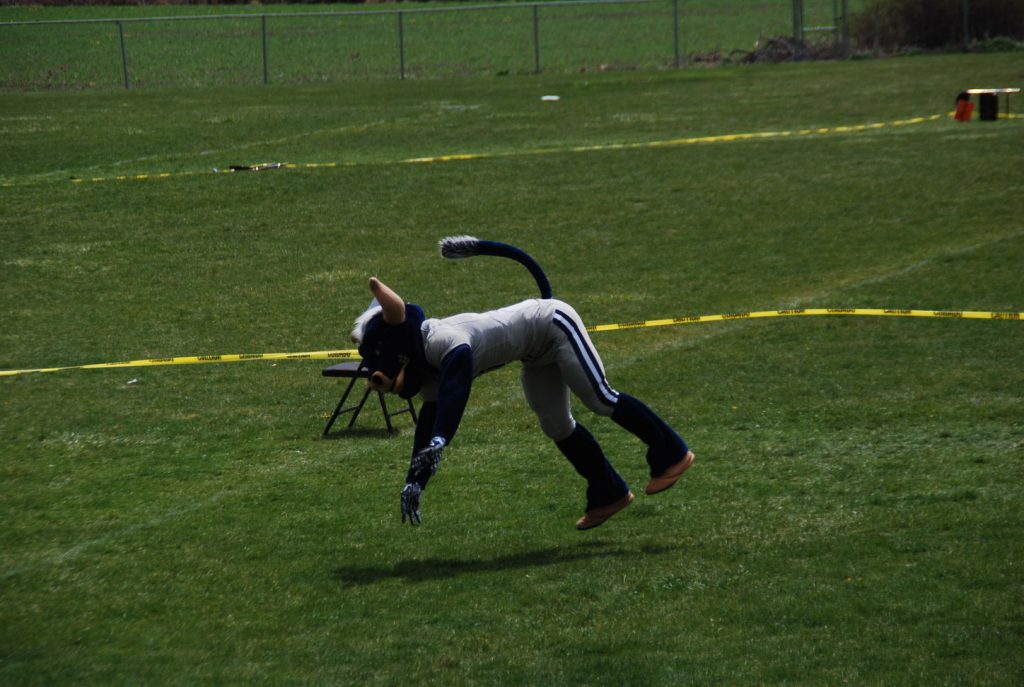 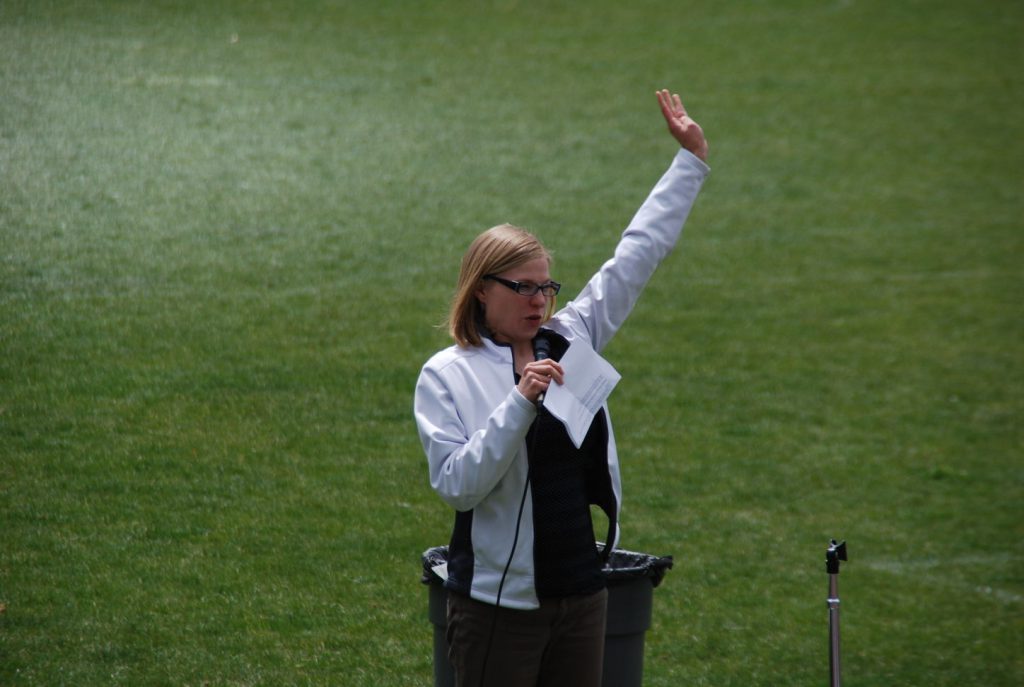 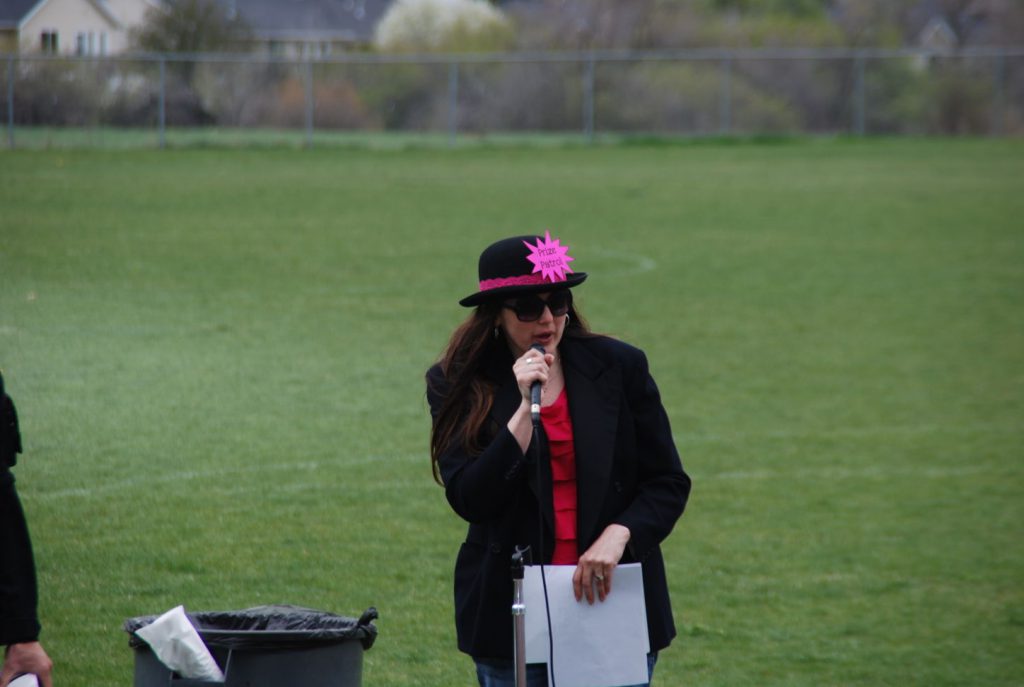 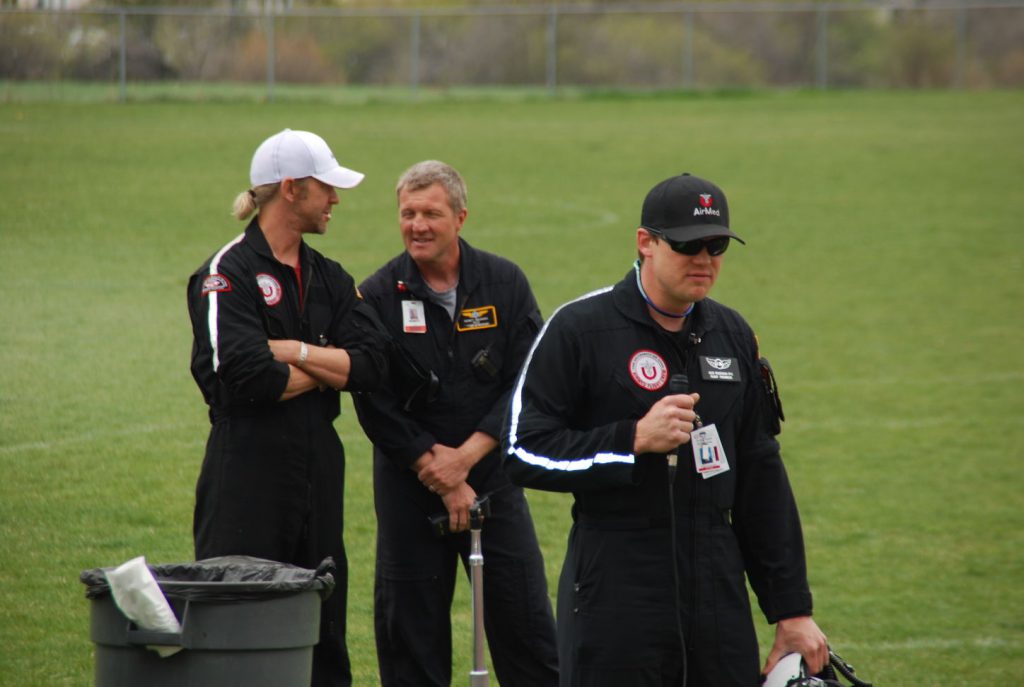 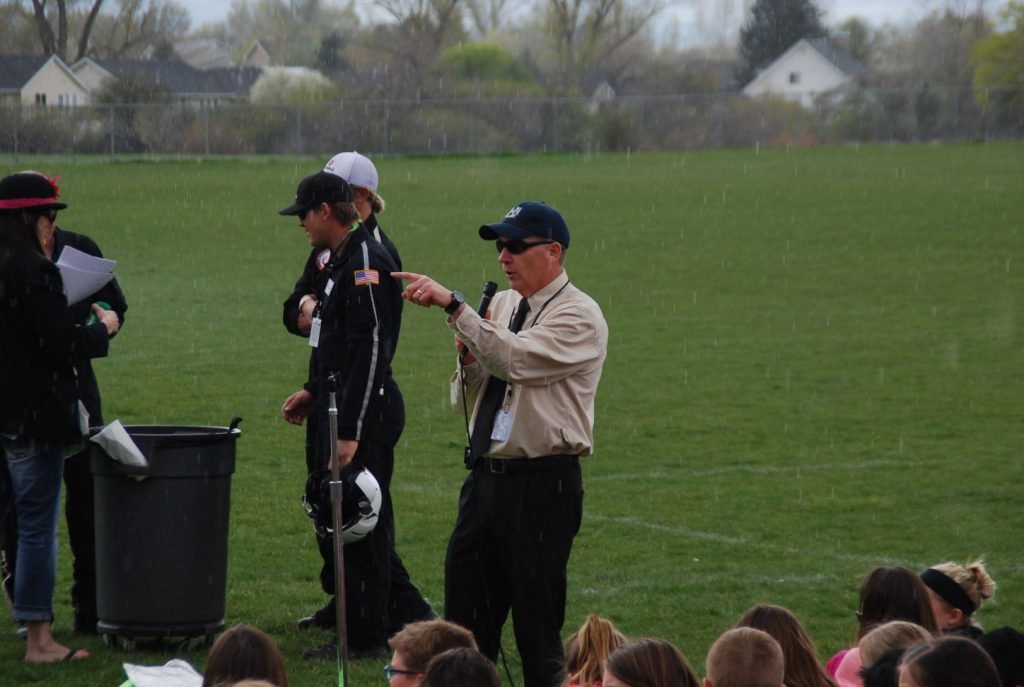 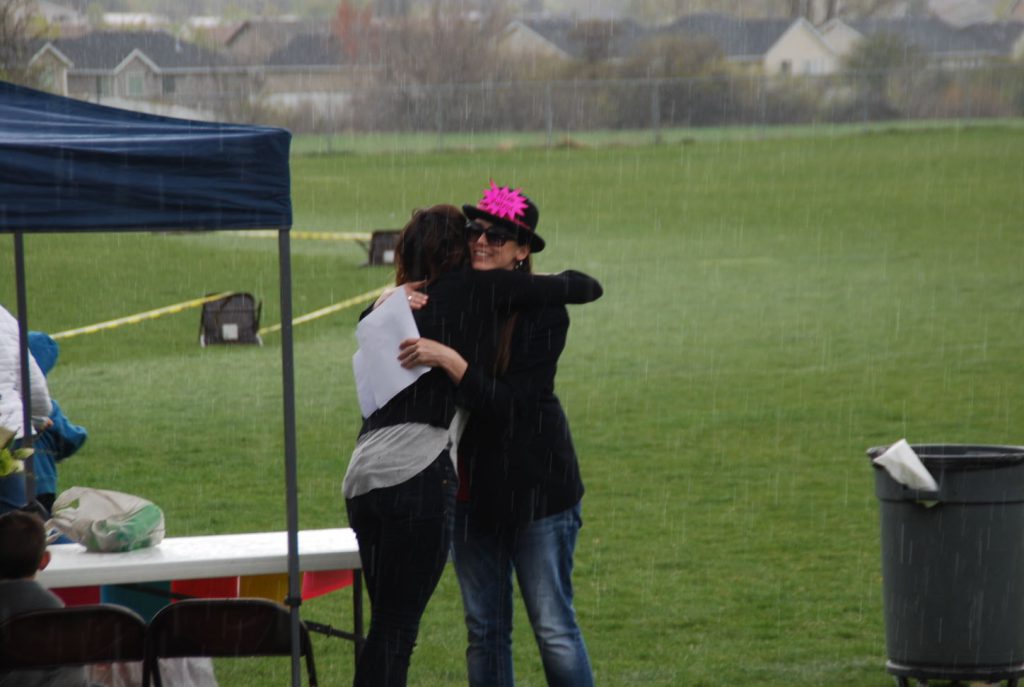 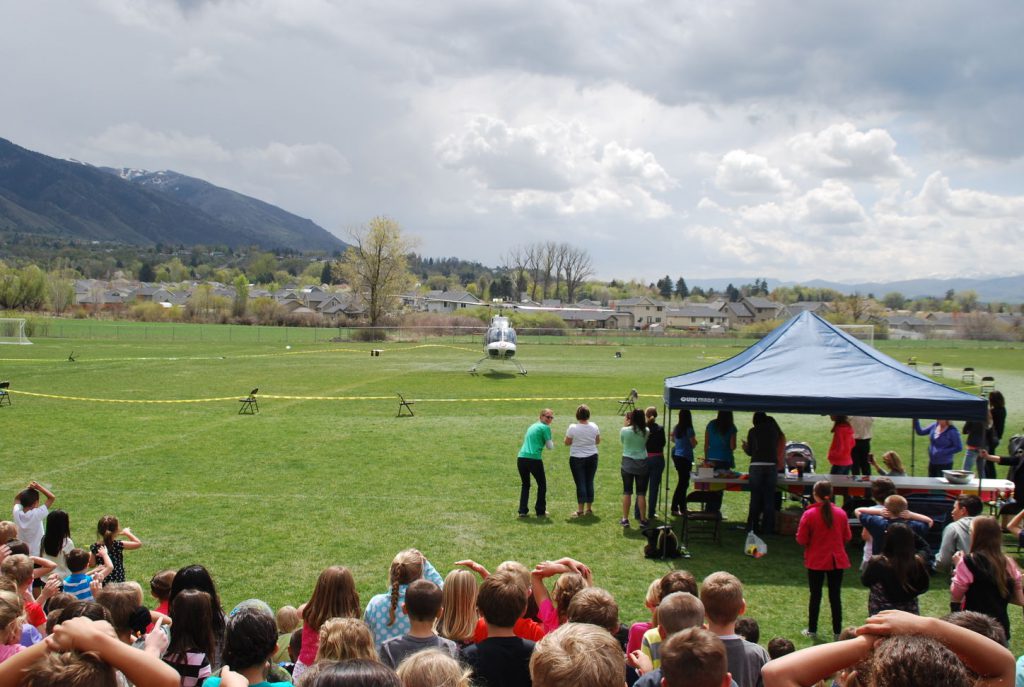 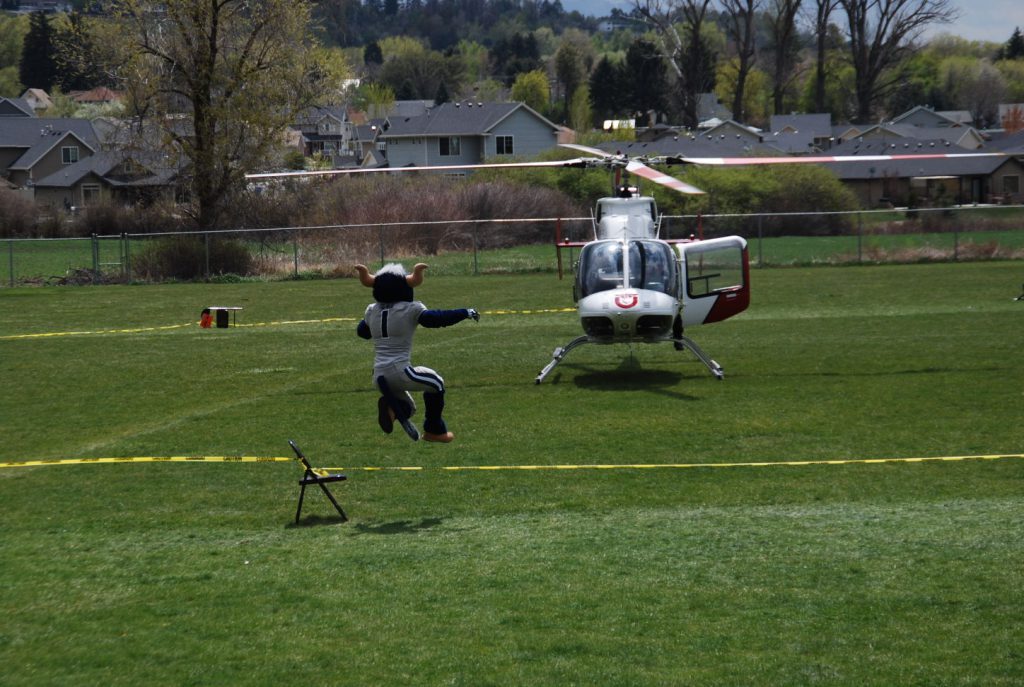