James Kelly Pilgrim, 41, arrested April 26, 2014, in the shooting death of Chad Kirk Andrus.  Pilgrim is being charged with second-degree murder, aggravated assault with a firearm and unlawful possession of a firearm by a felon.

PRESTON, IDAHO — A 42-year-old former Richmond man has been sentenced to 25-years-to-life in prison, for murdering 43-year-old Chad Andrus and threatening to kill another man during a fight in April 2014.

Before being sentenced Pilgrim told the court, nothing he could say would make the situation any better for anybody. He said everybody lost something because of what he did that night.

Pilgrim shot and killed Andrus early on the morning of April 26, in an out-building near Andrus’ home in Preston. The two were drinking and listening to music with some other men when a fight reportedly broke out.

Witnesses told police they saw Andrus fall to the ground after hearing three-or-four shots. It was later determined that Pilgrim had two handguns and shot Andrus four times. He then pointed one of the guns at another man and asked him if he wanted to die.

Pilgrim was knocked unconscious by Andrus’ son Tyler, who witnessed the shooting and used a “dumbbell” to strike him on the head.

When Pilgrim accepted a plea deal with state prosecutors it was recommended to the judge that he be sentenced to 30-years in prison with 15-years fixed.

Judge Brown refused the recommendation saying he felt blindfolded because Pilgrim refused to talk about the night of the murder, claiming he couldn’t remember what happened. He also noted Pilgrim’s criminal history that began when he was 15-years-old, including a previous conviction for threating to kill his former wife and children. He said the community is jeopardy if he is not locked up. 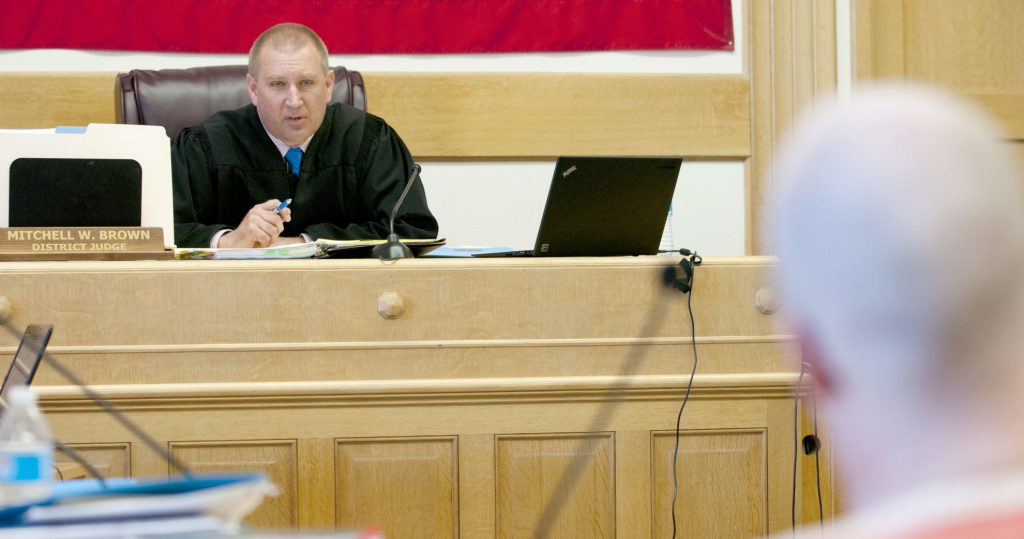 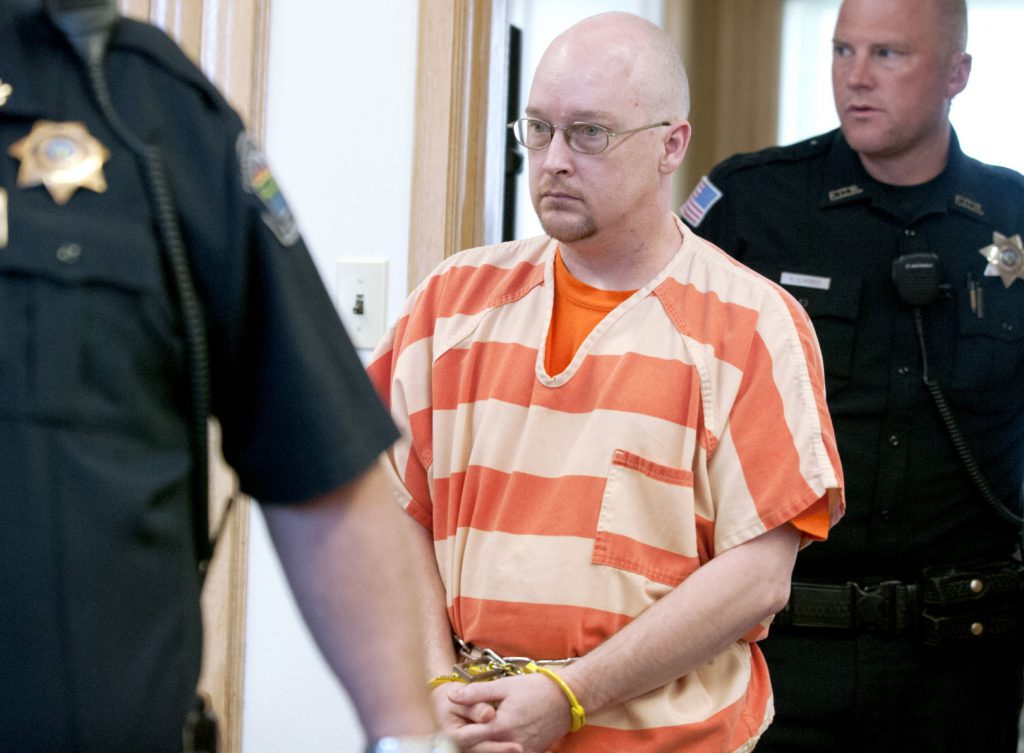 James Kelly Pilgrim is led into the courtroom by Franklin County Sheriff's deputies prior to his sentencing hearing on Thursday morning in Preston. (John Zsiray/Herald Journal)