Lt. Lee Perry said the visit was part a yearly campaign called “Click It for Creamies.”

“My troopers, the other supporting agencies, Logan or Cache County Sheriff’s Office, whoever happens to be in that jurisdiction will come out and help us,” said Perry. “We come out and watch for the young people coming out of the parking lot and reward them for wearing their seat belts.”

The event is goes along with the “Click It or Ticket” campaign, sponsored by the Utah Department of Transportation (UDOT).

Perry, who is also a state representative in the legislature, sponsored a new law this year making it mandatory for everyone to wear a seat belt when inside a vehicle. He said over the course of his career he’s seen personally that seat belts save lives.

“They are also a control device,” said Perry. “They help you stay in control of the car and too many people miss that part of it. They go, ‘it’s my personal choice whether I end up dying and getting ejected from my car.’ The bigger factor for me as a highway patrolman is, if you lose control of your car you can hurt someone else.”

Since Utah’s primary seat belt law went into effect May 12, Perry said he has seen a noticeable increase in the number of people wearing seat belts.

He said troopers visited Mountain Crest Monday and will be visiting the other local high schools later this week.

Perry said the first time someone is stopped for violating the new law, they get a warning. The second time, motorists could face a $45 fine, which can be waived by taking a 30-minute online safety course. 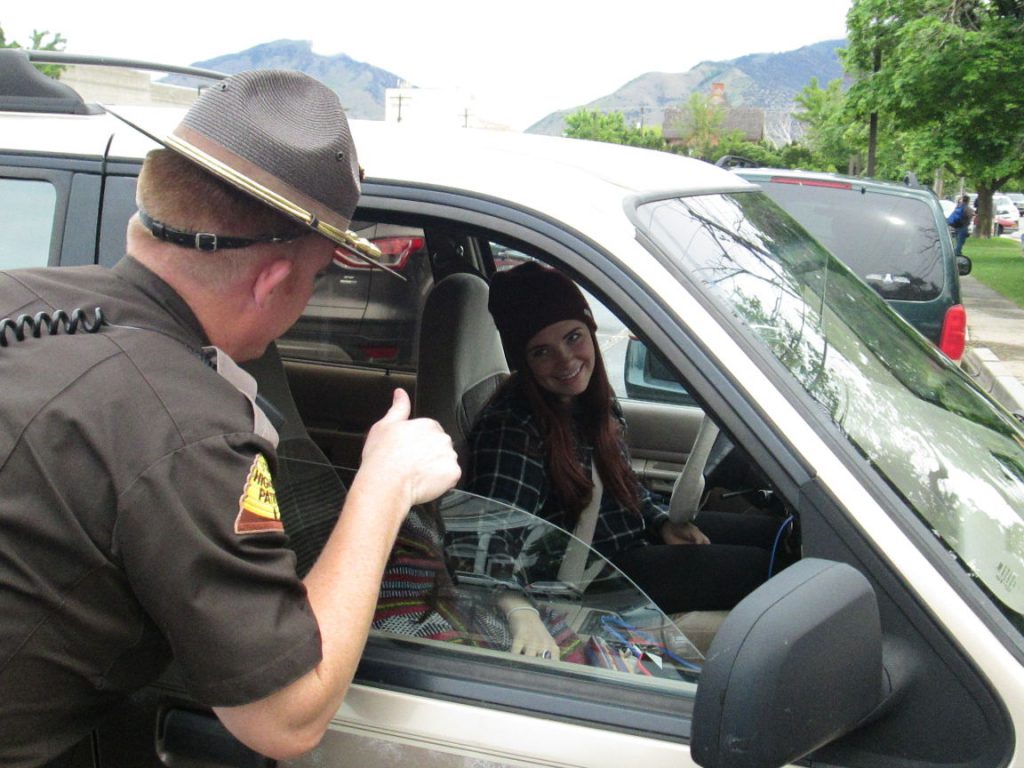