Sister Donna Smith Packer, surrounded by family, follows the casket of her husband, President Boyd K. Packer as it enters the historic Tabernacle on Temple Square as members of the Quorum of the Twelve Apostles and Presidency of the Seventy reverently show their respect, July 10, 2015.

Thousands filled the Tabernacle and other locations on Temple Square in Salt Lake City on Friday, for the funeral of President Boyd K. Packer of the Quorum of the Twelve Apostles of The Church of Jesus Christ of Latter-day Saints.

The service, held under the direction of the church’s First Presidency, was attended by general authorities and auxiliary leaders, along with community and civic leaders and members of President Packer’s family.

Elder M. Russell Ballard of the Quorum of the Twelve Apostles described President Packer as a master teacher.

“As I have often said of him,” said Elder Ballard. “He is an Apostle of the Lord from the crown of his head to the soles of his feet. He wore out his life in the service of the Savior of the world.”

Elder Dallin H. Oaks, also of the Quorum of the Twelve Apostles said President Packer will best be remembered for his talented teaching ability.

“He loved and promoted the use of the scriptures,” said Elder Oaks. “And he was renowned for his focus on the central and eternal importance of the family. He taught that the study of doctrine will improve behavior quicker than a study of behavior. This encouraged us to teach doctrine and principle rather than rules.”

The concluding speaker was Church President Thomas S. Monson who referred to President Packer as a longtime friend. He also spoke of the fifty plus years the two of them had served together, filling church assignments around the world.

“He was an inspired and talented teacher,” said President Monson. “His ability to express gospel truths was a gift he shared freely with the world. He possessed the ability to turn complex ideas into language easily understood by all. He taught with power and with authority.”

President Packer died on July 3 at the age of 90 from natural causes. He is survived by his wife, Donna, their 10 children and many grandchildren and great-grandchildren.

President Packer was buried in the Brigham City Cemetery. 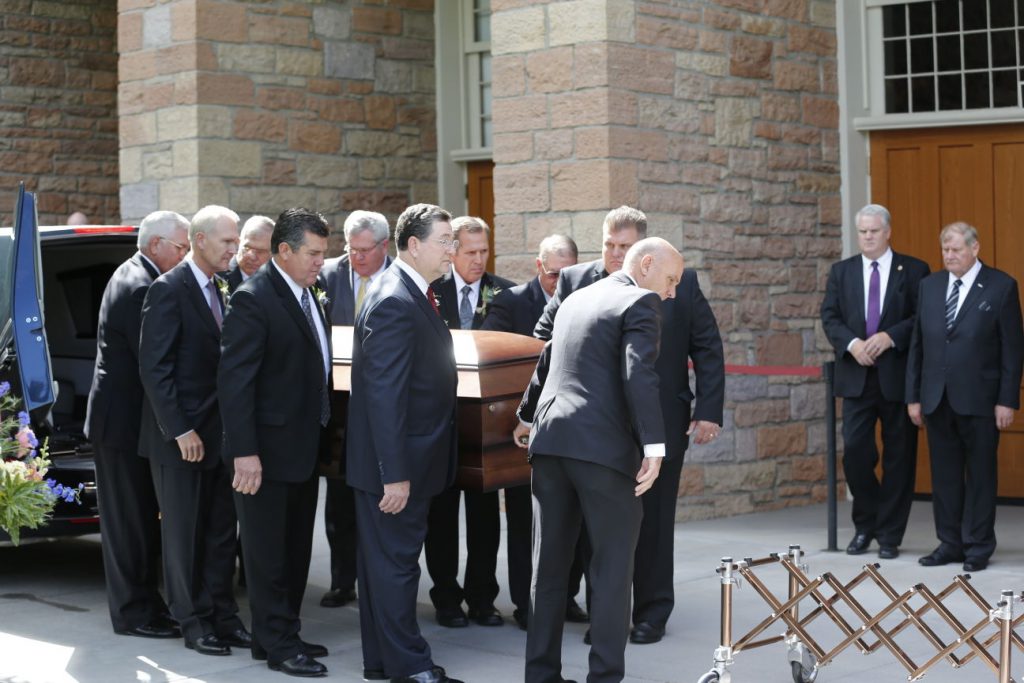 Pallbearers remove the casket of President Boyd K. Packer from the hearse prior to entering the historic Tabernacle on Temple Square in Salt Lake City, July 10, 2015.