LOGAN — A former Utah State University football player has been sentenced to serve 15-days in jail for sexually assaulting a prostitute, last year at a local hotel.

Hayden Weichers appeared in 1st District Court Tuesday morning after previously pleading guilty to one count of distribution of a controlled substance, a third-degree felony and one count of sexual battery, a class A misdemeanor. He was originally arrested in November, 2014, after a woman claimed she was drugged and raped by him at a local hotel.

Before being sentenced, Weichers told the court he was sorry for everything he had done and for embarrassing USU and the community. He told the judge, he had fallen into a dark place during that time and was now trying to change his life.

Weichers’ defense attorney, Edward Brass had asked the court for a lesser sentence saying his client had already been punished, losing his scholarship at USU and the chance to play football for the Aggies.

Prosecutor Barbara Lachmar argued that the state failed to render justice in letting Weicher’s originally plead guilty to lesser charges. She said Weichers had been given everything in life and still he chose to cruelly hurt the female victim.

Judge Brian Cannell said he was also concerned that Weichers showed no remorse to the victim and ordered him to write a letter of apology to her as part of his sentence.

Following Weicher’s arrest in November, USU football coach Matt Wells announced the wide receiver had been suspended from the team for a violation of team rules.

Weichers is from South Jordan, Utah and played for Bingham High School. He is now attending school at Salt Lake Community College. 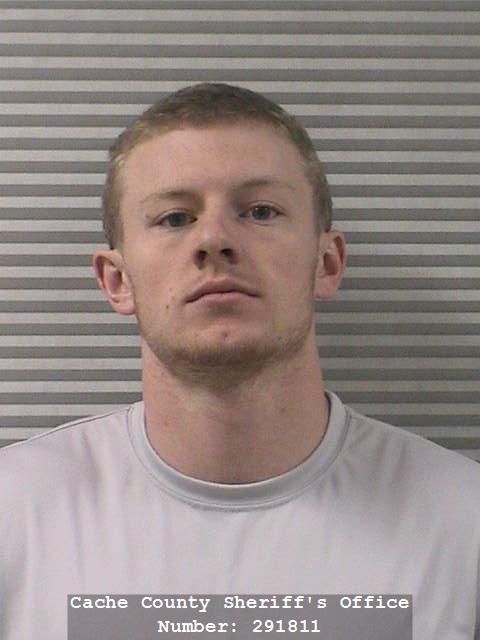 Gregory Hayden Weichers, 20, arrested in October and charged with distribution of a controlled substance, a third-degree felony and one count of sexual battery, a class A misdemeanor. In November, he was charged with soliciting a prostitute, a class B misdemeanor and later pleaded guilty.