Climate is like a perfume. It can transport you to familiar times, people, and places. The blazing heat in Logan has taken me back to my childhood home in subtropical Hong Kong, meaning “fragrant harbor,” and to my maternal grandmother who lived an industrious and temperate life as a centurion.

As children we complained whenever it got “too hot” and it always did in the summer when both the humidity and temperature easily got up to the sweltering 90-degree range. Whether it was in the remote village I grew up in or the big city where most of the 3.6 (now 7.2) million people lived, the summer heat seemed to permeate every corner of the former British colony’s 426 square miles, which is less than half of Cache Valley.

While we could argue all we wanted that the heat was an objective and scientifically measurable matter, Grandma never seemed to understand what we were really complaining about. It never got too hot for her anyway.  Getting on with her daily chores without an electric fan, the biggest extravagance of our day, she would take a signature stance with her usual grace, citing an ancient poem of Bai Jü Yi,  “When your heart is calm and cool, so will you be,” or xin jing zi ran liang (心静自然凉). So I tried to talk myself into the idea all over again, literally sweating it, and hoping to make it work in Cache Valley, where the conditions are much more favorable.

While chanting the magical phrase in an imagined duet with my grandmother in the native Hakka dialect, I was brought back some 1200 years, to Tang Dynasty. So here’s how the legend goes: Bai the poet was said to pay regular visits to the head monk Heng Ji in a Buddhist temple, each time asking a question in search of light and truth. On one of these visits he noticed that the spiritual giant was sitting in a comfortable lotus position on the scorching floor. So he ventured to question why Heng was indifferent to the extreme heat and was not bothered, out of all the cooler places in the temple, to find himself an alternative spot. With a puzzled look on his long bearded face, Heng replied, “Why? It feels cool right here and now.”

And there and then a revelation hit Bai like a ton of bricks – you get what you pay attention to! With grateful fascination, he went on to share the Zen philosophy behind his newfound freedom in a four-stanza poem from whence grandma’s summertime buzz proverb came. Without worrying if I would or would not be able to tough it out, I too began to just “get on with things.” Whoever said Zen has to be all wrapped up in chants and incense? 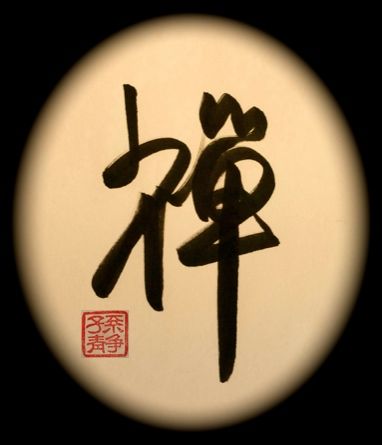