Urban residents in Utah and other states are often waking up to the rasping calls and not-so-soothing coos of growing populations of feathered friends or in some cases, feathered fiends. Some of the new urban invaders may be native species that have traded inhospitable rural landscapes for the food and protection of urban parks, golf courses, cemeteries, green spaces and backyards.

An invasive species is one that is not native to the area and is threatening the local ecosystem, economy or human health. Some of the more common urban invaders that were not native to North America date back to the mid-1800s and include the European starling and the house sparrow. Not all non-native birds are naturally invasive. Many can adapt to different ecosystems without harmful effects. When a species has a drastic negative impact in a new area, however, it is considered invasive; but that same species may not be harmful in a different region, and would simply be considered non-native.

Additional bird species that may be considered invasive, again depending on perspective, include native species such as Canada geese, mallards, American crows, magpies and the common raven.

Invasive birds can cause a wide range of problems, not only for native species but also for the ecosystem. Common problems include competition for nesting sites, competition for food sources, consumption of agricultural crops, transmitting diseases, increased human-wildlife conflicts and disruption of ecological predator/prey balance. Human activities subsidize their populations by inadvertently providing food and nesting areas.

The numbers and distribution of the common raven, American crow and the magpie have increased throughout North America and are influencing avian communities in complex ways. For example, the common raven is cause for concern because it is a nest predator of sensitive species, including the greater sage-grouse, which is a candidate species for protection listing under the Endangered Species Act.

To cope with the rise of the feathered invaders, consider these tips.

* Because invaders may select a specific area to nest and roost, clear low brush to reduce nesting habitat in areas where they are concentrated. This method reduces habitat for all wildlife, however, so use caution.

* Removing or thinning roost trees will force crows, magpies and the Eurasian collared-dove to find new roost sites. The primary factor to consider is the number of trees that need to be removed to reduce cover and force relocation. Usually, removing only a few trees will discourage magpies and crows.

* Frightening devices can be effective, but these are usually restricted in urban areas. The mere presence of a person will normally keep crows and magpies at a distance. Devices such as scarecrows and other effigies, eye-balloons, hawk kites and Mylar (reflective) tape can help deter magpies and crows. These are generally effective only for a short time, but moving them around the yard regularly can increase their effectiveness.

* Pyrotechnics or fireworks that explode, whistle or scream after being ignited can be used to repel invaders. However, their use may be restricted in urban areas, so check with local authorities before trying this method. 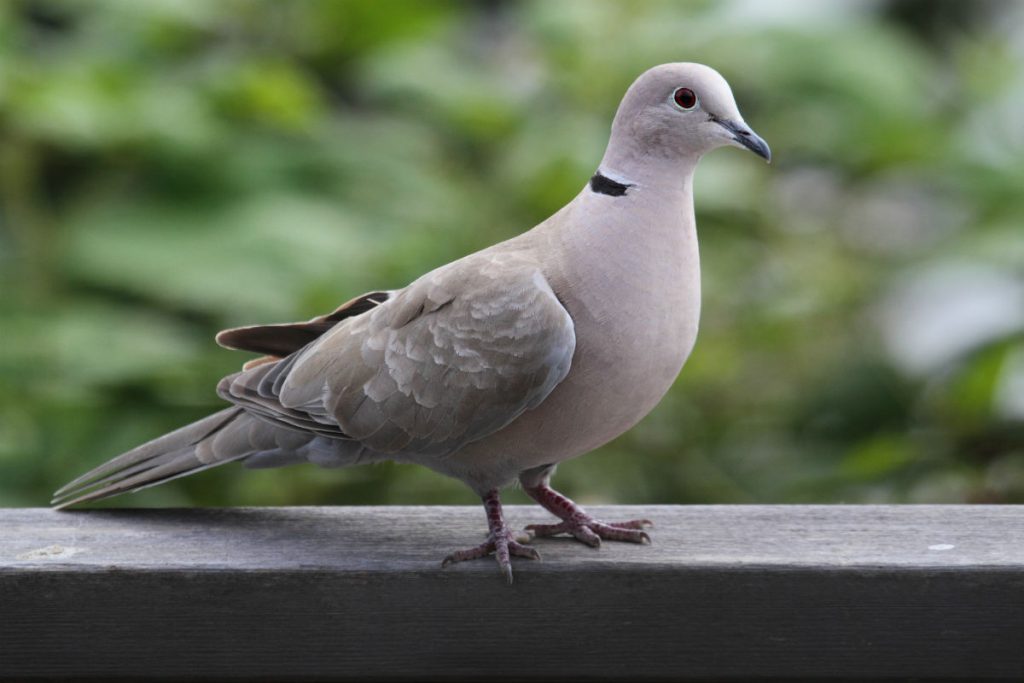