LOGAN — In spite of rain and colder temperatures, thousands gathered in downtown Logan to witness stage 1 of the Tour of Utah. The seven day stage race began in Logan for the first time as riders rode 132 miles through Logan Canyon and around Bear Lake with a finish back in Logan.

Reijnen pounded his chest as he crossed the finish line to cheers from fans, lining 100 East.

“I think that is something that is really hard to do often,” said Reijnen. “It’s really easy to put yourself into a box and say this race suites me and this race doesn’t and kind of almost predetermine the race before it happens.”

The race started on a sour note Monday morning, when news was released that 2013 and 2014 Tour of Utah winner Tom Danielson would not compete, after testing positive for synthetic testosterone.

Howes and Danielson both ride for team Cannondale-Garmin. After the race, Howes said the team is dealing with their teammate sitting out.

“Uh, I mean we are here at the Tour of Utah, we are here to race,” said Howes. “I think we showed that today. You get bad news, obviously morale is not amazing. You know we are here to do a job and that is what we are going to do.”

Stage 2 begins Tuesday morning as riders will race from Tremonton to Ogden. The seven-day event concludes Sunday in Park City. 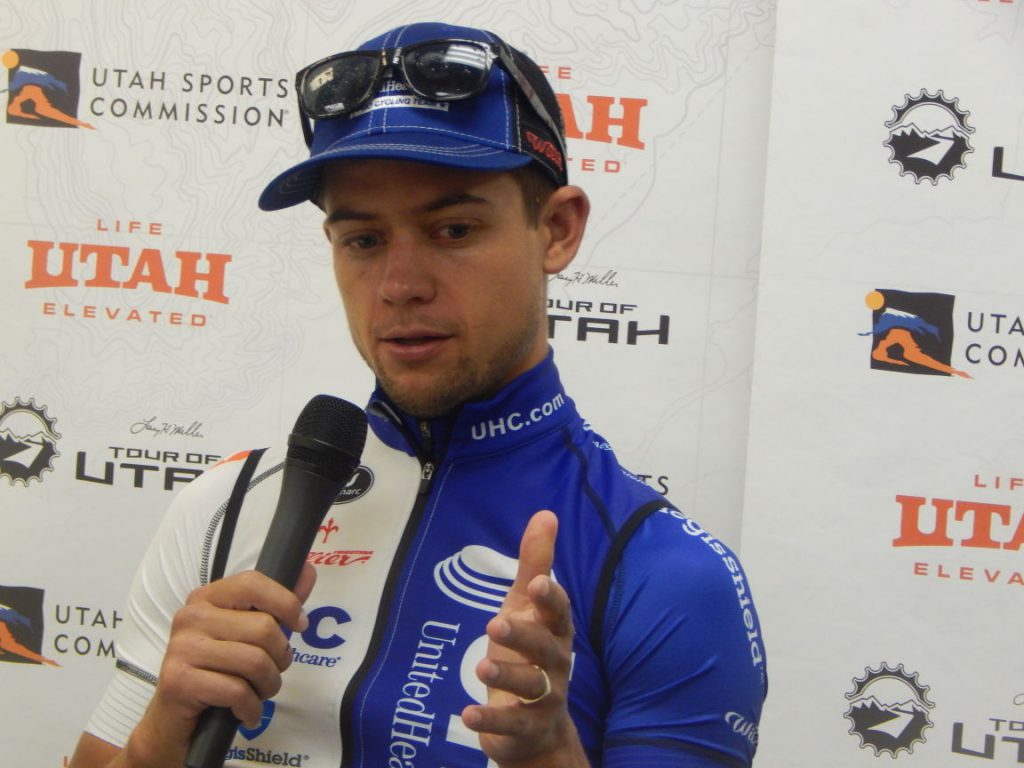